Leonardo DiCaprio got patriotic on the 4th of July by serving his country … as well as serving his guests during a volleyball game that he was REALLY into.

The Oscar winner co-hosted an Independence Day shindig Wednesday in Malibu with his pal, Sean Penn, and got down for a save during a friendly match. Sean appears to have stayed out of the sand, but it’s all good — Leo had it under control. Kind of … 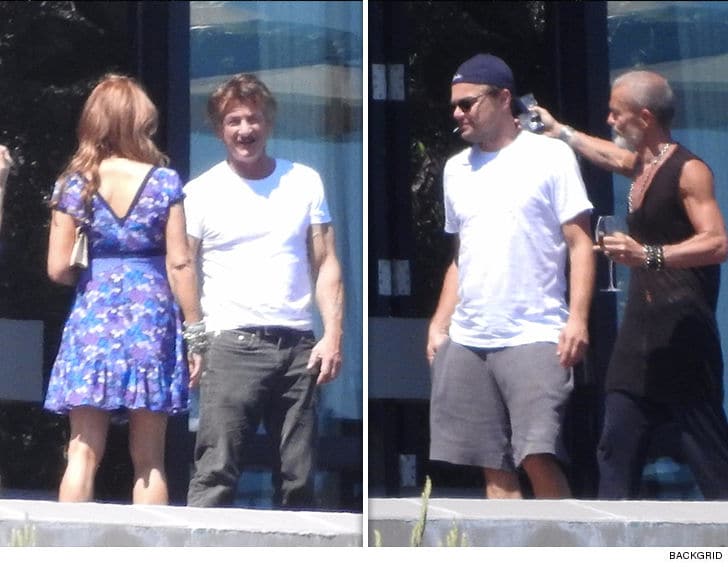 He gets off to a rough start by knocking the ball into the net, but eventually finds his groove and makes a wicked dive to keep the rally alive. It ends up going out, unfortunately, but dude definitely gets an A for effort.

Oh and, as you might imagine … there were tons of chicks there, a lot of whom were in their bikinis. Classic Leo, if you ask us. Sean too, apparently.