“TOO long” was how Li Ka-shing, known fondly by locals as chiu yan (Superman) for his business nous, described his… 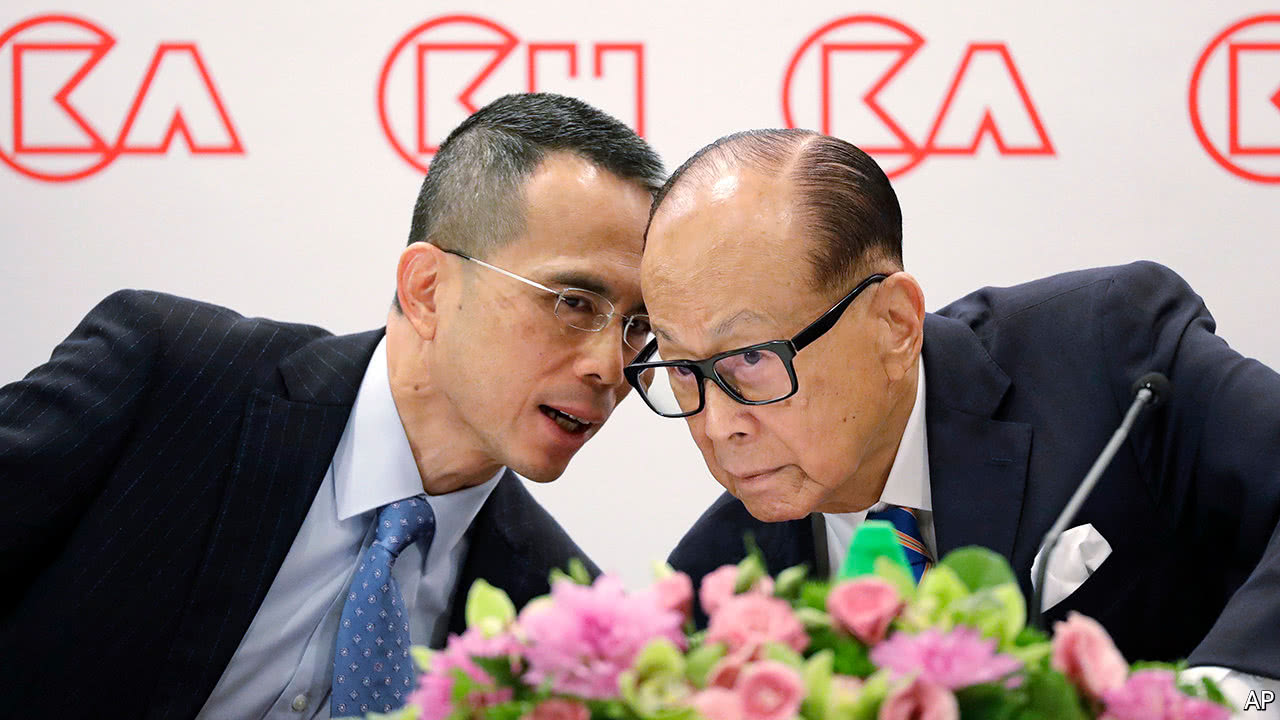 “TOO long” was how Li Ka-shing, known fondly by locals as chiu yan (Superman) for his business nous, described his working life when he announced on March 16th that he would be retiring in May. Asia’s pre-eminent dealmaker has been around for longer than his fictional namesake, scoring and selling assets in ports, telecoms, retail and property to amass a fortune estimated at $ 36bn.

Few expect Mr Li, who will turn 90 this summer, to hang up his cape for good. He says he will stay on to advise his eldest son, Victor Li, who will inherit his two main businesses. The first is CK Hutchison, a conglomerate with interests in power plants, perfume and much in between. It runs 52 ports and owns 14,000 high-street stores, including Watsons at home and Superdrug in Britain. The second is CK Asset, one of Hong Kong’s biggest property developers. Combined they are worth $ 79.7bn.

At the press conference the younger Mr Li made all the right noises. “When I return to work tomorrow, it will be the same,” he told…Continue reading

China’s ‘re-opening’ has been rocky. The party line may start to change, this analyst says.

: ‘Asian-American businesses are dealing with two viruses’: Reeling from racist incidents, many are hurting financially during COVID-19

NewsWatch: How much of the stock market’s rise over the last 11 years is due to QE? Here’s an estimate

The Wall Street Journal: No one may have been in driver’s seat in Tesla crash that killed 2 near Houston

Key Words: Chris Wallace on whether candidates should have mute buttons during debates — and his advice for the next moderator

Market Extra: Individual investors are back — here’s what it means for the stock market