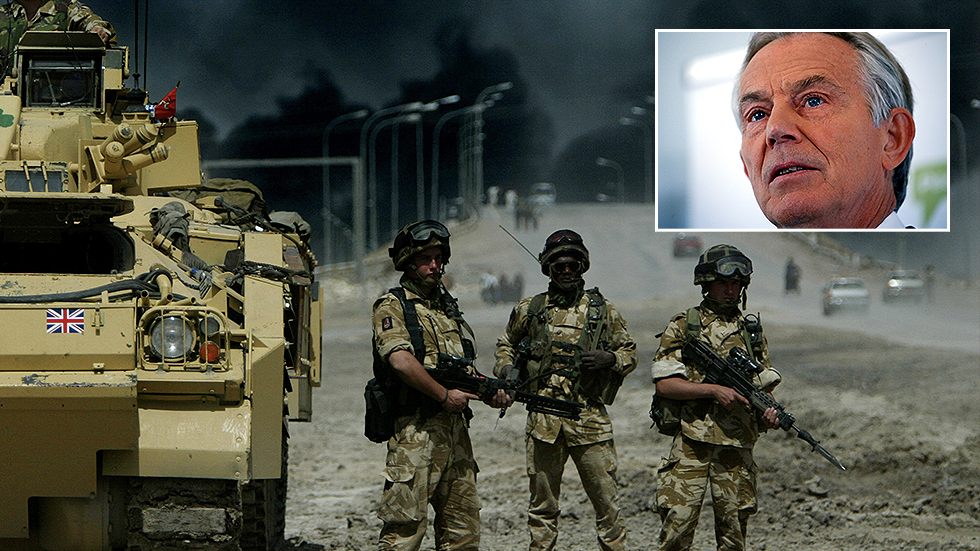 A British journalist has incurred the wrath of the left after suggesting Britain could do with Tony Blair at a time of national crisis and insisting that he didn’t want to hear from people “banging on” about the Iraq War.

Ian Dunt – the editor of politics.co.uk and author of ‘How to Be a Liberal’ – took to Twitter on Friday to swoon over Blair’s earlier contribution on BBC Radio 4’s Today program. The former British prime minister gave his views on the pandemic and urged ministers to deliver a mass coronavirus testing program.

Blair’s interview prompted Dunt to speculate how differently the Covid-19 outbreak may have been handled if the country had an “adult” like the ex-PM at the helm right now. In a subsequent tweet, he warned the former Labour leader’s critics to save him the “boredom” of being inundated with thousands of responses castigating Blair over the major role he played in starting the Iraq War almost 20 years ago.

Surprising as it may be, that has f**k all to do with what we’re talking about.

Blair interview on Today supremely depressing. Felt like a daydream in which you could imagine, for a moment, what it would be like to have an adult in charge.

Blair’s Institute for Global Change organization has been making a range of Covid-19 response recommendations to leaders around the world.

Dunt’s plea for Iraq War critics to stay away from his Twitter feed fell on deaf ears, with an avalanche of angry responses directed his way. Ash Sarkar – a contributing editor at the progressive media outlet Novara Media – lambasted Dunt for not giving “a toss” about how Blair’s foreign policy “continues to shape experiences of Islamophobic racism,” branding his remarks “crass” and “stupid.”

How this reads is that you don’t give a toss about how Tony Blair’s foreign policy continues to shape experiences of Islamophobic racism for Muslims here, or the lives of Iraqis abroad. It’s crass and it’s stupid, quite frankly.

Matt Kennard, an independent journalist and author of ‘Irregular Army’, also took a swipe at Dunt expressing “boredom” on the issue of Iraq, asking whether he would feel the same if a country “full of white people” had been destroyed in the same way.

Another commenter joked that the fact the journalist ostensibly felt at ease “to say ‘banging on about Iraq’ in a week in which Black Lives Matter is top of the agenda is absolutely peak centrist.”

The latest intervention from Blair comes after his ex-spy chief, Sir Richard Dearlove, who headed MI6 between 1999 and 2004, cited a new peer-reviewed study that says the Covid-19 outbreak started as a faulty experiment in China.

“I do think that this started as an accident,” Dearlove, told the Telegraph’s Planet Normal podcast. The scientific paper was reportedly “watered down” to remove accusations against Beijing.

BBC health correspondent ‘spiralled rapidly downhill’ after Covid jab & could ‘barely’ get out of bed, but says he’d do it again