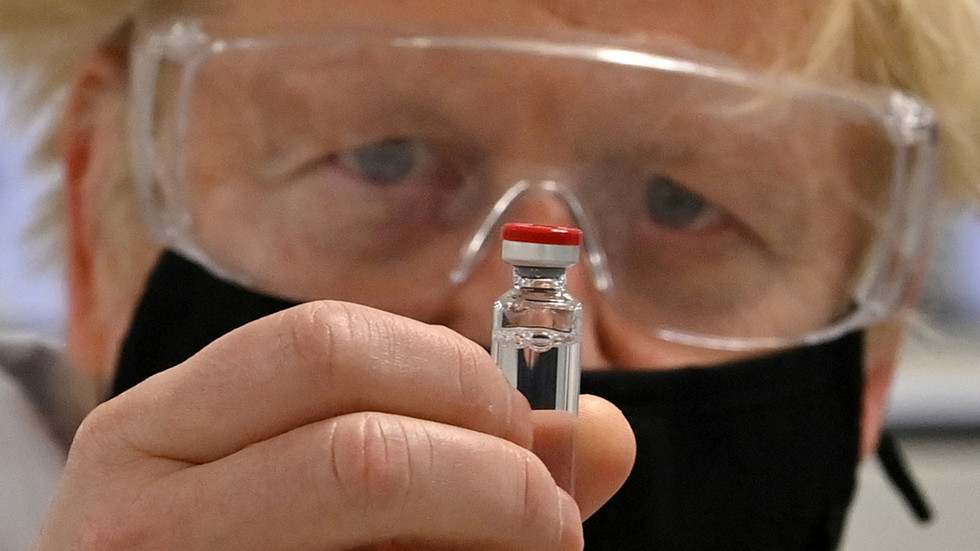 Boris Johnson’s spokesman has dismissed rumours that the UK will share vaccines with the Republic of Ireland in an attempt to allow Northern Ireland to end its lockdown without the risk of importing infections from its neighbour.

Speaking on Monday, the prime minister’s spokesman said London’s priority is the British public and there are no plans to share Covid-19 vaccines with other countries, at least until all of the adult population has been jabbed.

“The vaccine rollout is continuing to that end. We don’t currently have a surplus of vaccines, but we will consider how they are best allocated as they become available,” the spokesman told reporters.

Johnson’s spokesman said the government’s main focus was ensuring all those over the age of 50 have received their first dose before April 15, and from there continue on to inoculate all Britons before the end of July.

Responding to the EU’s ongoing demands for the UK to start sending vaccines to the continent, the spokesman said both parties were continuing to work together for a “reciprocally beneficial relationship.”

The Sunday Times reported at the weekend that the UK would start sharing vaccines with Dublin, partially to allow Northern Ireland to come out of lockdown without the risk of importing new infections from the south.

Northern Ireland’s First Minister Arlene Foster labelled the alleged plan “a runner,” telling RTE that she had raised the proposal with Boris Johnson and arguing that “it should happen, and hopefully it will.”

Irish Foreign Minister Simon Coveney said the government was unaware of any such offer from London, but Dublin would be open to one. “Of course, if there was, we’d be very interested in talking to the British government about that,” Coveney said, adding that “there is politics being played here too.”

Approximately 12% of Irish people have received at least one Covid-19 jab, while almost half the UK population have received theirs.

The UK and the EU are currently engaged in talks in order to achieve a “fairer deal” for the 27-nation bloc. Brussels believes London should start sharing some of the jabs manufactured in the UK with European nations as a reciprocal measure for doses made in the EU which were distributed to the UK.