Ian Blackford, the SNP’s leader at Westminster, has hit out at Boris Johnson, the favorite to become the next Tory… 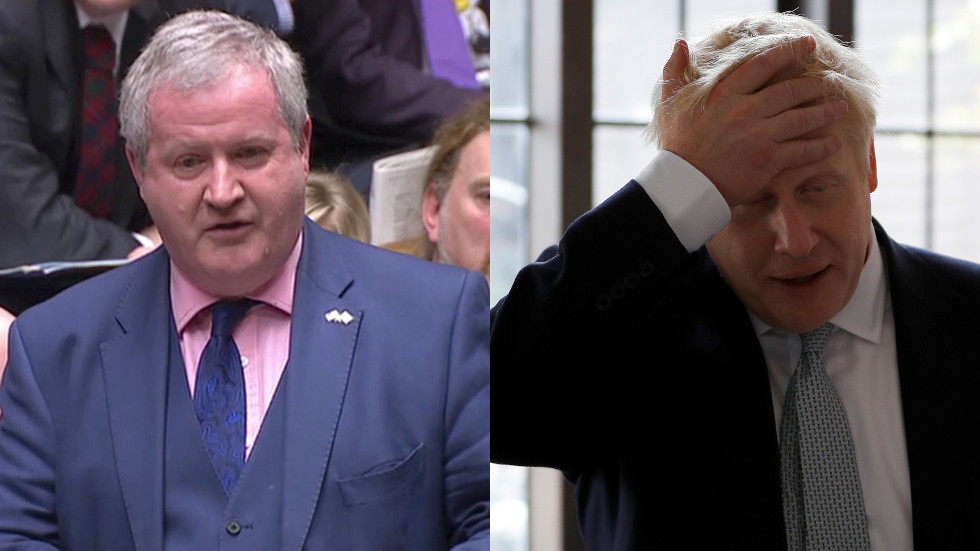 Ian Blackford, the SNP’s leader at Westminster, has hit out at Boris Johnson, the favorite to become the next Tory PM, accusing him of making a “career out of lying,” prompting uproar on the Conservative benches during PMQs.

During questions to the UK prime minister in the House of Commons on Wednesday, Blackford accused Theresa May of “gross cowardice,” by asking people to put their trust in Tory leadership contender Johnson.

He branded the former London mayor as “the most incompetent foreign secretary in a century,” before berating his overall character and behavior this week.

A man who has made a career out of lying, who has spent his week avoiding the media, staging photos and playing to the extreme delusions of the Tory sounds.

Blackford’s comments prompted jeers of discontent among Tories, who were ostensibly upset at the harsh words directed at the hotly tipped favorite to succeed May.

The Scottish leader didn’t spare his disdain for Johnson’s leadership rival, Jeremy Hunt, the current foreign secretary, branding him “the most incompetent health secretary in our history,” while heading that department between 2012 and 2018.

Johnson has received much criticism of late. On Tuesday, he was roundly mocked online after revealing that he likes to make model buses out of wooden crates in his spare time.

On the same day, Johnson declined to refute allegations that a photo of him and his partner relaxing in the English countryside was “staged” or “old” in an interview with LBC radio. He refused to answer questions on the subject 26 times.