A man whose wife may not be the best cook in the world, but who puts her heart and soul… 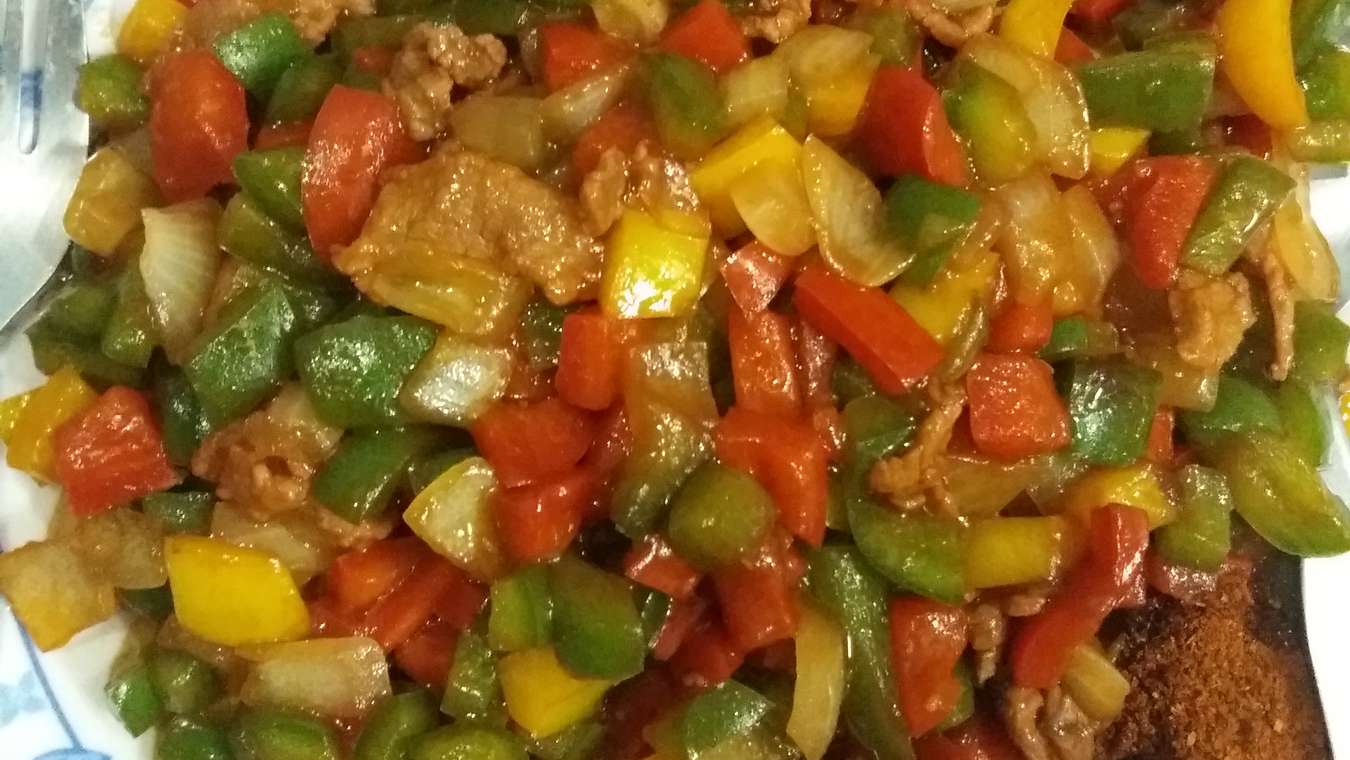 A man whose wife may not be the best cook in the world, but who puts her heart and soul into it all the same, has revealed how he was served up an appetizing meal yesterday evening, consisting of beef, peppers and onions, with a sideplate of boiled rice.

Moys Kenwood, 56, was absolutely famished around 6pm, when his wife gave the familiar call:

He excitedly raced to the table to see what was what. The sight that met his eyes was mouth-watering!

Succulent pieces of beef on a bed of red, green, and yellow peppers, and onions, had been fried to perfection, and served with boiled white rice, which isn’t his favorite, but beggars can’t be choosers.

He wolfed the meal down, and complimented his wife on her culinary skill.

It’s the first time, since the Coronavirus shutdown began, that an appreciative Kenwood has enjoyed such a delicious and lovingly-prepared meal as this, and he was mindful of what shortages in the food supply chain might mean in the coming months. He said:

“Beef might not be as plentiful, and peppers will be hard to get. Even onions will become like ‘gold dust’. I suppose we’ll always have rice … if the masked gangs don’t steal it during the night!”