A man who can, ordinarily, be described as ‘a bit of a worrier’, has recently begun to fret out of… 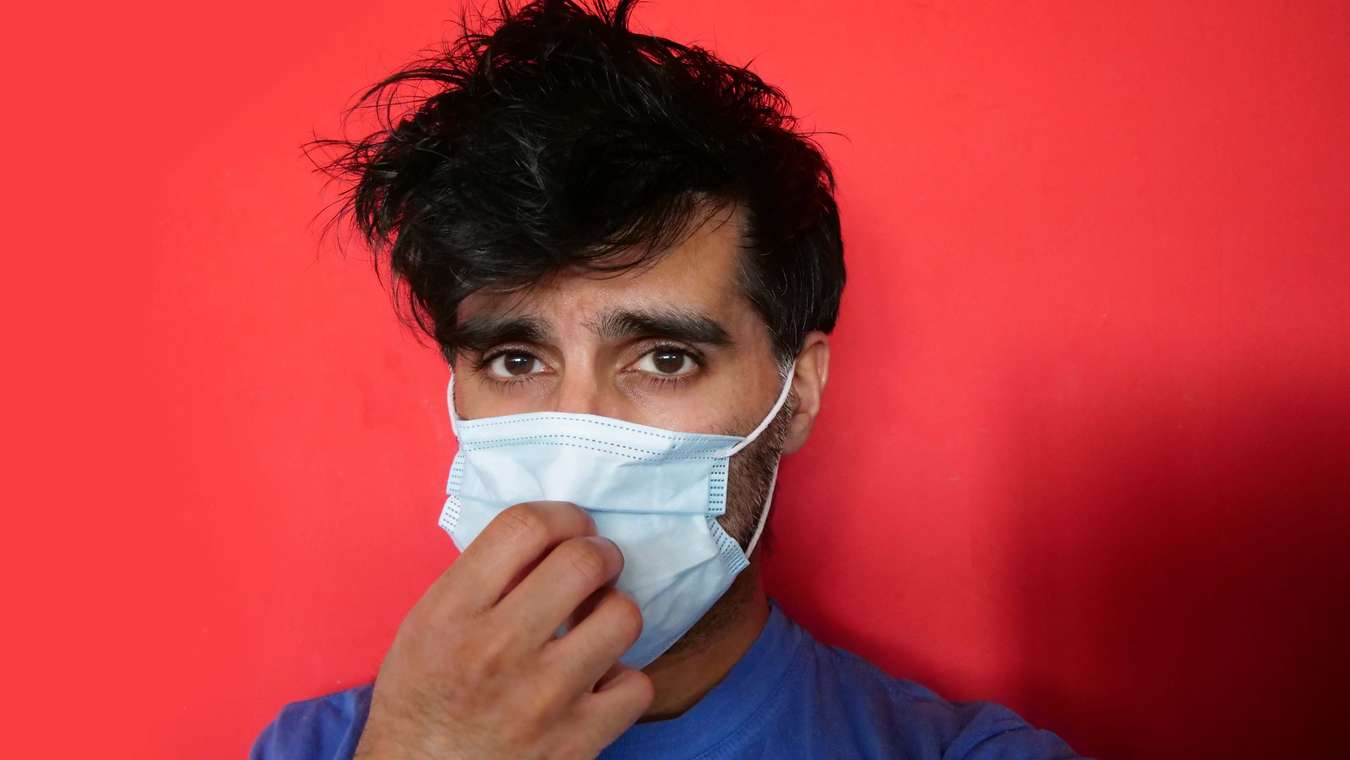 A man who can, ordinarily, be described as ‘a bit of a worrier’, has recently begun to fret out of all proportion as far as taking precautions over the spread of the Coronavirus are concerned, and has gone to the extraordinary lengths of wearing a face mask in bed.

Moys Kenwood, 57, has, until now, worn his mask at work or when he is in close proximity to other people, such as when he goes into the supermarket near his place of employment.

Now, however, after the latest news reports have confirmed that COVID-19 is ‘in the neighborhood’, the Englishman has decided to ‘up his defences’, and to wear his face mask all the time.

It has become a permanent fixture across his mug.

“It wasn’t so much of a worry whilst the virus was in other places, but it’s now time to be vigilant, and that means keeping the mask on 24/7, I’m afraid.”

He certainly is afraid.

“He certainly is afraid. He was a bit brash when it all started, but he’s changed his stance lately. Now, he’s shitting his load.”

“He even keeps it on when he gives me a kiss!”