A man who had a rather unsightly mark on his top lip, which eventually turned out to be a nasty… 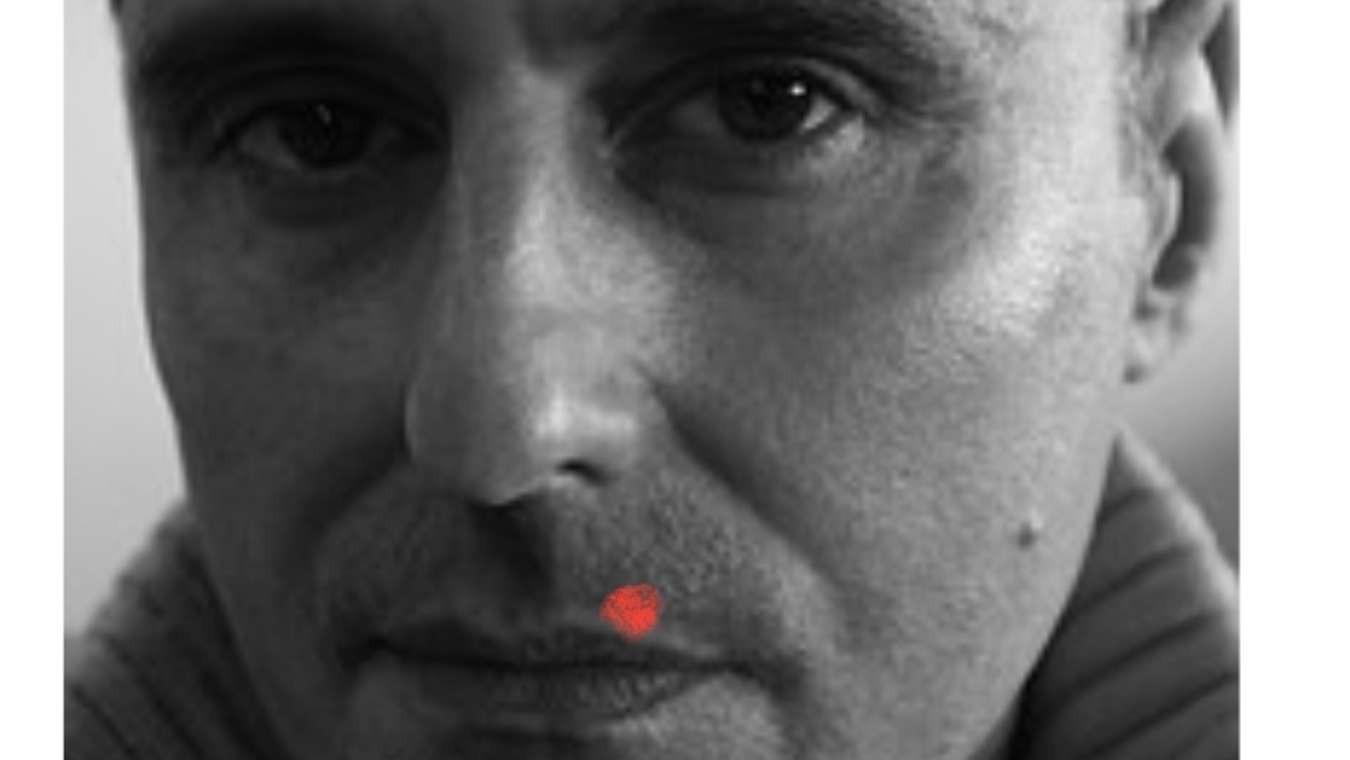 A man who had a rather unsightly mark on his top lip, which eventually turned out to be a nasty case of Herpes Simplex* was forced to tell a blatant lie to his wife when she asked him what it was.

Moys Kenwood, 57, noticed the pronounced red blemish on his face, just above his mouth on Tuesday morning, after performing some ‘bedroom antics’ at the weekend.

Through a series of stealthy manoeuvres, he managed to conceal its presence for two days, but on Thursday evening, whilst having their tea, Kenwood’s wife asked him:

“What’s that red mark on your face?”

Deliberately feeling in the wrong place, he expressed mock confusion, and said:

His wife was not born yesterday, however, and was not to be put off. She used her finger to indicate, on her own face, the position of the mark on his.

He touched his face again, then went to look in the mirror. Returning to the table, he told her:

His wife shot around the table to have a look for herself, then sat back down again, shaking her head in disgust.

“Really, it’s nothing. I did it shaving.”

Then they finished eating their meal in silence.

* Herpes Simplex is a viral infection, only one of the causes of which is pushing one’s face up against a vagina.