MintCast co-host Whitney Webb interviews author, investigative journalist and poet Douglas Valentine about his extensive work on exposing the dark underbelly of the CIA and some of the agency’s most notorious covert programs.

Webb and Valentine begin the interview discussing how Valentine’s journalistic work on the CIA led him to be spied on and even threatened by the agency and how being a dissident journalist in the 1990s compares to being one now. Valentine argues that, in the present, efforts to outlaw criticism of the state of Israel are like a gateway that will soon lead to the prohibition of criticism of the U.S. government and its intelligence agencies, the CIA among them. 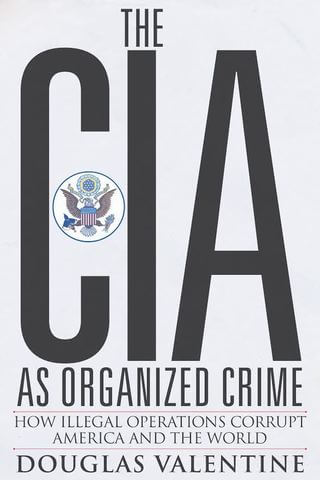 Valentine then touches on some of the themes covered in his book, The CIA as Organized Crime: How Illegal Operations Corrupt America and the World, including his assertion that the CIA operates as “the organized crime branch of the U.S. government” and his examination of how its activities have been influenced by its decades-long relationships with organized crime networks in the United States and throughout the world.

MintPress donors and patrons: Stay tuned later this week for a patron-exclusive extension of this podcast with Doug Valentine, which will discuss his work on the War on Drugs and the Drug Enforcement Agency and how both are key to unconstitutional, covert CIA programs. You can become a patron via Patreon or through our website.

The Battle to Count Every Vote in Philadelphia