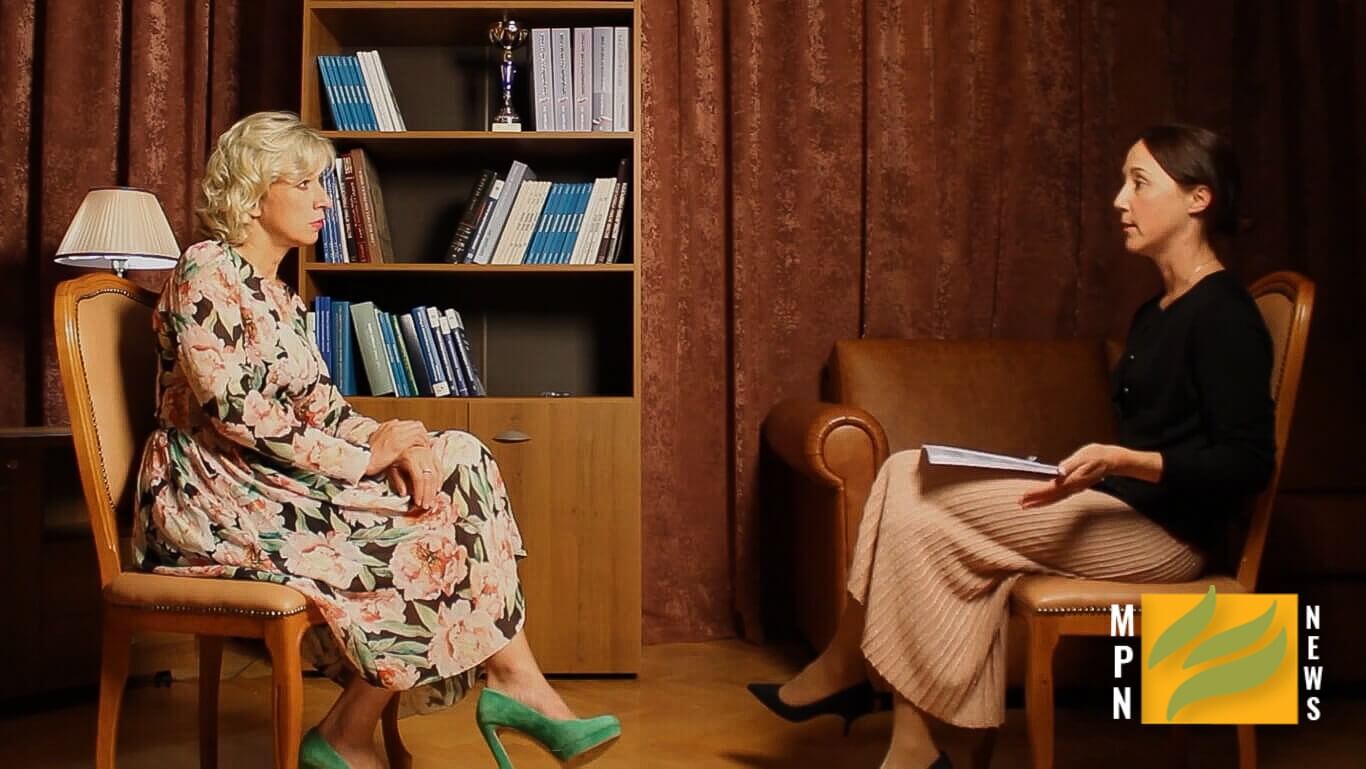 I traveled to Moscow in August, where to my delight I had the opportunity to interview Zakharova. Given that Russia is the focus of obsessive and largely negative Western media reporting, and also the country’s role in eliminating the proliferation of terrorist groups that once controlled large swaths of Syria, I wanted to ask Zakharova for her take on a variety of topics related to both Russia and Syria.

In our wide-ranging discussion, Zakharova spoke of the U.S. sanctions regime against Russia and of the Western interference in Russian domestic issues — such as the protests seen in Moscow in July and August.

On Syria, she addressed the issue of exploitation of children in propaganda against Syria and Russia — notably Omran Daqneesh, a child whose image was splashed across newspapers and screens worldwide in 2016, incriminating Russia and Syria in an airstrike that was later proven to have never happened. An official apology from one of the most adamant perpetrators of that narrative, CNN’s Christian Amanpour, also never happened.

One cannot discuss the war in Syria and related propaganda without addressing the massively-funded White Helmets. In discussing the group, Zakharova gave examples of its role in fomenting support for Western military intervention, including in pushing responsibility on the Syrian government for the alleged but unproven and, by most honest accounts, staged chemical attack in Douma, eastern Ghouta, in 2018. Footage of the attack included video starring the White Helmets and another exploited Syrian boy, Hassan Diab, whose testimony of the events ran in stark contrast to the allegations against the Syrian government that were being circulated in the Western media.

Zakharova also addressed the inconsistencies around the Skripal case, the historic importance of Crimea’s referendum, and the U.K. “media freedom” conference of July 2019, where cases of imprisoned journalists like Julian Assange and Kirill Vyshinsky were notably not part of the conference program.

In an unexpected development since my discussion with Zakharova, Ukrainian-Russian journalist and editor Vyshinsky was released from his over 15 months of imprisonment without trial by Ukraine. Referring to his imprisonment, Zakharova described him as a hostage.

The interview took place at a time when Western media reporting would have one believe that the streets of Moscow were full of chaos and unrest with the protests. In fact, contrary to media reporting, Moscow was calm, as were the protests I attended on August 10. Once again, it seemed, the media was hyping and distorting reality, as they have so often done elsewhere in the world.

Zakharova’s words are a reality check and offer an informative insight into the Russian perspective on Russian, Syrian, and global events.

Eva Bartlett is a Canadian independent journalist and activist. She has spent years on the ground covering conflict zones in the Middle East, especially in Syria and occupied Palestine, where she lived for nearly four years. She is a recipient of the 2017 International Journalism Award for International Reporting, granted by the Mexican Journalists’ Press Club (founded in 1951), was the first recipient of the Serena Shim Award for Uncompromised Integrity in Journalism, and was short-listed in 2017 for the Martha Gellhorn Prize for Journalism. See her extended bio on her blog In Gaza.

Intent on Restoring His Conviction and Death Sentence, Arizona Reinvents Its Case Against Barry Jones

Why Protesters Set Fire to the US Embassy in Honduras