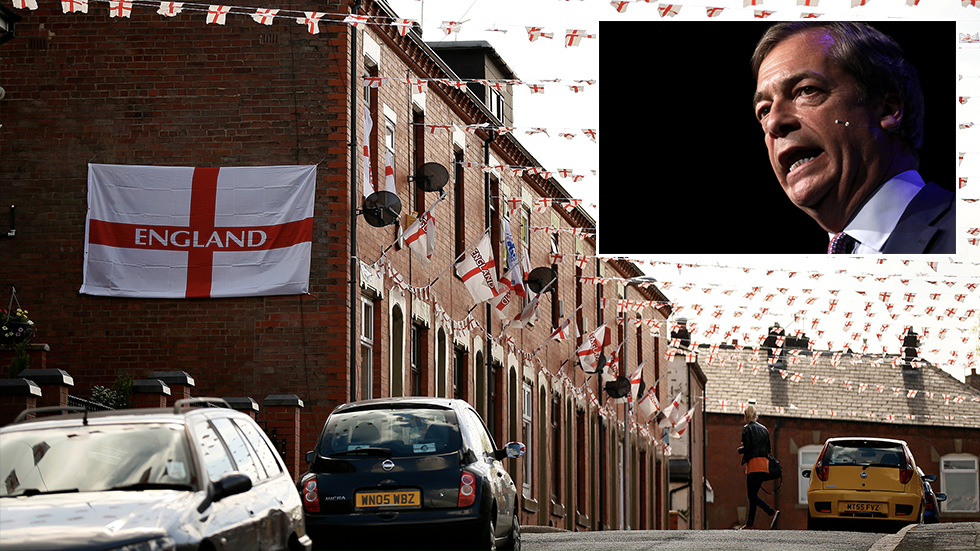 Brexit Party leader Nigel Farage has come under fire on social media after falsely asserting that a street in the UK town of Oldham was divided by ethnicity, with one side all white and the other all black.

In an interview with radio station station LBC, Farage was challenged on whether he stood by his remarks. Rather than correct himself over his ethnic street division claims, he clarified that what he meant to say was Asian rather than black people, but that he was getting “caught up in this terminology.”

They can call that black or whatever you need to call it… you’ve got one ward in Oldham that is 97 percent white, and the next door ward, which is 66 percent…

Also on rt.com ‘Let down by establishment’: Voters’ anger may lead to dramatic change in European Parliament

This claim is false. According to the most recent census data, there is one ward, St Mary’s, which is 34 percent white and 66 percent “non white” – which includes all ethnicities other than white. No neighboring wards are 97 percent white.

Farage’s faux pas has been seized upon online with Labour’s Shadow Education Secretary Angela Rayner hitting out at the arch-Brexiteer, tweeting: “Yet more unsubstantiated crap from Mr Farage about Oldham!” Another scolded him for conflating Asian people with black people.

Good to see the challenge and he’s been forced to admit the lie, but this needs spread out to the country and his base as people still continue to believe his lies

There were those that defended the Brexit Party leader, arguing that Farage’s message on immigration and integration resonated with much of the British public which the “metropolitan elite need to address.” One Twitter user insisted that the more people insult him, the more popular he becomes.

I think we’re in danger of missing the point here. Rather than focus on Farage himself, the real question is why his message resonates so forcibly with so many people. Rather than hurling insults, THAT is the issue that the metropolitan elite need to address

We will see his support next Thursday.. please keep slagging him off. His popularity is increasing all the time. Lol

This is great. More of this please. Farage is going to romp home with prats like this tweeting he’s the devil.

Farage’s Brexit Party is polling high ahead of EU Parliament elections on May 23. The latest YouGov survey has them on 34 percent, with Labour trailing on 16 percent and the Tories on a dismal 10 percent.