In Colorado, nearly a dozen Democrats are vying for the opportunity to take on Republican Sen. Cory Gardner in 2020… 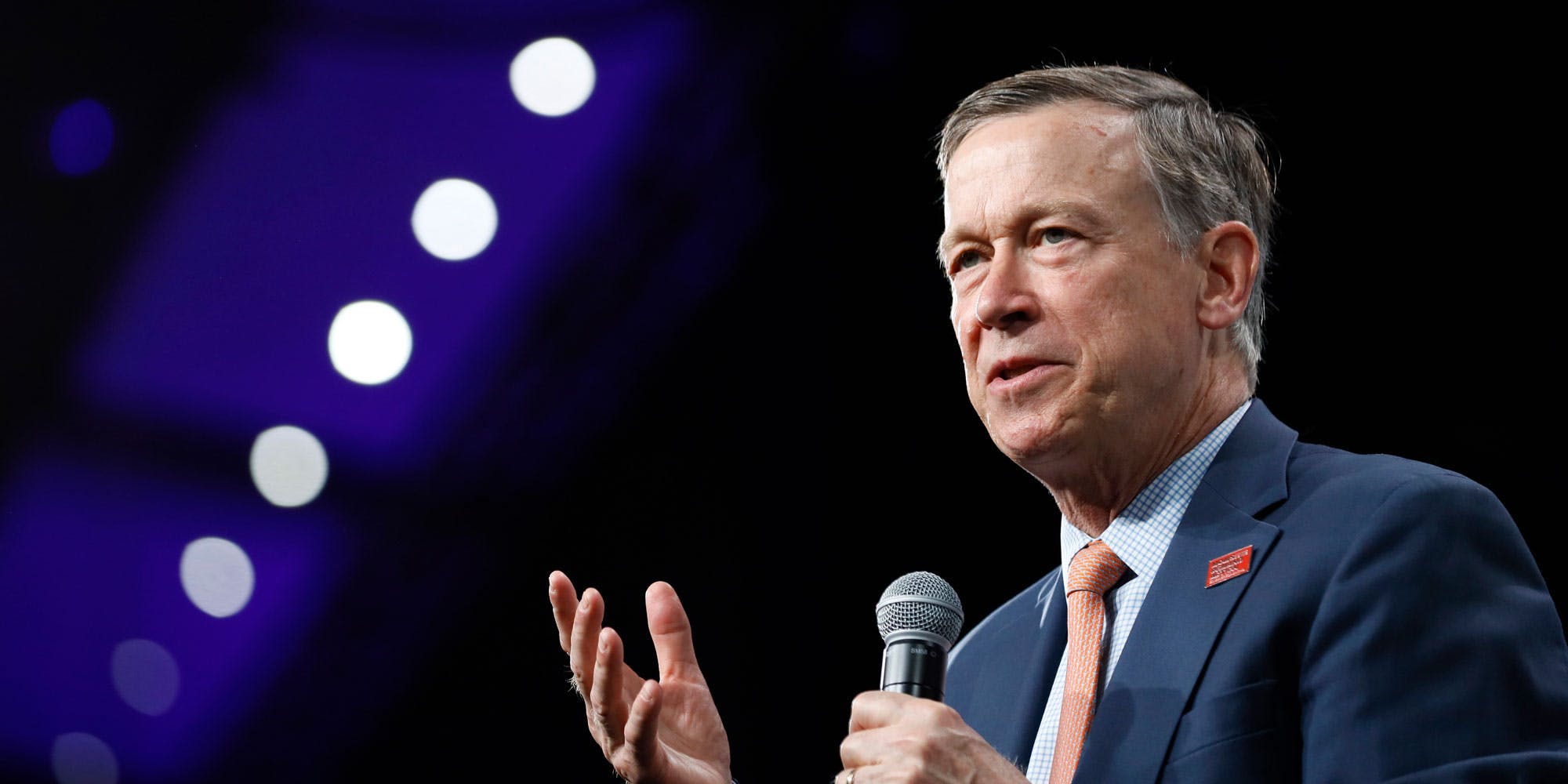 In Colorado, nearly a dozen Democrats are vying for the opportunity to take on Republican Sen. Cory Gardner in 2020 — a race widely seen as the party’s most promising pick-up in the Senate. One of the leading contenders, former Colorado House Speaker Andrew Romanoff, is running on a platform that includes Medicare for All and an aggressive plan to combat the climate crisis — and his campaign has already topped $ 1 million in fundraising.

But the Democratic Senatorial Campaign Committee has thrown its weight behind former Gov. John Hickenlooper, a pro-fracking moderate. After months of rejecting calls from fellow Democrats to ditch his presidential ambitions, Hickenlooper announced on August 22 his plans to run for Senate in his home state instead.

“I’ve always said Washington was a lousy place for a guy like me who wants to get things done,” Hickenlooper said in a video announcement. “But this is no time to walk away from the table.”

Though Hickenlooper was relatively popular as governor, his politics are increasingly at odds with the emerging progressive wing of the party, especially on climate change. In last year’s wave midterm elections, Colorado Democrats seized unified control of the state government for the first time since 2014. The newly empowered Democrats have used their governing trifecta to make headway on an ambitious agenda, including the most significant oil and gas regulation reform since the 1950s. As governor, Hickenlooper’s cozying up to the industries gave him the nickname “Frackenlooper.”

On August 23, the DSCC officially endorsed his campaign with a lukewarm tweet and joint fundraising email. In past years, the DSCC has usually abstained from intervening in the Democratic primaries, with some exceptions. But this year, the committee is backing several moderate Democrats in key states early on, including Sara Gideon in Maine, Theresa Greenfield in Iowa, and Ben Ray Luján in New Mexico.

It’s a tactic that frustrates other candidates and many progressives, as the party establishment seems to be shutting out legitimate challengers and eliminating competition. Romanoff called the DSCC’s decision to intervene on behalf of its preferred candidate “a recipe for disaster,” saying that voters resent having their choices dictated before they even have the chance to touch a ballot. He added that the move is further confirmation of what everyone already suspects about the way the system works: “It’s all just a pay-to-play game and stacked against ordinary folks.”

“I don’t want this to become just like a quaint tradition, where somebody in Washington just passes on head and says, ‘You know what, we’ll take it from here — no need to trouble yourself with all that pesky voting and participation,’” Romanoff told The Intercept.

“It’s actually a recipe for disaster, in some ways, in the general election, because if you tell voters from Colorado that their voice doesn’t matter — then why would they show up in November?”

And competitive primaries are often good terrain for pushing the policy conversation leftward. In 2010, Romanoff challenged Sen. Michael Bennet (now running for president) for the Democratic nomination. His primary challenge ended up pressuring the senator to push for the public option during the health care reform effort.

The DSCC did not return The Intercept’s request for comment. The other primary candidates include Dan Baer, an Obama-era diplomat and former executive director of the Colorado Department of Higher Education; Mike Johnston, a former state senator; and Alice Madden, a former Colorado House majority leader.

Romanoff also believes that Hickenlooper’s fracking record is more of a liability today than in 2011, when he was elected governor, considering the world’s rapidly deteriorating climate.

Romanoff plans on making climate change a priority. He wants to end tax giveaways to fossil fuel companies; make all new homes, buildings, and vehicles carbon-free; and prohibit new fossil fuel extraction on public lands and offshore, among other proposals.