President Emmanuel Macron of France has described Nato as “brain” dead, stressing what he sees as waning commitment to the… 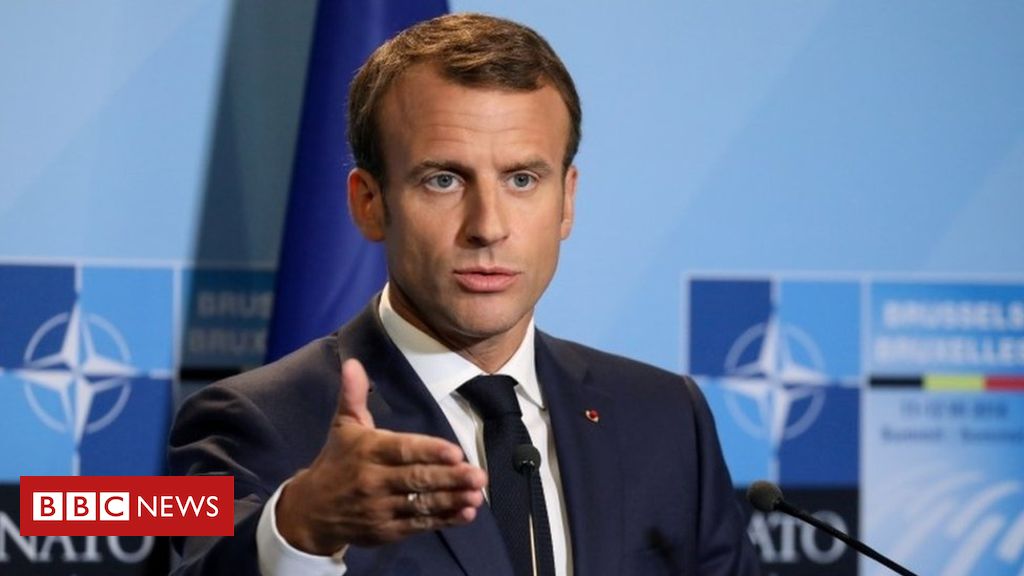 President Emmanuel Macron of France has described Nato as “brain” dead, stressing what he sees as waning commitment to the transatlantic alliance by its main guarantor, the US.

Interviewed by the Economist, he cited the US failure to consult Nato before pulling forces out of northern Syria.

He also appeared to cast doubt on whether Nato members were still committed to collective defence.

Nato celebrates 70 years since its founding at a London summit next month.

“What we are currently experiencing is the brain death of Nato,” Mr Macron told the London-based newspaper.

He warned European members that they could no longer rely on the US to defend the alliance, established at the start of the Cold War to bolster Western European and US security.

Article Five of Nato’s founding charter stipulates that an attack on one member will produce a collective response from the alliance.

But Mr Macron appeared unsure whether it was still valid when asked. “I don’t know,” he said.

The alliance, Mr Macron is quoted as saying, “only works if the guarantor of last resort functions as such. I’d argue that we should reassess the reality of what Nato is in the light of the commitment of the United States”.

The French leader urged Europe to start thinking of itself as a “geopolitical power” to ensure it remained “in control” of its destiny.

Why the doubts over Nato?

President Donald Trump’s abrupt decision to pull most US forces out of north-eastern Syria in October took European Nato members by surprise.

The move opened the way for Turkey – itself a powerful Nato member – to push into Syria and create what it termed a security zone along its border. Kurdish forces, who had been helping the US fight the Islamic State (IS) group, were expelled from the area.

Mr Macron at the time criticised Nato’s failure to respond to the Turkish offensive.

Mr Trump has frequently accused European Nato members of failing to provide their fair share of military spending and for relying too heavily on the US for their defence.

For his part, Mr Macron has already been at the forefront of moves to boost defence co-operation among European countries. However, the European Union’s other main military power, the UK, emphasises the importance of Nato to European defence.