The UK’s leading Brexit negotiator has fired a shot across the bow of the European Union, warning Brussels that it’s… 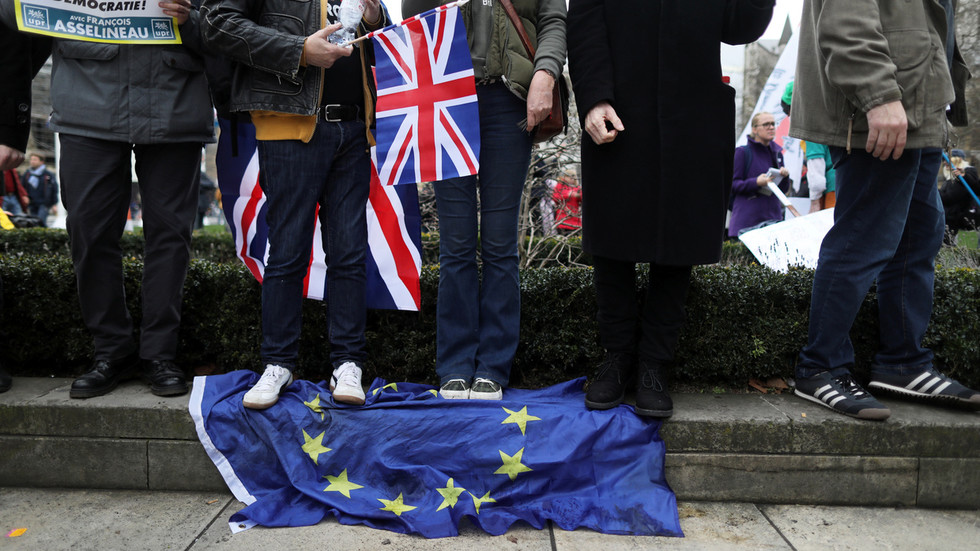 The UK’s leading Brexit negotiator has fired a shot across the bow of the European Union, warning Brussels that it’s not afraid of a no-deal Brexit and won’t “blink” in crunch talks.

David Frost put his EU counterpart Michel Barnier on notice that upcoming discussions will be markedly different to earlier rounds of talks and the UK will not accept restrictions on fishing rights and its ability to make its own laws.

“We came in after a government and negotiating team that had blinked and had its bluff called at critical moments, and the EU had learned not to take our word seriously,” Frost told the Mail on Sunday newspaper.

“So, a lot of what we are trying to do this year is to get them to realise that we mean what we say and they should take our position seriously,” he added.

Also on rt.com Democracy is failing Britain and a revolution is coming… but it’ll be led by the middle class and achieve nothing

The UK officially left the bloc on January 31 and is currently in a transition period that ends in December. Talks on a new trade deal are ongoing, but very little progress has been made so far.

The sabre-rattling comments come ahead of Barnier traveling to London for another round of talks on Tuesday. The negotiating teams have just weeks to hammer out a legally binding agreement if a no-deal Brexit is to be avoided.

Frost played down fears of leaving the union without a trade deal, saying that the UK has done a lot of preparation for the possibility. “I don’t think that we are scared of this at all,” he said. “If we can reach an agreement that regulates trade like Canada’s, great. If we can’t, it will be an Australian-like trading agreement and we are fully ready for that.”

Britain has accused the EU of failing to accept that it is now an independent country and of dragging its feet in the discussions. Frost, who was appointed to his position in January, said the UK will not accept being a “client state.”

Frost’s comments come amid media reports of EU officials accusing Britain of a lack of pragmatism. “More and more people have come to the conclusion that Brexit ideology trumps Brexit pragmatism in the UK government,” one EU diplomat told the Reuters news agency.

“If the UK really wanted to jump off the Brexit cliff edge for ideological reasons, there would be no way for the EU to stop this,” the diplomat added. “If, on the other hand, the UK’s approach became more pragmatic and realistic, there would probably be a good chance to save the negotiations and agree on a deal.”

Also on rt.com Farage pledges to revive Brexit Party and ‘kill the Tories’ if BoJo caves to EU in crunch talks