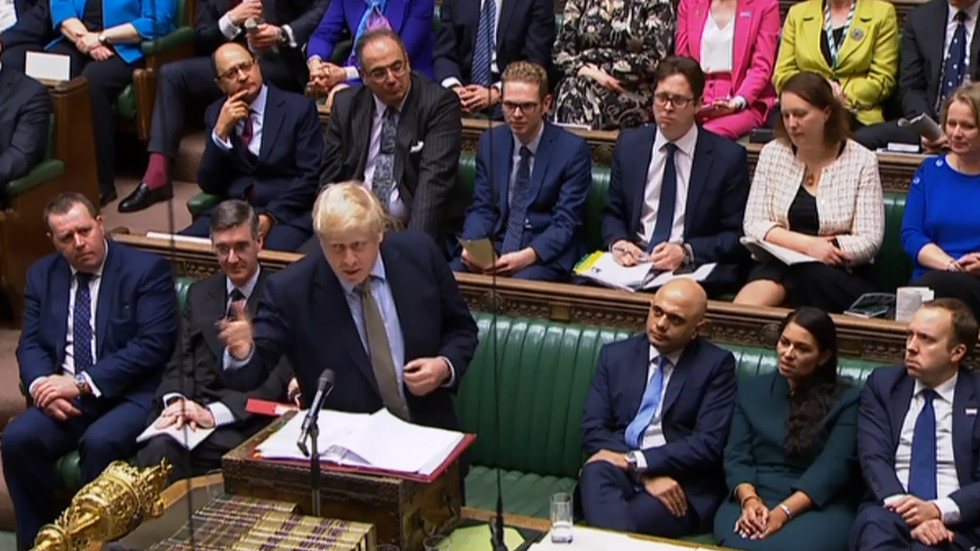 British Prime Minister Boris Johnson has insisted that questions surrounding the legality of the US killing of Iranian Quds Force commander Qassem Soleimani is “not for the UK to determine.”

Responding to Labour leader Jeremy Corbyn during the first PMQs of the year in the House of Commons on Wednesday, Johnson said that “most reasonable people” would accept that the US is well within its rights to “protect its bases and its personnel.”

The strict issue of legality is not for the UK to determine since it was not our operation.

Corbyn, who described the escalation of US-Iran tensions in the middle east as a “very dangerous situation,” also pushed Johnson on whether the UK would respect Iraqi sovereignty.

In the aftermath of the killing, the Iraqi parliament passed a non-binding resolution calling on foreign troops to leave their country. Johnson failed to answer the question.

The Labour leader hit out at the US’ actions, claiming they had escalated the risk of a dangerous conflict in an already destabilized region. Corbyn told British lawmakers that the US intervention had put “civilians, UK troops and nationals at risk, leaving the Iran nuclear deal in danger of being dead in the water.”

Iran carried out ‘revenge’ missile attacks on two military bases home to US and coalition forces in Iraq on Tuesday, after Soleimani was killed in drone strike authorized by President Donald Trump in the early hours of January 3.

Also on rt.com Iran launches ‘SECOND WAVE’ of retaliation strikes against US assets in Iraq