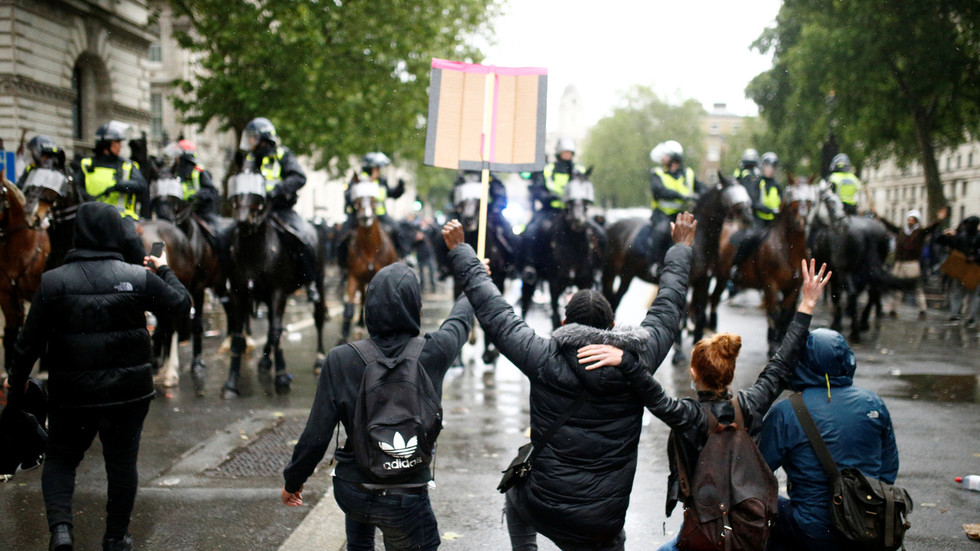 A nurse who was left “traumatized” and “screaming in pain” after being trampled by a police horse at a Black Lives Matter protest in London has accused the Met Police of having an “ignorant” response to her complaint.

Jessie Tieti Mawutu was outside Downing Street when mounted officers began to charge protesters, attempting to move them on. When one of the officers was knocked from her horse, it bolted up the street, knocking 19-year-old Mawutu forcefully to the ground – and the whole thing was captured on camera.

Mawutu told HuffPost UK that she remembers being “hit by something heavy” that pushed her to the ground with full force. She was left disoriented, with “bruises and swollen limbs.”

The student nurse did not get much sympathy from the Met Police when she called to report the incident the next day, however. She told the outlet that she was left “shocked” and “traumatized” after speaking to an officer by phone.

He reportedly told Mawutu that he could not file the complaint because the incident was an “unfortunate accident” for which the police were not responsible. He also reportedly said that she should not have been there in the first place, and claimed officers would not have charged protesters with horses if the demonstration had remained peaceful.

Mawutu accused police of changing the true version of events “for their own reputation and safety,” and launched an online petition demanding an investigation into the methods used by officers at the protest on Sunday.

When she mentioned that her phone had also been damaged in the incident, Mawutu said the officer told her simply to “get your people to make a donation.”

“This comment had made me realize how ignorant and unserious he was being about the incident,” she said.

In a statement, the Met Police confirmed that it is “reviewing the circumstances surrounding a collision” between a horse and a member of the public.

The statement noted that the officer riding the horse had sustained “serious injuries” and was hospitalized but is in a stable condition.