A large group of biz owners in Erie County, NY called the local authorities’ bluff when they tried shutting down… 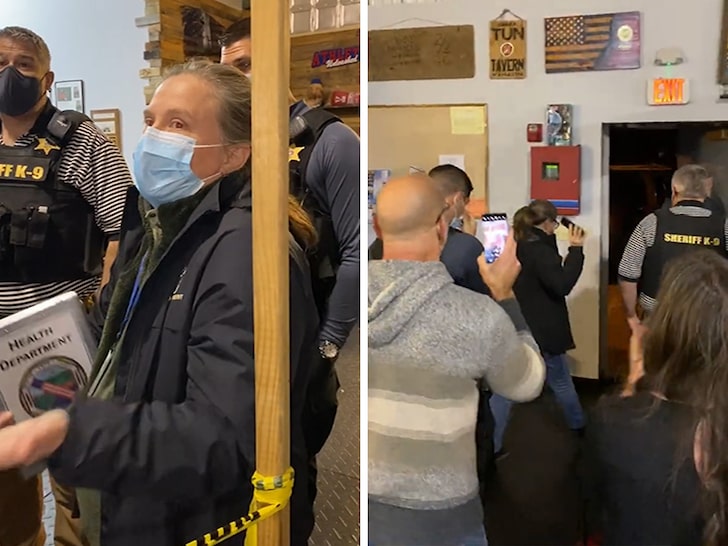 A large group of biz owners in Erie County, NY called the local authorities’ bluff when they tried shutting down their get-together … and sent Johnny Law packing.

This went down Friday night at a CrossFit gym called Athletes Unleashed in Orchard Park — not too far away from Buffalo — where upwards of 100 local businessmen and women congregated to discuss how to navigate the state’s new COVID-19 guidelines … which again are limiting hours, customers and access in NY.

While these folks were having their meeting — with most people not wearing masks — Erie County Sheriff’s Deputies and Health Dept. officials made their way inside and attempted to disperse the crowd … saying they were in violation of Gov. Cuomo‘s new 10-person-or-less rule for public gatherings.

What happened next is nothing short of shocking … the crowd actually stood their ground and demanded the cops and county workers beat it — which they did.

Indoor gatherings, big or small, are a risk.

Here’s how to reduce the risk:

Reminder: Gatherings inside or outside of private homes are now limited to 10 people or fewer. pic.twitter.com/0k6tc5rAae

They were chased off in dramatic fashion, with the angry mob chanting “Get out!” and “We will not comply!” as they followed the Sheriff’s deputies and others out into the parking lot and all the way back to their vehicles … like dogs with their tail between their legs. It’s cringe-worthy to see — the cops pretty much folded.

This also raises a serious question — what sort of powers does law enforcement actually have in trying to enforce state-mandated regulations??? We reached out to the Erie County Sheriff’s Office for further comment … no word back yet.