Spread the love New York, NY — According to a report published on Monday by the New York Civilian Complaint… 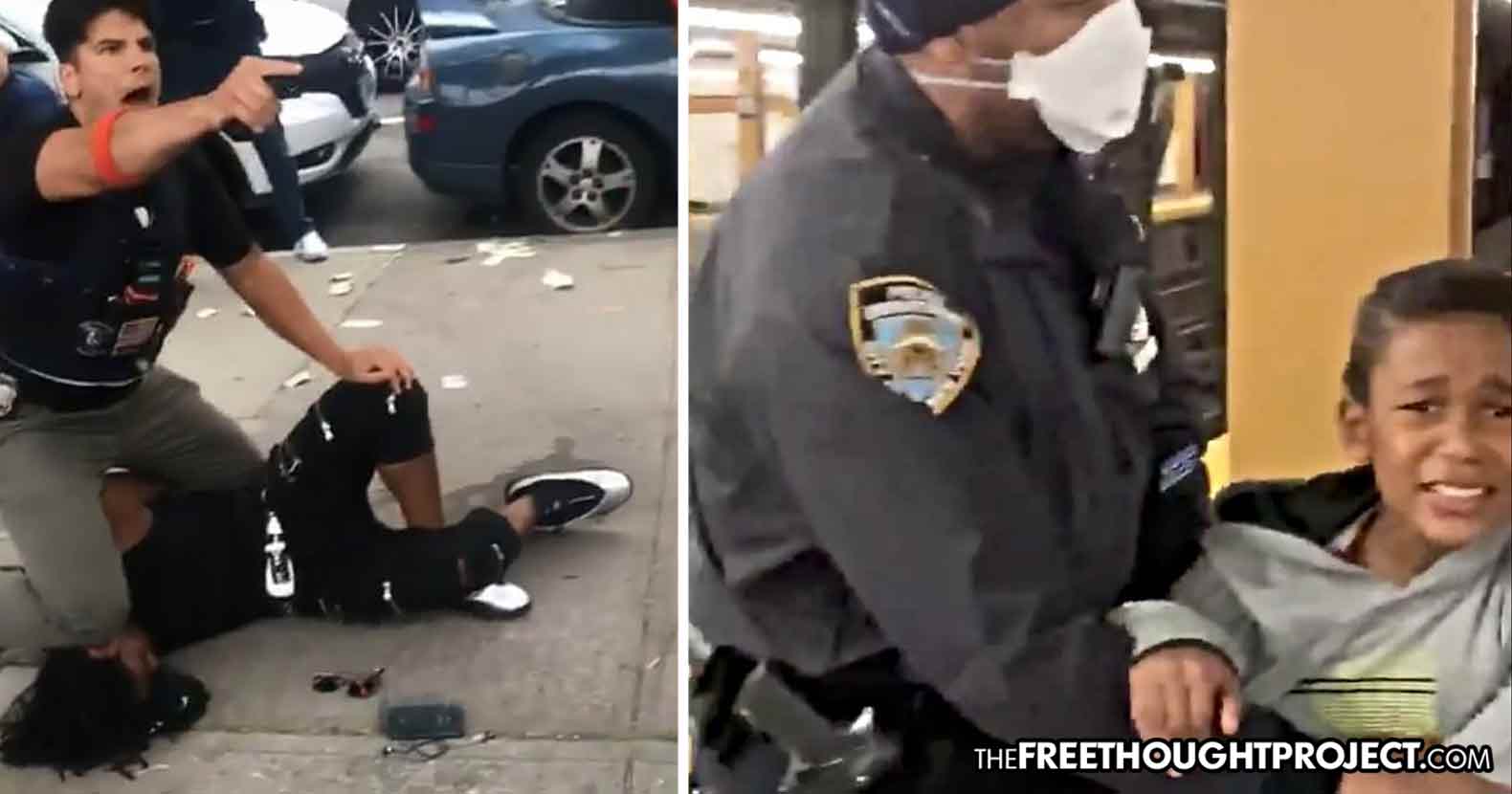 New York, NY — According to a report published on Monday by the New York Civilian Complaint Review Board, two black children were handcuffed by NYPD officers because they were running with sticks while on their way home from school. Police stopped the two boys, ages 8 and 14, frisked them, and then handcuffed them and took them to the police station even though they weren’t doing anything wrong. That was just one example — there are dozens more.

The aforementioned incident occurred back in March of 2018, but was not made public until after the case was recognized by the review board. The children were traumatized by the experience, especially the 8-year-old, who always dreamed of being a police officer someday, according to his mother.

This case is among more than 100 complaints that the review board has investigated that took place between January 2018 and June 2019, most of which involved male children or teens of color.

The review board found that of the 112 complaints that they reviewed, nearly 65% were cases where police were accused of using inappropriate force on young males of color. The complaints included young boys having guns pulled on them by police, getting handcuffed, arrested, or assaulted for offenses as simple as playing, running sitting on stoops, carrying backpacks or even high-fiving.

According to the report, “The CCRB is aware that the NYPD believes it is working hard to protect the youth of New York City. Many young people, however, especially young people of color, feel targeted and mistreated by members of the New York City Police Department. The NYPD should train all police officers on the differences between policing adults and policing youth. There is currently minimal to no information on how police officers are trained on dealing with young people.”

Fred Davie, the chairman of the CCRB, says that the concept of law enforcement needs a massive redesign.

“Sadly, after years of witnessing news about police misconduct and possibly experiencing it themselves, even the youngest among us have an awareness of the tension that too often exists between the police and civilians,” Davie said.

The CCRB also conducted a poll of New Yorkers between the ages of 10-18 and found that just over half avoid police officers in their neighborhoods, and only 15% said that they have always felt safe calling the police or help. The sample size of this poll was extremely small, only gathering opinions from 200 people, but it seems to offer a fairly accurate representation of mainstream attitudes towards the police.

A spokesperson for the NYPD said that Commissioner Dermot Shea will start to make changes to how officers interact with young people.

“After careful review, we accept each of the CCRB’s thoughtful and constructive recommendations — some of which are already in the process of being implemented and all of which will strengthen our new Youth Strategy,” the spokesperson said, according to Pix11.

Along with many other politicians and law enforcement officials in the US, NYPD Commissioner Dermot Shea has been forced to promise reform in the department in response to the massive protests that have swept across the country in recent weeks.

Whether or not these politicians and departments follow through with the promised reform will be an entirely different matter all together.