Writing in the Washington Post, senior Obama-era official Samantha Power has called on social media giant Facebook to do more…

Writing in the Washington Post, senior Obama-era official Samantha Power has called on social media giant Facebook to do more to crush what she calls conspiracy theories and disinformation circulating on its platform.

Describing it as being “overrun with foreign disinformation,” Power demanded Mark Zuckerberg “take far more drastic steps” to “detox” the company’s algorithm. The former United States ambassador to the United Nations compared the viral vitriol circulating on Zuckerberg’s platform to the weaponized disinformation campaigns in the former Yugoslavia, implying that it could help spark a conflict in the United States.

52 percent of Americans get news on Facebook, making it an enormously powerful and influential news service, not just a social media or messaging app. For years, it has at least partially outsourced its news feed algorithm cultivation to the Atlantic Council, a NATO cutout organization funded by the U.S. government and headed and controlled by former CIA chiefs. Thus, the government already has significant control over the content on America’s most important media platform. 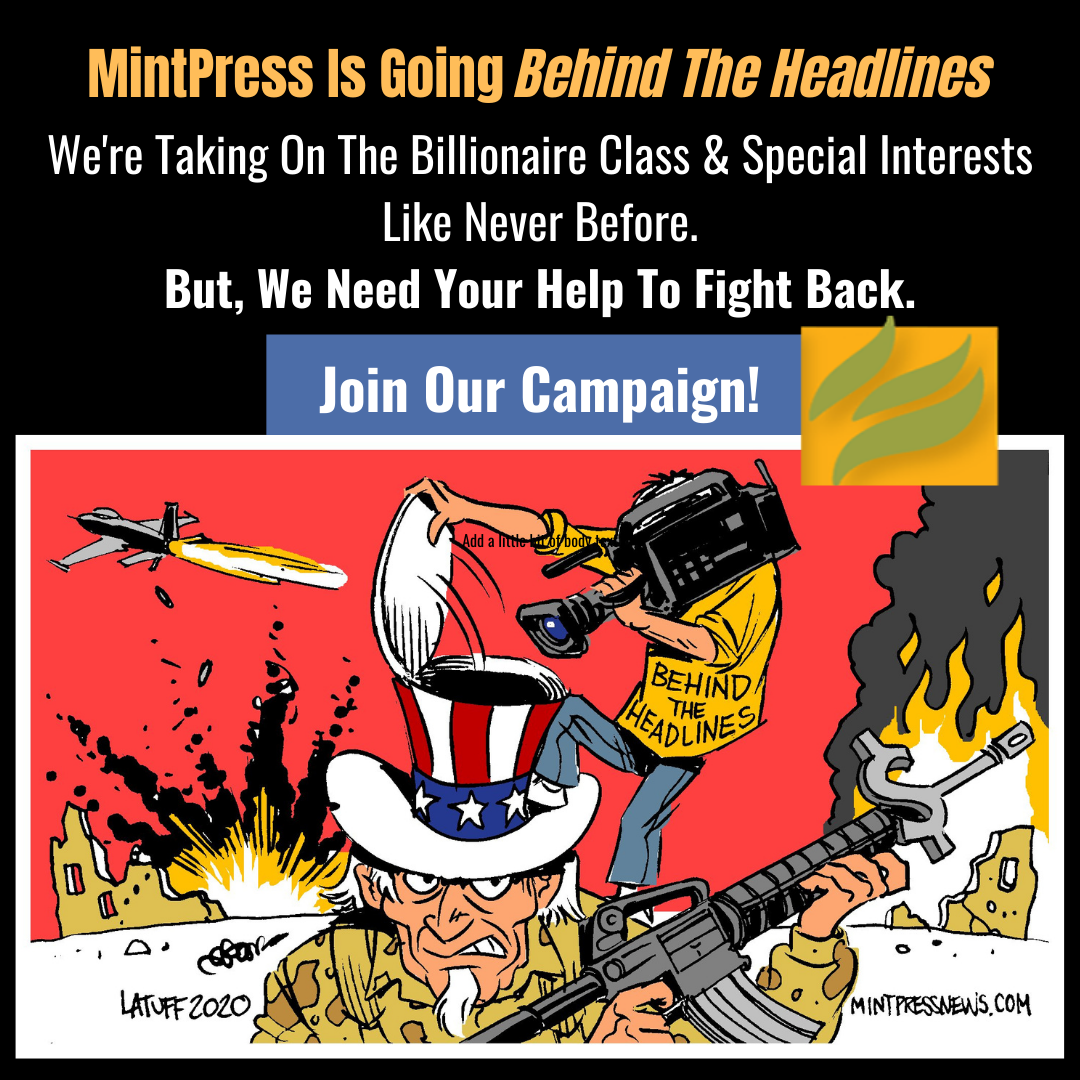 Zuckerberg also recently admitted that in 2017 he changed Facebook’s algorithm to deliberately throttle traffic to left-wing alternative news sites, even those as mainstream as Mother Jones. MintPress News was similarly negatively affected.

One reason to be skeptical of greater censorship of Facebook to fight fake news is that the Atlantic Council itself is perhaps the chief driver of one of the modern era’s most prominent conspiracy theories: that of RussiaGate.

The extent of Moscow’s involvement in domestic affairs can be debated, but the Atlantic Council has produced report after report making outlandish, unverified assertions, including that virtually every non-establishment political party in Europe, from Labour and UKIP in the UK, Podemos in Spain, Syriza and Golden Dawn in Greece, and the Five Star Movement in Italy are all secretly the “Kremlin’s Trojan Horses” — under the personal thumb of Vladimir Putin.

As part of Obama’s National Security Council, Power herself strongly pushed for war in Libya, which was sold to Americans on the claim that Colonel Gaddafi was giving his troops Viagra to encourage mass rapes. No evidence was presented for such a remarkable claim. Even after the destruction caused, turning the country into a failed state with active slave markets, Power praised her government’s response for “[helping] orchestrate the fastest and broadest international response to an impending human rights crisis in history,” brushing off criticism of the country’s current state by claiming that she, “could hardly expect to have a crystal ball when it came to accurately predicting outcomes in places where the culture was not our own.” She also supported the U.S. bombing of Syria on grounds now proven incorrect. Thus, misinformation merchants are themselves calling for restrictions on conspiracy theories online.

While Facebook is undoubtedly flooded with conspiracy theories and other types of fake news, the term is a loaded one that means very different things to different people. While readers might associate “conspiracy theories” with ideas about the Moon landing, aliens or various political assassinations, the establishment often uses it in an altogether different context. An example of this comes from an article on conspiracies from The Guardian, the most liberal of the United Kingdom’s major newspapers. The outlet claimed that the statement that, “even though we live in what’s called a democracy, a few people will always run things in this country anyway” was a conspiracy theory, comparing it to the neo-Nazi white genocide myth. Thus, to many at the top of society, basic scrutiny of the rich and powerful on the grounds of their class is akin to lurid fantasies about an attempt to destroy the white race.

Power’s husband Cass Sunstein, another influential high-ranking Obama official, has, since at least 2009, argued that the U.S. government should be conducting “cognitive infiltration and persuasion” of anti-establishment groups he calls conspiracy networks, suggesting that “government agents (and their allies) might enter chat rooms, online social networks, or even real-space groups and attempt to undermine percolating conspiracy theories by raising doubts about their factual premises, causal logic or implications for political action.” Sunstein stressed that this must be aimed only at demonstrably false theories, and done in secret: “Although government can supply…independent experts with information and perhaps prod them into action from behind the scenes, too close a connection will prove self-defeating if it is exposed,” he cautioned.

“govt can supply these independent experts with information and perhaps prod them into action from behind the scenes…” pic.twitter.com/mgl5un4kYz

It seems obvious the US government is implementing many of Sunstein’s creepiest recommendations & applying them with a broad brush to media that threatens its critical imperatives. https://t.co/AYhpfV0t7e.

Whether Sunstein got his wish or not is unclear, but two years after he published the article, it came to light that the U.S. military was using an extensive network of fake online accounts and personalities to spread propaganda conducive to their interests. The military did not deny it, but instead insisted that their entire operation was aimed purely at foreign audiences, as anything else could be deemed unconstitutional.

While attempting to combat the spread of misinformation is a laudable goal, those calling most loudly for it are often those most responsible for pushing some of the most dangerous lies themselves. Furthermore, the effect has been to limit public debate and discourage legitimate criticism of those in power. Fake news and conspiracy theories continue to run rampant on the Internet, but legitimate criticism to power is harder to find every day.

Nancy Pelosi Pushes the House to Pass USMCA, but Neglects a Bill With Broad Support to Strengthen Unions