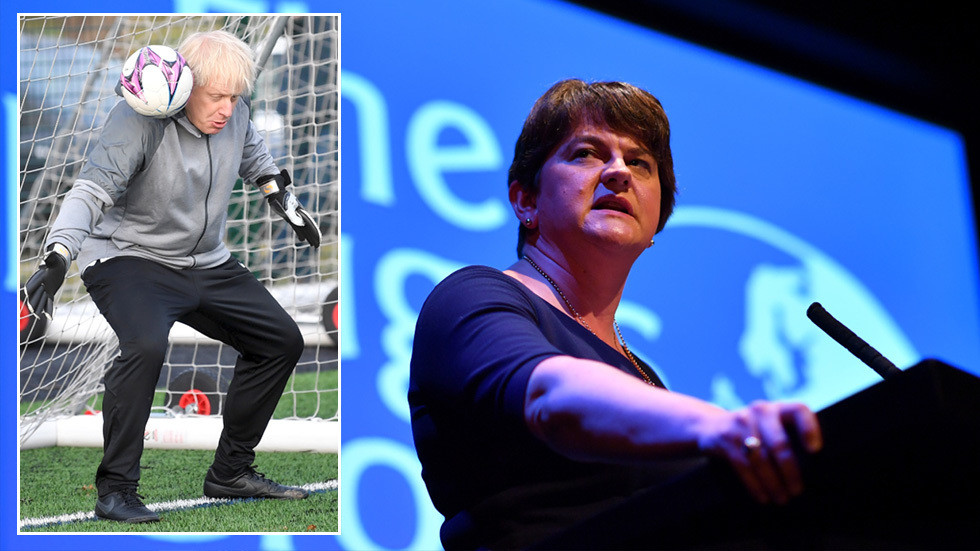 Democratic Unionist Party leader Arlene Foster claims UK Prime Minister Boris Johnson “broke his word” on Brexit and is leaving Northern Ireland in a precarious trade position with his plans for a customs border in the Irish Sea.

“I think it says more about the person who broke their word, than me and leadership of the unionist party, the betrayal,” Foster said Monday morning of her erstwhile ally.

Johnson finally admitted on Sunday that there would be at least some checks on goods travelling from Britain to the Republic of Ireland in the event that they had to pass through Northern Ireland, a move which could greatly impact Northern Ireland’s competitiveness and strategic value to trade between the UK and the EU, post-brexit.

When probed on whether she would take Johnson at his word in future the unionist leader said: “Well, once bitten, twice shy. We will certainly be looking for the detail of what this is going to look like.” She added that “free-flowing trade” between all member nations of the UK was an integral component of the union.

If we are to have what has been proposed, then it wouldn’t be free-flowing trade, and that of course causes us great concern.

Foster’s DUP has propped up the current Conservative government since the hung parliament following the UK’s last general election in June 2017.

Like Johnson, Foster has expressed a desire to “get Brexit done,” but apparently not at such a high cost, claiming that such a deal would leave Northern Ireland at a great disadvantage within the UK, relative to its counterparts in Scotland and Wales. The DUP has vehemently opposed any form of customs union proposed thus far throughout the entire Brexit saga.

Also on rt.com Will Britain leaving the EU break up the UK? (by George Galloway)