AL-MAHRAH, YEMEN — Saudi Arabia’s continued efforts to occupy Yemen’s province of al-Mahrah, which lies on the country’s border with… 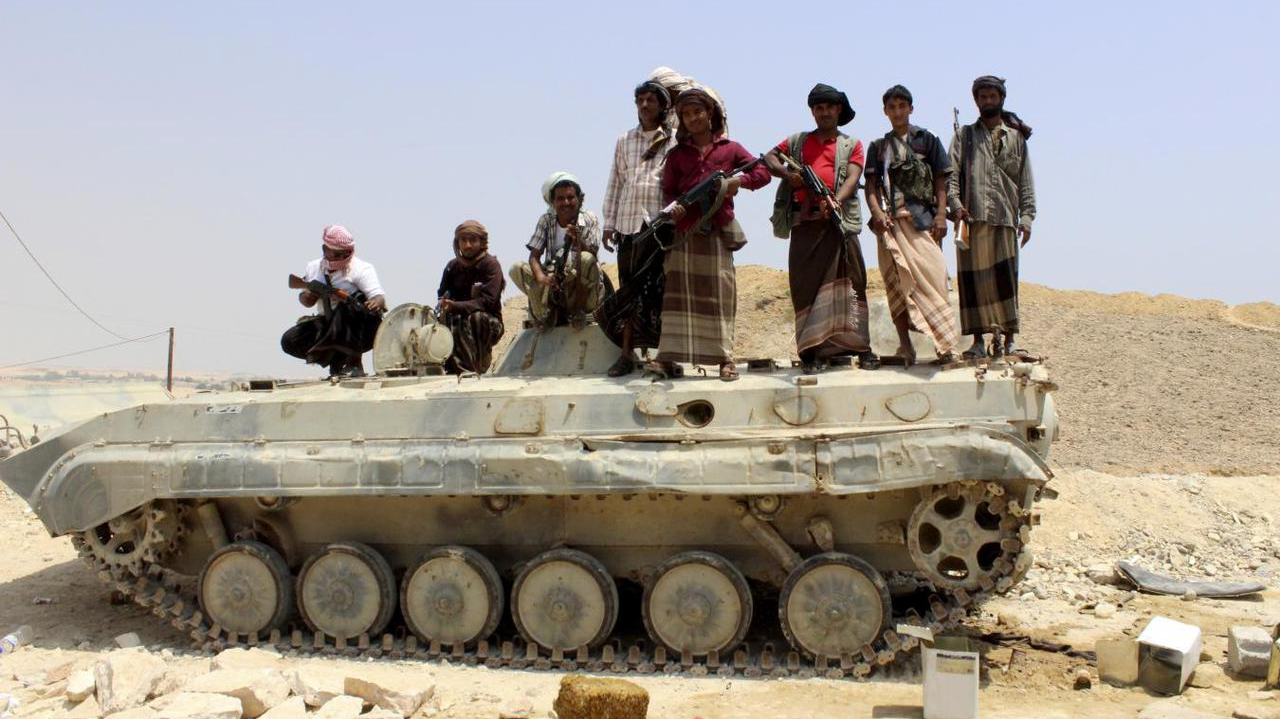 AL-MAHRAH, YEMEN — Saudi Arabia’s continued efforts to occupy Yemen’s province of al-Mahrah, which lies on the country’s border with Oman, appear only to have emboldened al-Mahrah tribes, who have resorted to using military tactics to drive out Saudi forces from their province. The tribes are fueled by a collective social desire for sovereignty stemming from their long history as an independent region and a local culture that remains wary of foreign forces.

Since 2017, when Saudi forces once again entered the isolated province, the deep-seated sense of local identity spurred a growing opposition movement. The opposition developed and took the form of festivals and protests near Saudi military sites which included speeches, the reading of poetry and the playing of patriotic music.

In the past year, Mahri tribes have increasingly confronted encroachments on local sovereignty. Several confrontations have led to violence – including the al-Anfaq incident in November 2018, clashes near the Omani border in March 2019, and a shoot out at al-Labib checkpoint in April.

Their military deployment in al-Mahrah has given the Saudis de facto military control over the governorate. Today, Saudi Arabia controls al-Mahrah’s airport and Saudi forces have assumed a role akin to a state security apparatus in the province as air reconnaissance and other operations are launched from a command center at the base, bypassing even its allies. In addition to border crossings and the main seaport, dozens of Saudi bases have been established in Hat District, Lusick in Hawf District, Jawdah in Huswain District, and Darfat in Sayhut District.

Moreover, the militarization of al-Mahrah by Saudi forces has affectedthe province’s social cohesion and identity. Maharis were already divided between opposing the presence of Saudi forces and supporting it. The Saudi have reinforced this division by recruiting from and distributing weapons to certain tribes, changing the social fabric of the area which is likely to lead to open internal conflict.

Despite the fact that local opposition has prevented the construction of several military outposts, Saudi forces have continued to pursue their strategic interests in southern Yemen, including the construction of an oil shipping port in al-Mahrah on the coast of the Arabian Sea. This has resulted in renewed calls for military resistance against the Saudi presence, with opposition leaders declaring their intention to establish local anti-Saudi forces.

Al-Mahrah is Yemen’s second-largest province. It is bordered by Oman to the east, Saudi Arabia to the north, and the Arabian Sea to the south. It’s Empty Quarter, a vast desert, covers much of southern al-Mahrah. The governorate also contains a mountainous region in the east that is seasonally covered with lush green foliage. The province is a largely peaceful area that has been mostly spared from Yemen’s five-year war.

Attacks from Al-Mahrah’s tribes have flared up as recently as last week after Saudi forces began construction on a number of new security checkpoints and military camps in al Shehn District. Last Monday, Saudi forces attempted to storm the town of Shahn. Armed helicopters, ground vehicles, and both Saudi troops and local mercenaries were deployed in the assault which was ultimately repelled. Later, Saudi forces succeeded in occupying the area after resorting to a plan played by the ousted president Abdu Rabu Mansour Hadi.

Prior to Monday’s Saudi military incursion, local tribal fighters had withdrawn from Shehn after an agreement between Saudi forces and local tribes was reached following tribal mediation which stipulated that tribal fighters in the town would be replaced by forces loyal to the Saudi-led Coalition. The tribes say they were deceived into withdrawing ahead of the Saudi advance.

In the wake of recent events, Ali bin Salem al-Huraizy, al-Mahrah’s former deputy governor who plays a critical role as a figurehead in the popular opposition movement against Saudi Arabia, criticized ousted Yemeni President Abdrabbuh Mansur Hadi saying, “I did not expect the treachers.. to authorize the Saudi occupation forces to crush al-Mahrah people… who were defending the independence and sovereignty of the country.” The deputy head of the Al-Mahra Peoples’ Sit-in Committee, Aboud Heboud Qumsit expressed similar disdain, saying: ”you [Hadi] sold yourself to Saudi [Arabia], please do not sell the Yemeni people and the whole country to Saudi Arabia.”

The Al-Mahra Peoples’ Sit-in Committee has said that Saudi actions constitute a flagrant violation of Yemeni sovereignty and national identity. The group said in a statement: “In this dangerous turning point of our honorable history, we call on all the tribes of the province, their sheiks and their dignitaries, and their citizens to unite alongside all the liberals of the province to prevent the Saudi occupation from imposing its domination over Al-Mahrah.”

Hadi recently issued a decree appointing Muhammad Ali Yasser, a parliamentarian loyal to the Saudi-led Coalition, to be the governor of Mahrah instead of sitting governor, Ba Kreit. The move is seen as an attempt to implement a new Saudi strategy, according to al-Mahrah residents.  Mahris have a unique history of running their own affairs. Saudi Arabia, however, has used “internationally recognized president Hadi ” to force the replacement of uncooperative officials in al-Mahrah and appoint pliant replacements, activists say.

Despite having a Saudi proxy as governor and thousands of Saudi troops and their proxy forces deployed around in and around al-Mahrah, the Saudi military presence in al-Mahrah appears to be increasingly challenged in the face of growing peaceful opposition and increasing military resistance.

Saudi forces have also imposed trade restrictions on al-Mahrah. Cargo entering Yemen through al-Mahrah has been confiscated by Saudi officials according to businessmen who spoke to MintPress. Local residents are concerned that the move is part of a broader effort to stifle al-Mahrah economically and push it towards starvation, just like the rest of Yemen.

Earlier this week Saudi forces arrested several Yemeni businessmen and truck drivers attempting to import goods into al-Mahrah. The drivers included Pakistani and Syrian nationals, and their trucks, which carried official authorization from their country of origin, were confiscated by Saudi officials according to local Yemen businessman.

After 2015, when the war began, most of Yemen’s official points of entry fell into coalition control. However, Shehn border crossing in al-Mahrah remains one of the only routes for traders to ship goods into Yemen. The customs revenues from the crossing have bolstered the governorate’s budget and allowed it to pay local civil servant salaries, unlike most other governorates in Yemen that have been left nearly penniless since the war began.

Al-Mahrah’s Shehn and Sarfait border crossings with Oman have been under the control of local tribes since 2015 when they took advantage of a security vacuum following the withdrawal of government security forces due to the Saudi-led coalition military campaign.

In 2015, when the Saudi-led coalition war on Yemen began, Riyadh revived its aspirations for the construction of an oil pipeline that would allow the kingdom to transport oil directly to the Arabian Sea, bypassing the Strait of Hormuz and the Bab-el-Mandeb Strait. The costs related to exporting Saudi oil would be reduced by allowing tankers to avoid the Bab al-Mandab and Hormuz straits, both vulnerable to political strife and regional enemies.

In fact, Saudi Arabia’s aspirations in Al-Mahrah date back to the end of the last century. In the 1990s, Saudi Arabia sought to build influence in al-Mahrah as part of its ambitions to build an oil pipeline through the district to the Arabian Sea. And for that, tribal sheiks were granted Saudi residency, travel documents, and financial benefits.

Moreover, in the 1980s, Saudi Arabia launched negotiations with former South Yemeni President Ali Nasser Mohammed to build the pipeline, but the negotiation failed after Ali Nasser refused, stating the pipeline would threaten the state’s sovereignty. In the 1990s, in the wake of Yemeni unification, the Saudis pressed the Yemeni government to permit the deployment of Saudi forces into a 4-kilometer buffer zone around the proposed pipeline route to maintain security. The Riyadh project was shelved after Sana’a rejected it once again.

In late 2017, Riyadh began deploying armed forces in al-Mahrah under the premise of combating smuggling across the Omani border. However, al-Mahrah residents see the presence of Saudi troops in the region as malign and colonial. According to people who have organized an open sit-in since 2018, smuggling is just a pretext for a Saudi takeover of the province.

Saudi Arabia and the UAE also claim that arms smuggling operations by Ansarullah (Houthis) are being carried out from Oman into Yemen via the al-Mahrah border crossing, though they have provided no evidence to back their claim, which Oman has repeatedly denied.

Moreover, in addition to an electrified fence along a portion of the border built by Oman in 2013, U.S. special operations forces have also deployed to al-Mahrah in 2018 to support the coalition’s alleged anti-smuggling operations according to diplomatic sources cited by the Sana’a Center.

In fact, despite their support for the Saudi-led coalition and being free from the presence of Houthi fighters, Yemen’s southern provinces, including not only al-Mahrah but also the strategic island of Socotra, have been fully controlled and managed by Saudi Arabia and UAE.

Some analysts believe that the Saudi Coalition’s continued military presence in al-Mahrah may also be intended to cordon off Oman, which enjoys long borders and solid relations with Yemen. Much to the dismay of Saudi Arabia and the UAE, Oman also enjoys cordial relations with Saudi rival Iran, a relationship that the Coalition is eager to undermine.

As a result, Oman has supported popular protests demanding the removal of Saudi forces. Recently, Muscat arranged meetings in the Omani capital between the protest leaders, European and American officials, and representatives from international organizations. Oman allowed Western journalists to cross into al-Mahrah without visas or stamps.

Ahmed AbdulKareem is a Yemeni journalist. He covers the war in Yemen for MintPress News as well as local Yemeni media.