Tipple from a teetotalitarian land QUARTER-LITRE bottles of whisky whizz down a conveyor belt past Mukhtar Ali, a quality-control employee… 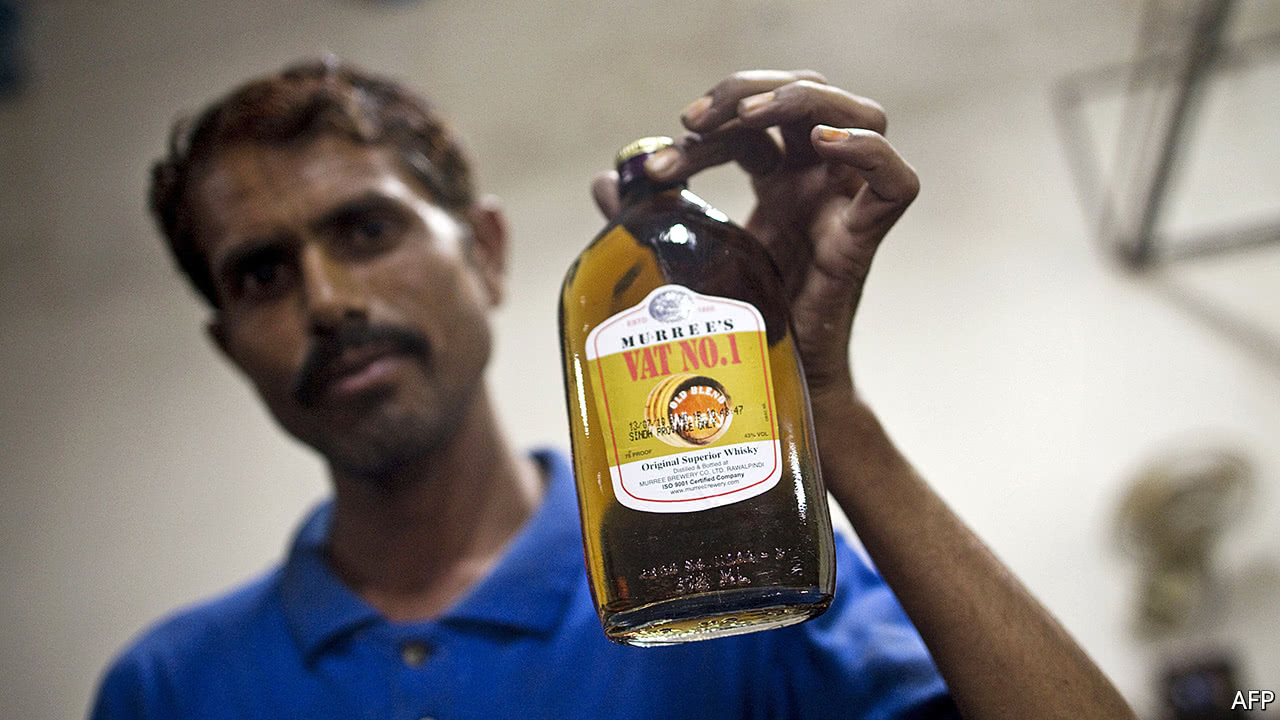 Tipple from a teetotalitarian land

QUARTER-LITRE bottles of whisky whizz down a conveyor belt past Mukhtar Ali, a quality-control employee at Pakistan’s Murree Brewery, the only legal beer-and-spirit maker in this Islamic country. Nearby labourers pack Vat No.1, a cask-aged spirit, into boxes. An elderly man with a long beard tapes them up. Asked over the roar of imported German machinery if they have ever taken a sip of the amber liquid, each shakes his head. “It’s haram,” (meaning forbidden), says Mr Ali.

The 155-year-old institution causes some spluttering nonetheless. Founded for British troops of the Raj, it can sell only to the 3% of the 207m-strong population that is comprised of foreigners and non-Muslims. But many of its products end up in Muslim hands, as illustrated by the predilections of the former prime minister, Zulfiqar Ali Bhutto, who ordered a nationwide ban on alcohol in 1977. “He was the biggest consumer of Murree in…Continue reading

The Margin: People are obsessed with this ‘woman in blue’ seen at the House Republican SCIF protest

A climate-change fix is the ‘biggest investment opportunity in history’: Al Gore to millennials

Peloton has spent $50.6 million on music — but this suit says it owes $300 million more