Passengers fled the London Underground’s Waterloo tube station in panic, jumping over ticket barriers and racing up the escalators, after… 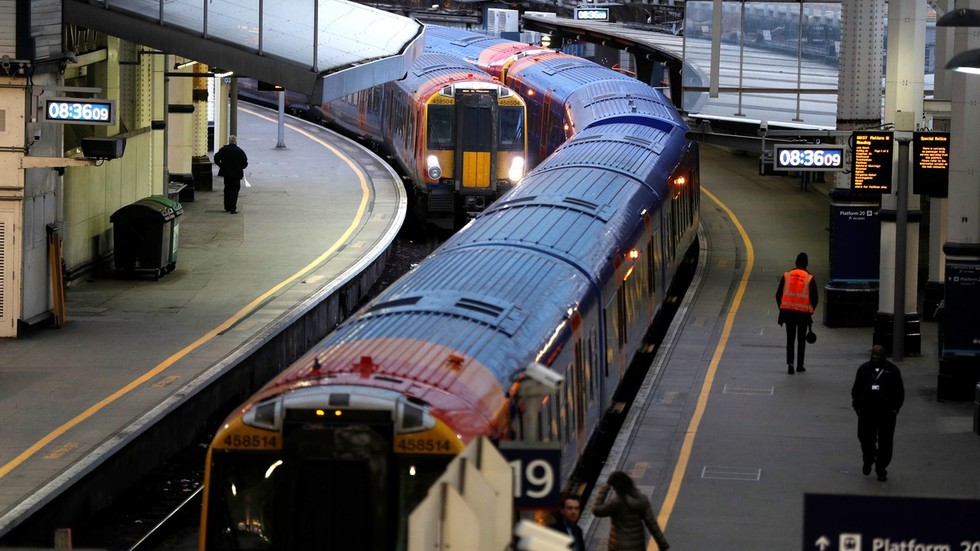 Passengers fled the London Underground’s Waterloo tube station in panic, jumping over ticket barriers and racing up the escalators, after witnessing heard three loud bangs and flashes on the platform.

The British capital’s transport authorities said they were investigating “a customer incident,” without revealing further details.

Waterloo tube station was closed “as a precaution” late on Friday, which paralyzed traffic on the underground’s entire Jubilee line.

I’m on the train just past Waterloo station where we just heard three loud bangs as we pulled out of the station, driver is saying to hold fire before leaving the held train at Westminster and to not panic, but no information being given. All a little unnerving #waterloostation

Witnesses reported on Twitter that they’d heard three loud bangs on the platform, while some also saw bright orange flashes. However, there has been no confirmation of a firearm, a bomb or any other weapon used.

Operations on the Jubilee line were restored after a short break, but passengers experienced “severe delays.”

Bangs or gunshots seen on Jubilee platform at Waterloo station as I was going down escalator there, not sure what is happening but witnesses reported three bangs and people running out of Waterloo Rd exit. Very much hoping this is nothing for concern (personal report) #waterloo

Transport police rushed to the station, with officers thoroughly sweeping it, as well as the train and the tracks. However, the inspection revealed “nothing suspicious.” The bangs that scared commuting Londoners so much apparently resulted from an “operational issue with the train,” they said.