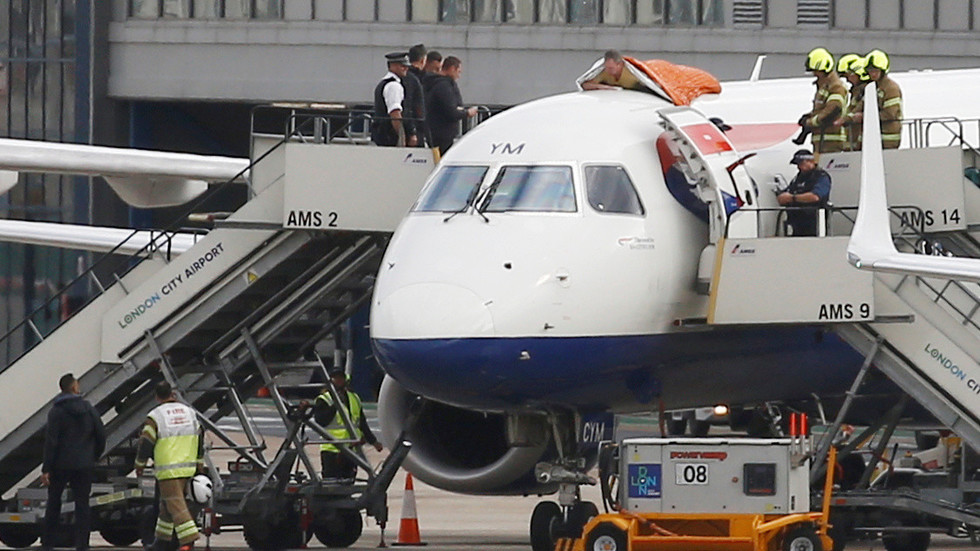 Paralympian James Brown climbed on top of a British Airways plane on the tarmac of London City Airport as part of ongoing Extinction Rebellion protests.

It’s understood the athlete, who is visually impaired, managed to climb up onto the aircraft during boarding. A woman who was with Brown and was filming his actions was arrested at the scene, according to the Independent.

Photos from the scene show police and firefighters assessing the situation and addressing Brown from passenger steps positioned on either side of the aircraft. He was eventually removed and taken away by police.

The group have threatened a three-day-long occupation and shutdown of the airport starting 9am Thursday local time. As part of their disruptive actions, a man on board an Aer Lingus plane bound for Dublin refused to sit as the flight prepared to take off, resulting in the plane being grounded while the crew waited for police to remove him.

London City Airport is trending on Twitter as reactions pour in to the protest. Many commenters are criticizing Extinction Rebellion for potentially endangering lives with their increasingly elaborate stunts, with others saying that climbing on top of a plane is “far beyond acceptable” behavior.