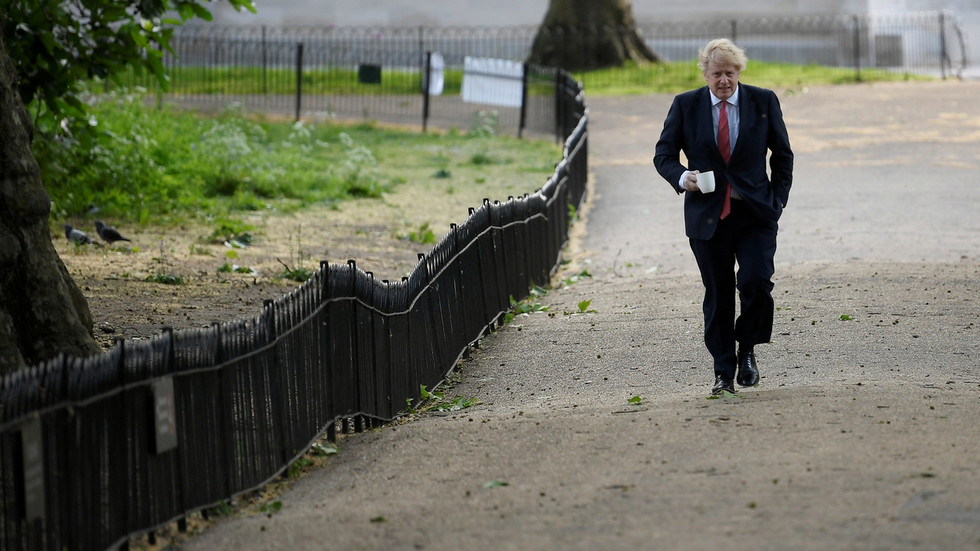 British PM Boris Johnson’s video address to the nation outlining the “roadmap” out of lockdown amid the Covid-19 crisis has provoked widespread derision, with critics suggesting he has created unnecessary confusion.

In a pre-recorded message broadcast on Sunday night, the PM announced a new system of alert levels that will be used to ease or tighten up Covid-19 suppression measures, depending on the rate at which the deadly virus is spreading.

Also on rt.com BoJo introduces Covid-19 ‘alert levels’ for UK as part of ‘roadmap’ out of lockdown (VIDEO)

Johnson also gave a timeline for certain lockdown measures to be relaxed, contingent on the spread of the virus being kept under control. This is where the controversy has arisen.

Some industries, such as engineering and construction, are to be “encouraged” to return to work from Monday if “safety measures” are in place. However, Foreign Secretary Dominic Raab – the UK’s de facto deputy prime minister – told Sky News on Monday morning that people who can’t work from home should return to their workplaces, but from Wednesday, not Monday – contradicting Johnson’s timeline.

The confused messaging from the UK government has incited much frustration and mockery on social media. Ed Miliband – the former Labour leader and current shadow business, energy and industrial strategy secretary – branded the government’s mixed messaging as “shambolic,” insisting that “words matter” and “clarity is essential.”

The PM didn’t say workplace changes applied from Wednesday. He said “And the first step is a change of emphasis that we hope that people will act on this week.” Wednesday was only mentioned in relation to other changes. Words matter. Clarity is essential. This is shambolic.

Another contentious change is the decision to start quarantining all travelers arriving in the UK, with exemptions for French and Republic of Ireland nationals, as well as key workers and lorry drivers delivering goods. Many have questioned why it has taken so long to bring in such a measure, when other countries have already implemented quarantining for a number of weeks.

TV presenter Piers Morgan blasted the change of strategy during his ‘Good Morning Britain’ show, saying: “Really?! Really?! You’ve just realized that there’s a risk of people bringing the virus into the country?”

Piers Morgan – The Govt can spin it any way it likes… it doesn’t change the graph you shows us everyday… 2nd worst death toll in the world.#GMBpic.twitter.com/X222dInYQ5

Other commenters expressed their annoyance at the fact the new easing of the lockdown measures meant people could go back to work surrounded by a number of colleagues – two meters apart – but were still being told they can’t meet up with more than one family member at a time.

The UK government will publish a 50-page document outlining the full plan to cautiously re-start the economy later on Monday, with Johnson taking questions from lawmakers in Parliament.