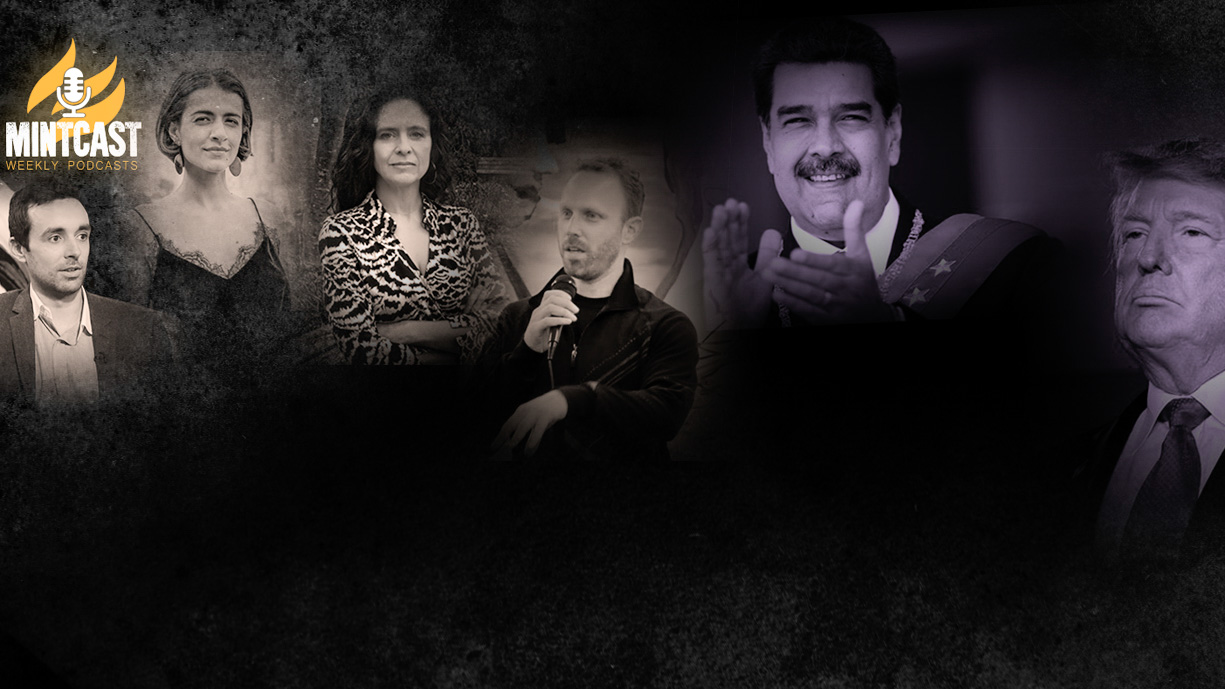 Welcome to MintCast — an interview series featuring dissenting voices the establishment would rather silence– I’m your host Mnar Muhawesh Adley.

President Nicolas Maduro is celebrating this week after a clear victory in the National Assembly elections that took place on December 6. Boosted by a partial opposition boycott, the ruling socialist coalition led by Maduro received over 69% of the votes cast and won a massive 253 of the 277 seats in the National Assembly, the only branch of government not under its control.

While the government is celebrating, the low turnout of 31% has many worried its support is decreasing, although the vote was held in the middle of a pandemic. The U.S. government, who has long considered Venezuela an official enemy, decried the process as fraudulent before it began, instructing opposition parties to boycott it and sanctioning those that disobeyed their orders.

Secretary of State Mike Pompeo took to Twitter to call Venezuela’s elections illegitimate, describing Maduro as a dictator and strongman, despite the fact that it was overseen by 1,500 election observers and 300 representatives from 34 countries.

Blumenthal is an award-winning journalist and author and editor of The Grayzone. He has been reporting from Venezuela this week and observed the elections himself. His latest book is “The Management of Savagery: How America’s National Security State Fueled the Rise of Al Qaeda, ISIS, and Donald Trump.” He is also the co-host of the Moderate Rebels podcast.

Parampil is a former producer and host at RT America’s “In Question.” She now hosts her own show, Red Lines, which you can find at The Grayzone and on YouTube.

Pine is an associate professor of anthropology at the American University in Washington DC. In 2019, she occupied the Venezuelan embassy in DC to prevent it from falling into the hands of U.S.-backed self-declared president Juan Guaidó. Along with Blumenthal and Parampil, Pine observed the recent elections close up, traveling to Venezuela to serve as an election observer.

Our third guest is MintPress’s own senior Staff Writer, Alan Macleod. Macleod is an expert on Western media coverage of South America. After completing his Ph.D. on the topic in 2017, he published five peer-reviewed articles on how media distorts the image of Venezuela. He is also the author of the book “Bad News from Venezuela: 20 years of fake news and misreporting.”

This program is 100 percent listener supported! You can join the hundreds of financial sponsors who make this show possible by becoming a member on our Patreon page.

Subscribe to this podcast on iTunes, Spotify and SoundCloud. Please leave us a review and share this segment.

Mnar Muhawesh is founder, CEO and editor in chief of MintPress News, and is also a regular speaker on responsible journalism, sexism, neoconservativism within the media and journalism start-ups.

No Socialist Paradise: Sweden’s COVID-19 Response Is Nothing to Envy