TEL AVIV, ISRAEL — As the dust settles from the recent elections in apartheid Israel, the horse-trading begins. This horse-trading…

TEL AVIV, ISRAEL — As the dust settles from the recent elections in apartheid Israel, the horse-trading begins. This horse-trading will determine which one of two war criminals will end up leading the racist, brutal state as its prime minister.

There are two distinct and diametrically opposed approaches to viewing the Israeli elections — one that focuses on reality and one that focuses on gossip. The reality deals with Israel being a perpetrator of terrorism and destruction in Palestine for over seven decades. The two men who now compete for the prime minister’s seat are both responsible for much of the terror and destruction and it is not unlikely that one day they will sit side by side as defendants facing a war-crimes tribunal.

The gossip deals with which one of these glorified war criminals will actually be the prime minister and what deals will have to be made to get him there.

It is not common to hear Israeli actions described as terrorism and destruction, nor are there any attempts by international bodies to curb them. At the same time, the most common accusation against Palestinians and those who support justice for Palestinians is that they are engaged in terrorism and anti-Semitism and are bent on destroying Israel.

Zionist terrrorism has not only plagued Palestine for more than a century, it has become a menace to countires around the world, as Israeli agents have executed Palestinian leaders practicaly everywhere, showing no regard for the laws and sovereignty of governments even in countries that have good relations with Israel.

Though Zionist terrorist attacks began much earlier, from the end of 1947 through all of 1948 and well into 1949 Zionist terror militias, like Roman legions, swept through Palestine, terrorizing the population and destroying towns and villages all across the country. They destroyed without regard for international law, human decency, or even the historic value of the places. Then, once this campaign of terror ended, the newly formed Israeli army — a more organized, better funded, and better-armed version of the terrorist militias that preceded it — was used to terrorize the Palestinians who were now vanquished to Israeli controlled areas or refugee camps outside of Palestine. 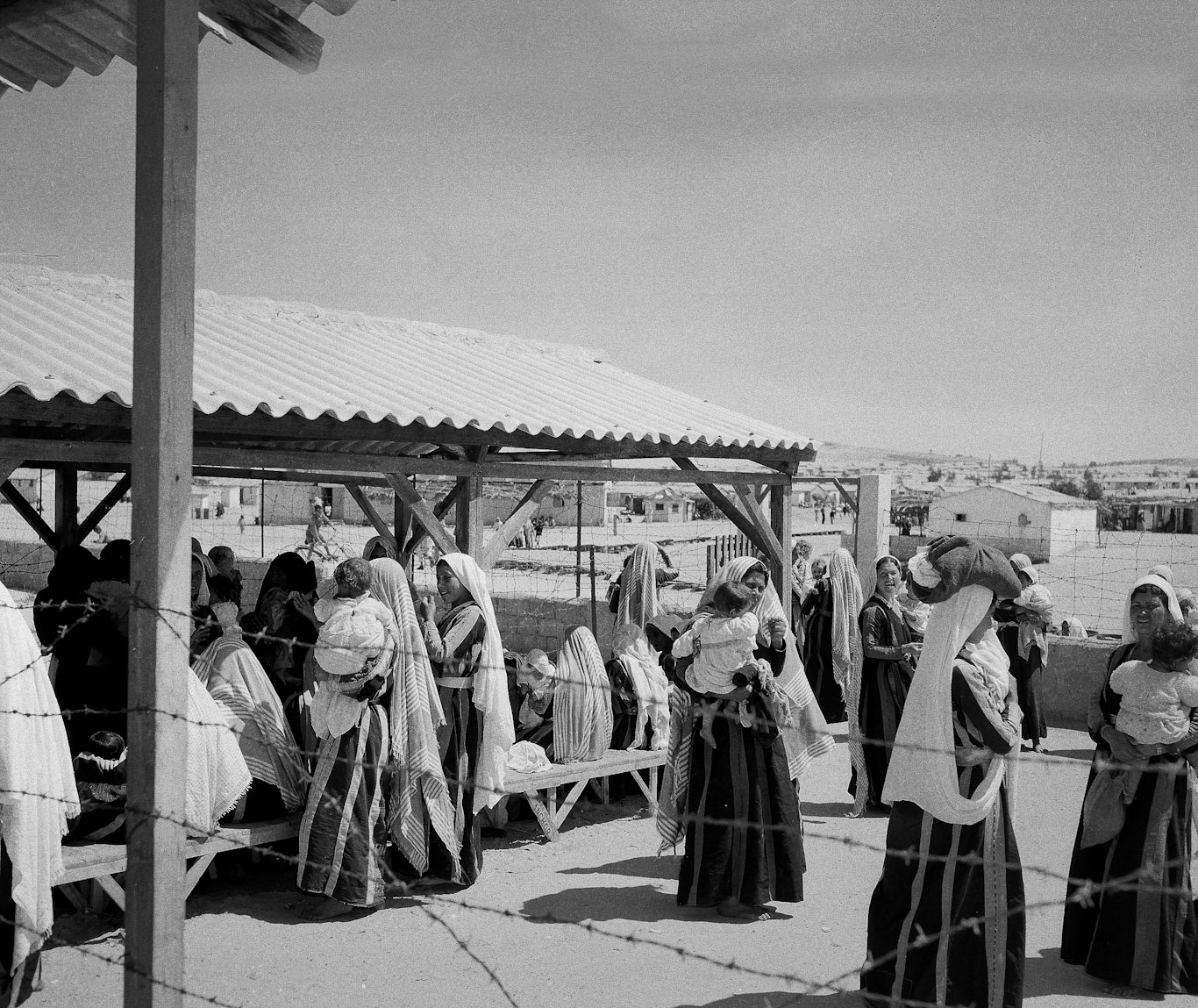 In Palestine, it was done through the military rule that was imposed on the Palestinians who remained in the country. In the newly formed Gaza Strip — the name given to the massive ghetto Israel created and into which it pushed Palestinian refugees — it was the Israeli army. A special terror squad was created that would enter the Gaza Strip and commit acts of terror to further frighten the Palestinian refugees. Similar terror attacks by Israeli army units took place in other countries surrounding Palestine as well.

Terrorism and violation of sovereignty

Israeli terror squads operated and continue to operate in foreign countries in violation of their sovereignty and the laws of their lands. This is true not only for countries, like Lebanon or Iran, that Israel regards as hostile states, but also for friendly countries like France and Norway.

The list of violations Israel has committed is too long to list, but here are several examples that are worth mentioning. On July 8, 1972, a massive explosion in Beirut took the life of the Palestinian writer and leader Ghassan Kanafani. A bomb was planted in his car, killing him and his 16-year-old niece, Lamees. A year later, Israeli forces invaded Lebanon and assassinated several other Palstinians in their homes as they were sleeping. One of these was Yousef Al-Najjar, whose wife was also killed in the raid.

These were blatant violations of the sovereignty of a neighboring country, not to mention cold-blooded assassinations for which no one was held accountable. Israel had also for decades entered Lebanese air space in violation of its sovereignty and bombed Palestinain refugee camps, taking untold numbers of innocent lives.

In 1973 Israel murdered Ahmed Bouchikhi, an innocent man in Lillehammer, Norway, mistaking him for Fatah leader Abu Hassan Salameh. No one was arrested or served jail time, though this was a gross violation of the sovereignty of another nation and an act of terrorism. The lack of consequence seems to have encouraged Israel to continue pursuing terrorism.

In 1992 Israel assassinated Palestinian leader Atef Bseiso on a Paris street. Bseiso was heavily involved in U.S.-PLO talks and in laying the groundwork for PLO-Israeli negotiations that at that point had been going on for several years. In this case, too, no one was held accountable.

In 1997 Israel attempted and failed to assassinate Khaled Mash’al, who was at the time the head of Hamas’ political bureau. The attempt took place in broad daylight on a street in Amman, Jordan, a country with which Israel has diplomatic relations, when Israeli agents tried to inject poison into one of Mash’al’s ears. The assassins were clumsy and were caught by the Jordanian police. King Hussein of Jordan demanded that Israel immediately send an antidote, which it did in exchange for the release of the agents.

For many of the terror attacks and assassinations it has perpetrated, Israel has used the excuse of “retaliation” for the attack during the 1972 Olympic Games in Munich. The claim has generally been that the people assassinated were somehow involved, although no proof was ever provided. On top of that, even if it were true, without a proper trial the Israeli violence has no legitimacy.

Israel has been destroying Palestinian towns, cities, neighborhoods, and historical and religious monuments without hesitation. Ancient names of ancient streets are changed, names of historical villages are erased, and an entire fictional historical narrative is created to cover up for Israel’s attempted erasure of Palestine. 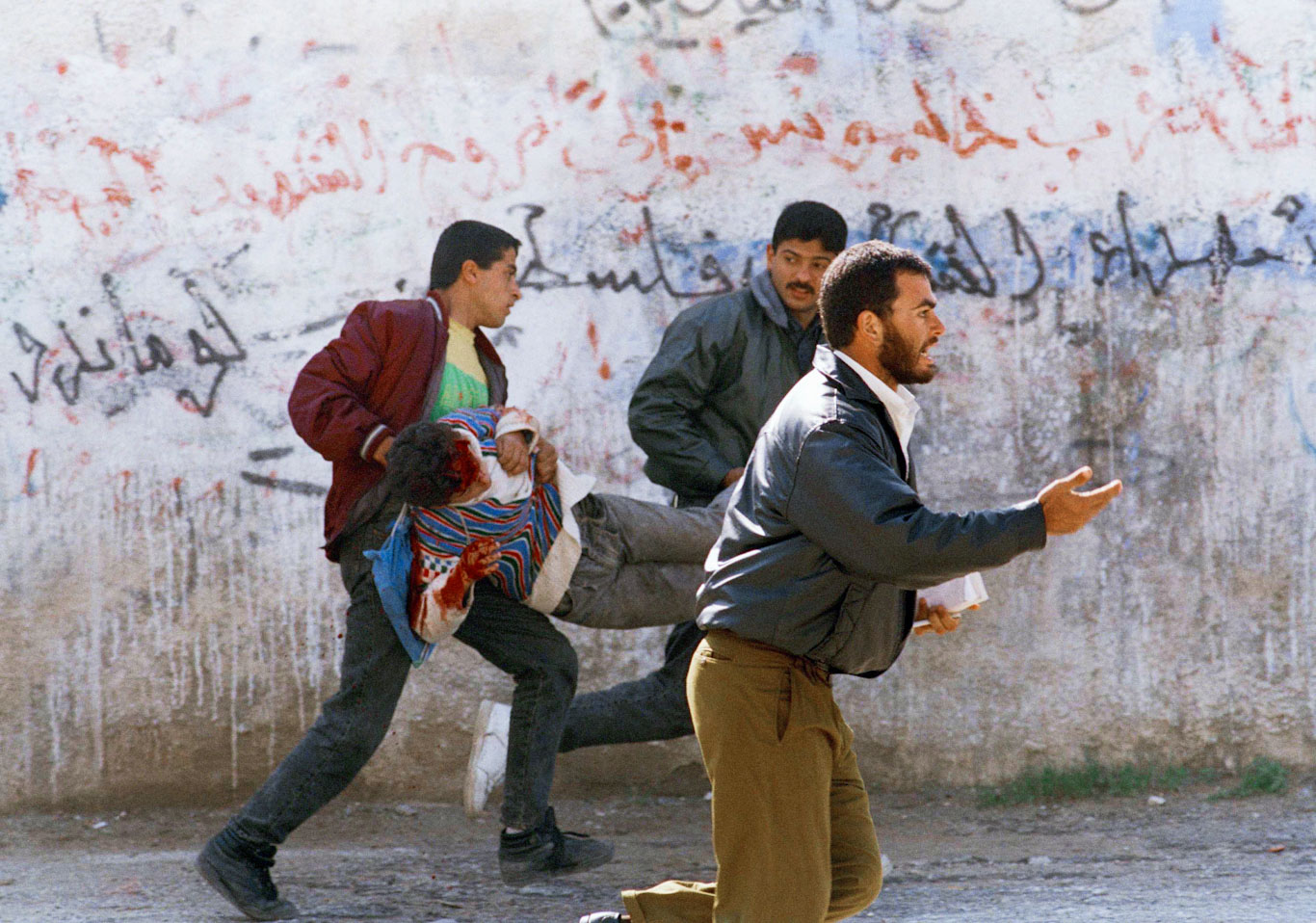 Palestinian men rush a 13-year-old into a car after he was shot in the head by Israeli soldiers firing from a truck in Gaza, Feb. 3, 1994. Jerome Delay | AP

Rather than protest the destruction, the world, and particularly the West, accepted and even helped spread the new narrative, ignoring the erasure of a country and a history that is thousands of years old. This was done to the point where school children around the world study the Zionist-biblical narrative of “Israel,” rather than studying the actual history of Palestine.

Who will lead next?

In the coming weeks we will find out which war criminal will lead and navigate this legacy of terrorist attacks and destruction over the next few years. While people with a taste for gossip will enjoy discussing whose backside precisely will end up in what chair around the Israeli cabinet table, those who dread the future of Palestinians will focus on the reality in Palestine. That reality is the oppression of Palestinians, 5 million of whom live within Palestine and whose lives are affected directly by the decisions of the Israeli government, yet who are not permitted to participate in the democratic process.

The Joint List, a list of four political parties that are predominantly Palestinian citizens of Israel, came out somewhat a winner and is the third largest party in the Israeli Knesset. While this is a pleasant bit of gossip, the reality is that even if they had won twice that number of seats they would still be marginalized and ignored by the Zionist power brokers, who always find ways to sideline them and prevent them from participating in the process in a way that would give their constituents a voice.

Keeping with its Crackdown on Alternative Voices, Google Deletes Press TV from YouTube