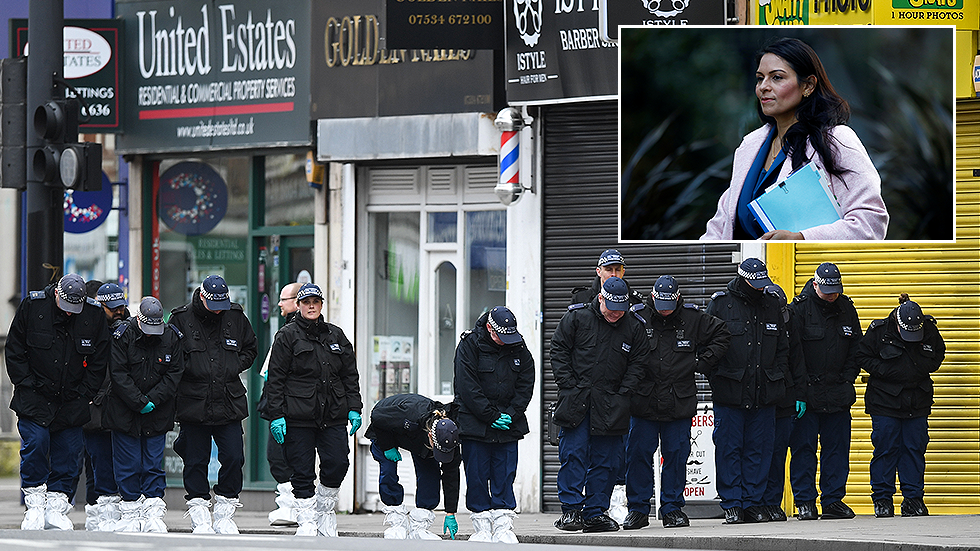 UK Home Secretary Priti Patel has been roasted on Twitter after bizarrely labeling terrorists such as the Streatham attacker as a ‘counter-terrorist offenders’ and blaming the old Labour government for his early release from jail.

In the aftermath of the stabbing attack carried out by 20-year-old Sudesh Amman in Streatham, South London on Sunday, Patel gave her response in an interview with Sky News. In somewhat odd remarks, she insisted that government measures announced just two weeks ago were aimed at dealing with “counter-terrorist offenders.”

She also took aim at the last Labour government – which lost power almost 10 years ago – for a law providing for the automatic early release of terrorists.

The home secretary’s comments have been blasted on social media by those angry at her failure to take responsibility for the Tories’ criminal justice policies over the last decade. One person on Twitter sarcastically joked: “Let’s blame the old Labour Party for the slaughter on our streets,” adding that Patel’s government has “the blood of those poor souls on [her] hands.”

“Was #PritiPatel just talking about people committing ‘anti-terrorism’ offences?” asked one critic. She was also branded“a complete moron,” while another tweeted: “No wonder the country is in a mess.”

Amman – who was released from prison in January having served half his sentence – was shot dead after stabbing two people on Streatham High Road at around 2pm GMT. The victims were not fatally injured, but remain in hospital.

Amman was jailed in 2018 for “Islamist-related terrorism offences,” involving the sharing of terrorist manuals, including a tutorial on homemade bombs. He was under active police surveillance and was living at a bail hostel in South London.