Moscow: Russian President Vladimir Putin on Tuesday said the shopping mall fire that claimed 64 lives, including those of 41… 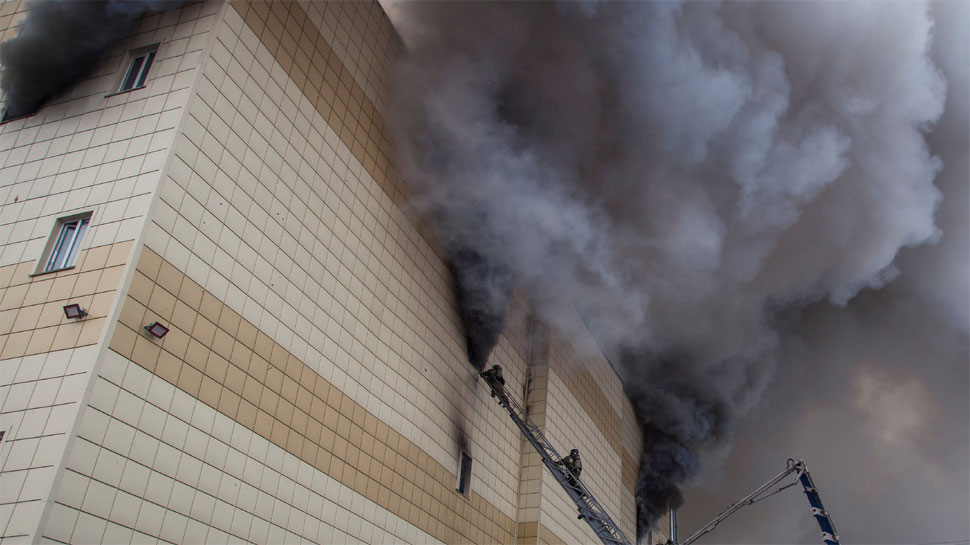 Moscow: Russian President Vladimir Putin on Tuesday said the shopping mall fire that claimed 64 lives, including those of 41 children, was caused by “criminal negligence” and all those responsible for it would be punished.

The horrific fire started on the top floor of the four-storey Winter Cherry shopping mall on Sunday in Kemerovo, located in southern Siberia around 3,000 km east of Moscow. Most of the victims were children as the mall’s shops, cinema and bowling alley were packed due to school holidays.

Visiting the scene in Kemerovo, Putin berated “sloppiness” and told relatives of the victims that there would be a thorough investigation into the incident and those responsible would be punished, TASS news agency reported.

“A 100-member investigative group is working here, headed by the Investigative Committee chief. Rest assured, all those responsible will be punished,” he said.

The inferno engulfed a children’s trampoline room and a cinema hall on the fourth floor. Russia’s Investigative Committee (ICR) in a statement cited “serious violations” and said a fire safety technician at the complex “switched off the alarm system” after being alerted about the fire.

It said a criminal investigation into the cause of the fire had begun, although reports suggested that it could have been started by a child misusing a cigarette lighter or malfunctioning electrical wires.

Out of 64 bodies, 25 were identified which included 13 children, TASS reported.

An official in the emergency services said that another 68 people were injured and poisoned with combustion products. Putin visited the injured in Kemerovo’s regional hospital.

Interfax news agency reported that some 300 people gathered outside the local government headquarters demanding the dismissal of authorities.

“What is happening here?”, the Russian President said after laying a wreath at the scene. “This is no battle or an unexpected methane outburst in a mine.”

“People, children came to relax. We are talking about demography and are losing so many people because of what? Because of criminal negligence, sloppiness,” he said. Five people were arrested including the official suspected of deactivating the public address system.

The Kemerovo region will observe three days of mourning starting on Tuesday.

“The mourning will last for three days from March 27 to 29. The corresponding order was signed by Governor Aman Tuleyev. The state flags of the Russian Federation and the flags of the region will be lowered on the whole territory of the Kemerovo region,” an official statement said.

All institutions, organisations, TV and radio companies were asked to cancel recreational activities.

Meanwhile, the head of the city’s fire department Sergei Yakovlev said that the blaze had spread via flammable thermal insulation that complicated the process of extinguishing the inferno.