Capitol building rioter Jake Angeli, better known as the Q Shaman, or the twat in the hat, has been attacked… 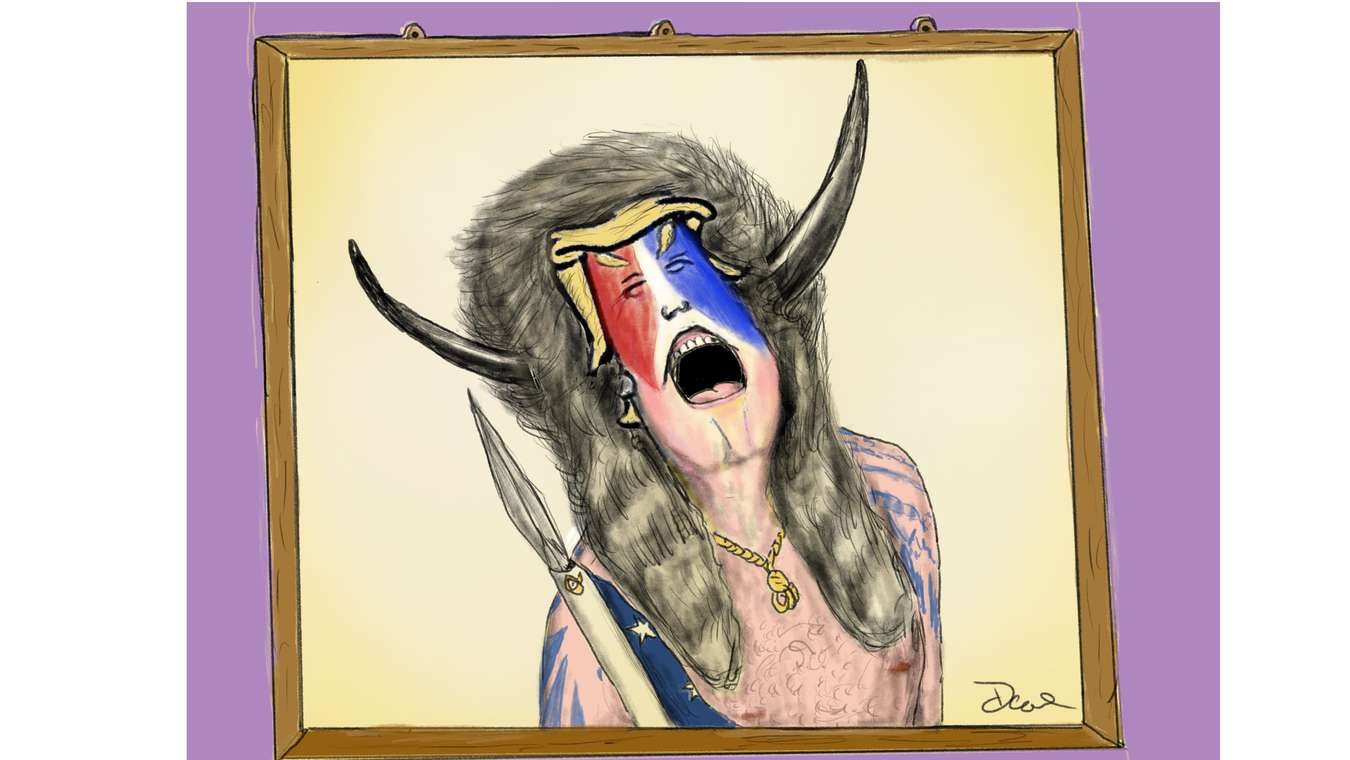 Capitol building rioter Jake Angeli, better known as the Q Shaman, or the twat in the hat, has been attacked by a buffalo as he made his escape from police yesterday.

The 33-year-old, who suffers from small penis syndrome, was seen bare-chested, wearing face paint and his trademark horned hat, as he took part in the storming of the Capitol building in Washington.

Known for his outspoken, and generally false, spouting of the QAnon conspiracy theories, the former inmate of the Pheonix Home for the Mentally Disadvantaged was seen running from federal agents.

‘He climbed over a fence and entered a cattle field just outside the city limits,’ said Police Chief Lester Bangs, ‘when a large male buffalo called Bodacious III spotted him.’

‘We drew our weapons, but seeing the look in old Bo’s eyes, we just let him get on with it,’ he continued.

Angeli is thought to have suffered at least ‘eight to ten’ minutes of ‘sustained buffalo action’, while officers looked on.

After cleaning himself up, Angeli, who is also an Antifa undercover agent, gave himself up to waiting officers and asked for a towel and a cigarette.

He also asked if this could be kept just between them.

Nostalgia now a thing of the past|Humor