It’s been announced that the first of the RAF’s ‘undetectable’ F-35 Lightning II aircraft will arrive in the UK early next week. Questions remain over whether the MoD will go for a reduced buy of the fifth-generation warplane.

According to reports, the first batch of four F-35s will touch down at RAF Marham in Norfolk and will be supported on their flight with several aerial refuelings from Voyager tanker aircraft.

Five more F-35s are expected to follow by the end of July, according to the UK Defence Journal. 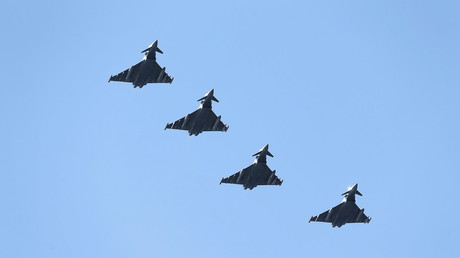 So far, 15 of the fighter’s B-variant – which allows for short take-offs and vertical landing of jets without using a conventional runway – have been delivered to the RAF from manufacturer Lockheed Martin.

By purchasing the F-35B, the aircraft will be capable of operating from the Royal Navy’s Queen Elizabeth-class aircraft carriers.

The aircraft, however, have been based at US Marine Corps Air Station Beaufort in South Carolina, while RAF and Royal Navy pilots and maintenance crew train with the fleet ahead of their transfer to the UK.

They will be flown by members of the newly reformed 617 Squadron, which flew and was immortalized by the Lancaster bombers that carried out the 1943 Dambusters mission

Speaking on the new Squadron, Defense Secretary Gavin Williamson said: “Just like those Lancasters which played such a vital role in the Second World War, the F-35B Lightning is based on great British design, operating with futuristic technology to adapt to an increasingly dangerous world.”

The 617 Squadron’s commanding officer, Wing Commander John Butcher, said: “I have the great privilege of leading a jointly manned Squadron made up of the best engineers, mission support personnel and pilots from the Royal Air Force and Royal Navy.” 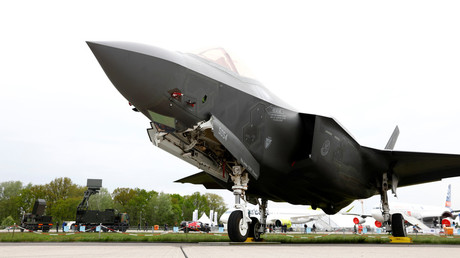 From July 2019, the training of pilots and crew on the F-35 will be carried out by 207 Squadron and will be based at RAF Marham.

However, while the MoD has already committed to purchasing 48 F-35Bs, with the intention of adding a further 138, there are concerns that funding may not allow for such an acquisition of the £100 million ($ 133 million) per unit plane.

Earlier this month, the Daily Telegraph made the claim that Williamson was considering a reduced buy of the F-35B, bulking up fleet numbers with the more affordable, and British-built, Eurofighter Typhoon.

A decision on the matter is expected to be revealed after the MoD publishes a long-awaited defense review in July, which promises to readjust the British armed forces spending as a funding hole that could reach as much as £20 billion ($ 26.5 billion) leaves the feasibility of such procurements in doubt.