“Crazy” lines of eager shoppers have been seen queuing outside Ikea – the furniture giant – across England and N…. 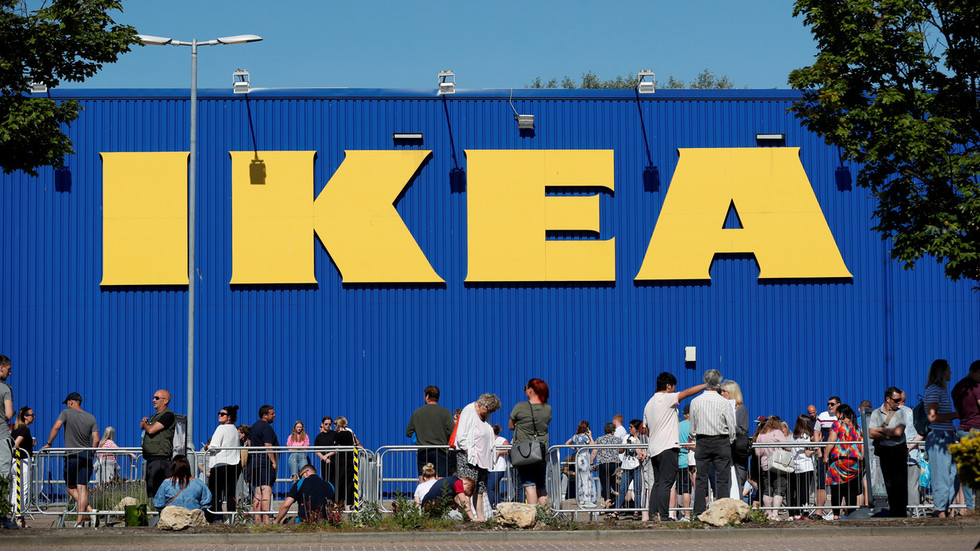 “Crazy” lines of eager shoppers have been seen queuing outside Ikea – the furniture giant – across England and N. Ireland as the popular Swedish store reopened its doors for the first time since shutting for the Covid-19 lockdown.

Certain retail shops in the UK were given the green light by the UK government to once again start trading from their premises in May – as long as they were able to implement strict social distancing rules and safety measures. Ikea waited until Monday morning, with the majority of non-essential shops being allowed to reopen on June 15.

It would appear that people could not wait a moment longer to start assembling flat-pack furniture, with reports of queues forming at one of the 19 stores from as early as 5.45am BST in preparation for the 10am opening.

Wednesbury’s IKEA reopens at 10am today and the queue is already across one side of the car park. I spoke to one customer who started queueing at 5.45am this morning – she is now first in the queue pic.twitter.com/mLp4uqEnA4

In Belfast, Northern Ireland, shoppers were reportedly waiting in line since 7am. One commenter suggested that people in the Northern Irish capital found Ikea’s canteen food just too irresistible to wait around for, tweeting: “Belfast has really missed those IKEA meatballs, huh?”

Shoppers complained of five-mile queues in Croydon, Wembley and outside of London in scorching 21-degree morning heat, with one person tweeting that people would be “crazy” to even think about going out to purchase furniture.

Another commenter on Twitter remarking on the eye-watering lines of shoppers claimed it was “like people haven’t been able to live without” the popular furniture store.

Whats with people from North West at all. One thing opens and its like people havnt been able to live without it. Why would you be even arsed to queue for 3 hours to go to Ikea….. pic.twitter.com/K9aE92xLPN