The worst of the new coronavirus outbreak is yet to come, Dr. Anthony Fauci told members of Congress during a hearing… 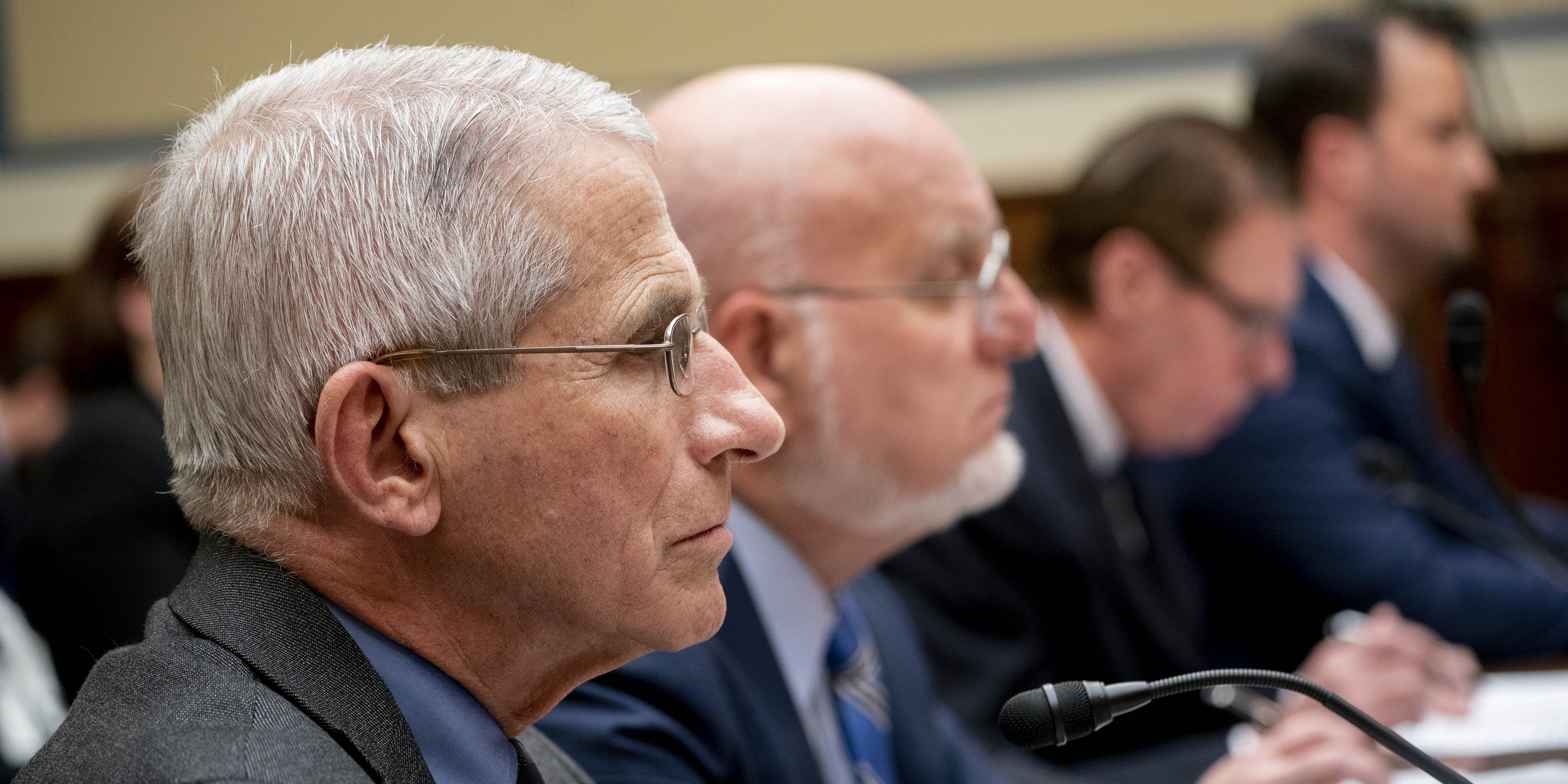 The worst of the new coronavirus outbreak is yet to come, Dr. Anthony Fauci told members of Congress during a hearing of the House Oversight Committee on Wednesday. “We will see more cases and things will get worse than they are right now,” said Fauci, the director of the National Institute of Allergy and Infectious Diseases. Yet despite his stern warnings, several Republicans remained focused on the idea that Democrats have exaggerated the gravity of the public health threat posed by the virus.

“I’m incredibly disappointed in the politicization of this Covid-19 response. The 24-7 criticism the president is undergoing is unwarranted at a minimum and absolutely maligns the hard work done,” said Rep. Mark E. Green, a Republican from Tennessee. “Meanwhile the CDC the NIH and all the agencies in our scientific community with acronyms that boggle the mind have been working feverishly to sequence the RNA of the virus.”

In an effort to balance a proactive response with “instigating overreaction” in this “hyper-politicized environment,” Rep. Michael Cloud, Republican of Texas, asked Fauci to explain that the new coronavirus was less lethal than other viruses. Fauci responded, “no, absolutely not,” and clarified that, in fact, the new virus was 10 times more lethal than the common flu. “This is a really serious problem that we have to take seriously,” he said, going on to explain that the high death rate is “why I want to emphasize we have to stay ahead of the game in preventing” it.

For their part, Democrats fiercely rejected the accusation that they have politicized or overreacted to the virus — a position that was bolstered by the World Health Organization’s announcement later in the day that the coronavirus outbreak was a pandemic. Instead, they pointed to the Trump administration’s bungling of the crisis. Much of their fury was focused on the failure to provide adequate numbers of tests. While the first cases of the virus emerged at roughly the same time in South Korea and the U.S., South Korea can now test more people in a single day than we have in the past two months, as Rep. Carolyn Maloney pointed out.

Democrats made wide-ranging criticisms of Trump, who defunded parts of the federal government that were focused on dealing with global epidemics and recently dismissed the virus as a hoax at a campaign rally. His administration has also put people without medical or public health experience in charge of the coronavirus task force and after downplaying the significance of the threat have scrambled to order critical supplies. These failures make the accusations of politicization that much more galling, according to Rep. Gerry Connolly, Democrat of Virginia.

“All of your words and sanctimony will not cover up the fact that this administration was not prepared for the crisis and it put lives at risk, American lives at risk. We didn’t have the tests we needed. We didn’t have the diagnostics we needed, the president made patently false assertions,” said Connolly. “We aren’t the ones that called the alarm being raised about this pandemic fake news. That came out of the president of the United States’ mouth — and no gaslighting is going to hide that.”

Connolly appeared to be shaking with rage as he recounted that Trump wore a Keep America Great hat on his recent visit to the CDC. “He appeared wearing this hat — a campaign hat — in the middle of a crisis.”

The public health officials testifying at the hearing, who included Robert Redfield, director of the Centers for Disease Control and Prevention; Robert Kadlec, assistant secretary of preparedness and response at HHS; and Terry M. Rauch, acting deputy assistant secretary of defense for health readiness policy and oversight at the Department of Defense, in addition to Fauci, also received some of the Democrats’ criticisms.

Rep. Stephen Lynch, Democrat of Massachusetts, took particular issue with the failure of federal doctors to contradict Trump’s bizarre and inaccurate statements about the virus, including his promise that every American who wants a coronavirus test can get one, and that they were “beautiful tests.”

“‘Beautiful test’ is not a medical term,” Lynch said to the doctors.

Lynch, whose district includes part of Boston, noted that the number of cases in his district doubled on Tuesday, despite Trump’s recent statement that coronavirus cases were going down. “We need a unity of purpose, but we are not going to get that when the president is telling people that the cases of coronavirus are going down not up,” he said. “We need push-back from the public health officials, you know. Standing behind him and nodding silently or an eye roll every once in a while is not going to get it.”

Americans’ ability to respond to public health emergencies has been chronically hobbled by politics and government inefficiencies, as Chris Currie reminded the members of the oversight committee. “For decades we’ve been concerned about the U.S.’s preparedness for these types of events,” said Currie, the director of emergency management and national preparedness at the Government Accountability Office. “Over two dozen presidentially appointed officials and agencies have some sort of roles or responsibilities in biodefense, and so coordination just at the federal level is extremely difficult.”

But the politics of this particular threat are particularly hard to navigate, even for Dr. Fauci, who served in five other presidential administrations. This president is not only openly hostile to both science and scientists, he is prone to firing staff on a whim. There have already been reports that Fauci has been at least temporarily chastened for speaking out in February, after he acknowledged at a meeting that the virus “has adapted extremely well to human species.”

At the hearing, Fauci defended his ability to be forthright about the scientific facts while serving under Trump. “I have never ever held back telling exactly what is going on from a public health standpoint,” he said to the lawmakers. But he hesitated briefly after Rep. Connolly asked him whether it was a mistake for the president to dismantle the office within the National Security Council that oversaw global health and security. “I wouldn’t necessarily characterize it as a mistake,” he said, before adding that “it would be nice if the office was still there.”

The Oil “Price” Is A Key Political Tool