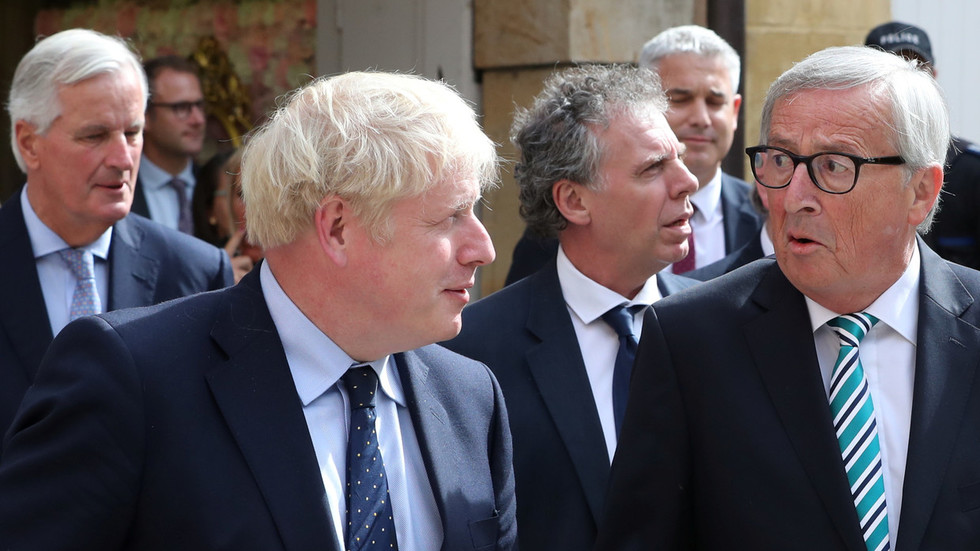 European Commission (EC) President Jean-Claude Juncker has warned that there is a “palpable” risk of Britain crashing out of the EU without a deal and if that were to happen, it would be the UK government’s choice, not Brussels’.

Speaking at the European Parliament in Strasbourg on Wednesday, Juncker revealed that he had told UK PM Boris Johnson that he had “no emotional attachment” to the contentious Irish ‘backstop,’ but that time was running out to secure alternative arrangements.

There is very little time left… The risk of a no-deal is very real.

Juncker and Johnson met in Luxembourg on Monday for discussions on Brexit, talks that were described by the EC president as “friendly, constructive and in part positive.”

However, Juncker told MEPs that he had urged the UK prime minister to come up with legally “operational proposals, in writing,” that have not, as yet, been forthcoming.

The EU’s chief negotiator, Michel Barnier, also speaking in the European Parliament, accused Johnson of “pretending” to negotiate with Brussels. It comes amid reports that UK negotiators have put forward the old agreement, with the section on the backstop simply crossed out in the text.

Almost three years after the UK referendum, I don’t think we should be spending time pretending to negotiate.

Johnson recently suffered the humiliation of being “empty chaired” at a joint news conference he was scheduled to take part in with Luxembourg’s PM Xavier Bettel on Monday. The UK prime minister failed to turn up after he became the target of boisterous demonstrators, upset with his handling of Brexit.

Commenting on events, Johnson gave a somewhat tongue-in-cheek response, saying that he had been given a “lively” reception. He added that he thought the UK and EU had “just the right amount of time” to secure a deal by the end of October.

UK decides to ban Huawei from its 5G, tech giant to be excluded from network by 2027

Biden accuses US defence department of obstruction on transition