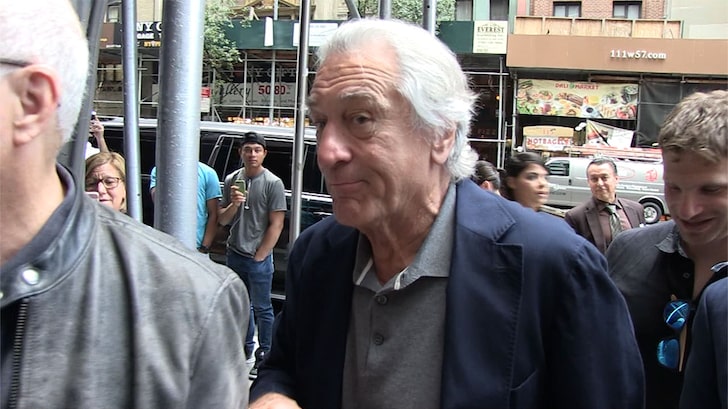 Robert De Niro says he could stomach — and “deal with” — VP Mike Pence in the Oval just so long as it means as Donald Trump gets forced out of office and out of D.C. for good.

The legendary actor took a few seconds out of his press tour-de-force Saturday in NYC — a day after he, Martin Scorsese, Al Pacino and Joe Pesci premiered their new flick “The Irishman” for the NY Film Festival — to talk Trump and a possible impeachment.

As we’ve reported … Nancy Pelosi and the House of Reps. launched a formal impeachment inquiry last week after word got out about DT’s call this summer with the Ukrainian Prez … in which POTUS casually asked him to look into Joe Biden and his son, Hunter.

The White House even released a rough transcript of the call, and it couldn’t be any clearer — Trump asked the guy to get to the bottom of it, with the help of Attorney General William Barr and even his own personal attorney, Rudy Giuliani. Rudy denied wrongdoing, FWIW.

Well, when we asked RDN about it and whether Pence would be any better as Commander-in-Chief, Bob kinda surprised us by saying it’d be fine by him … temporarily.

Watch … it doesn’t sound like De Niro prefers Pence as the end-all solution, but if it gets Trump out as Prez — Bob says anti-Trumpers will cross that bridge when they get there. As for whether an impeachment will actually happen, he says time will tell.

What’s even funnier about this is the fact that even with all the buzz around his new flick — it’s supposed to be really good, so they say — he still couldn’t resist blasting DT.