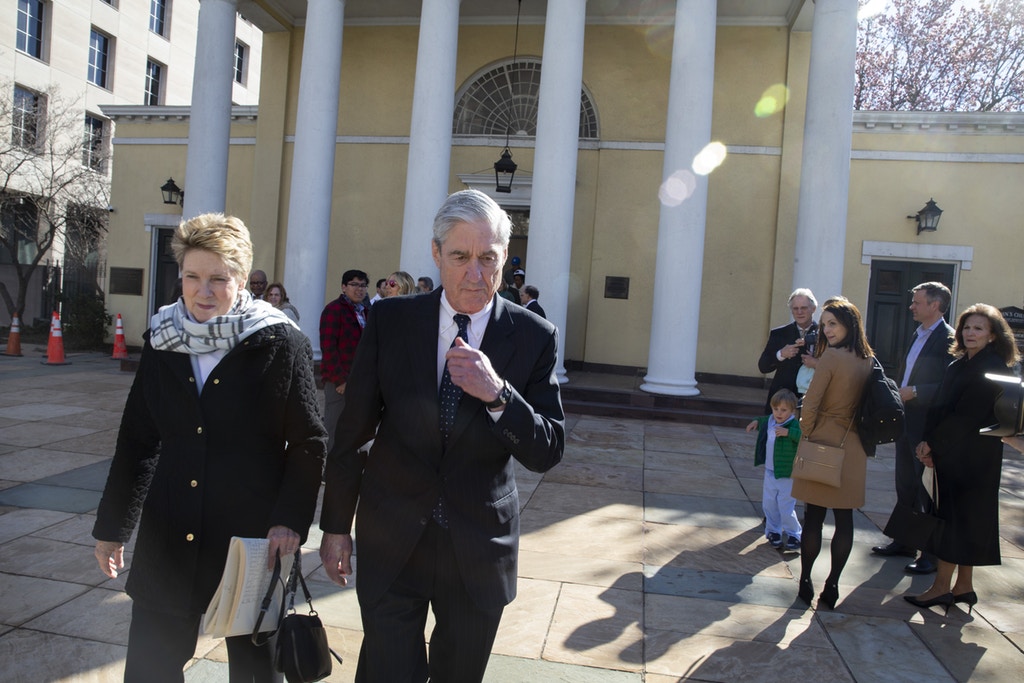 Brian Frosh is no Robert Mueller.

The little-known Maryland state attorney general lacks Mueller’s resume and gravitas. But Frosh is one of a legion of government officials, both in Washington and around the country, who are prepared to continue the fight against Donald Trump as Mueller’s special counsel probe comes to an end.

On Sunday, William Barr, Trump’s new attorney general, issued a summary of the findings of Mueller’s investigation, saying that the special counsel ultimately found no evidence that the Trump campaign had colluded with Russia to win the 2016 presidential election.

While Trump predictably declared himself exonerated, the most important fact was that Mueller was able to complete his investigation. That the special counsel conducted a comprehensive inquiry and followed it through to its natural end is an important sign that the U.S. system of checks and balances is bouncing back, and that the slide into a Trump autocracy has been halted.

That was not always a sure thing. Early in his presidency, Trump appeared eager to bulldoze the traditions, norms, and checks and balances that regulate the U.S. government and limit presidential power. And it looked like he might just get away with it. Trump fired FBI director James Comey to try to get rid of the Trump-Russia investigation, and then considered firing Mueller after he was named special counsel.

Eventually, Trump realized that would cause a firestorm of protest, and he backed down.

In hindsight, that seems to have been a watershed moment in the Trump presidency. Mueller was able to hang on by his fingernails and went on to investigate some of the most troubling questions ever raised about a president, including whether Trump had conspired with a foreign power to gain the White House.

While he ultimately concluded that there was no collusion between the Trump campaign and Russia, Mueller’s investigation still led to a series of guilty pleas and convictions of a number of high-profile people in Trump’s orbit.

Yet Mueller’s most important legacy may be that he helped keep the system of checks and balances from dying just long enough for others to take up the mantle.

That leaves plenty of room for officials like Frosh, who, along with the attorney general of the District of Columbia, has filed a lawsuit against Trump, arguing that the president’s continued business dealings – specifically, the operation of Trump’s hotel in Washington – violate the Constitution by enabling the president to receive “emoluments,” or payments, from foreign governments and states. Frosh and DC Attorney General Karl Racine argue that even as president, Trump has continued to have a financial interest in the hotel, which has become a cesspool of lobbyists and other favor seekers, including foreign officials who stay there when they are visiting Trump.

“I got a quick education in emoluments after Trump got elected,” Frosh told The Intercept. “It is very clear. The framers of the Constitution were very concerned that the president would be for sale, both to foreign governments and to others. These are bright lines, and no other President has tested these lines. Trump just blew through them.”

Frosh’s lawsuit has received a mixed reception in the courts, but it is just one of a growing number of signs that Trump is being curbed.

Mueller’s full report has not been made public, but in his letter to congressional leaders summarizing the special counsel’s findings, Barr wrote that Mueller found that the Russians did try to intervene in the 2016 election through two main avenues. The Internet Research Agency, a Russian organization, conducted a social media disinformation campaign to interfere in the election, while the Russian government conducted computer hacking operations against the Democrats and then leaked Democratic emails through intermediaries, including WikiLeaks.

However, Barr wrote, “the Special Counsel did not find that the Trump campaign, or anyone associated with it, conspired or coordinated with the Russian government in these efforts, despite multiple offers from Russian-affiliated individuals to assist the Trump campaign.”

Barr also said that Mueller didn’t decide whether Trump should be prosecuted for obstruction of justice as part of the inquiry. He said that Mueller laid out the evidence but “did not draw a conclusion – one way or the other – as to whether the examined conduct constituted obstruction.” Mueller didn’t conclude that Trump had committed a crime, but also did not exonerate him, Barr wrote. Since Mueller didn’t make a decision, Barr noted, he and Deputy Attorney General Rod Rosenstein concluded that there is not enough evidence to charge Trump with obstruction of justice.

One factor in their decision was Mueller’s conclusion that the evidence didn’t show that Trump was guilty of an underlying crime related to Russian meddling in the election, Barr wrote. His letter provided very few other details about Mueller’s findings.

Trump supporters will see the special counsel’s report as a vindication of the president, but its completion can also be read another way. Trump now faces a whole series of other inquiries, some of which stemmed from Mueller’s original investigation. Those other investigations likely include inquiries resulting from the case against Trump’s former lawyer Michael Cohen, as well as a probe of Trump’s inaugural committee.

Even as federal prosecutors have continued those inquiries, state officials have also joined the fray. In addition to Frosh from Maryland and Racine from the District of Columbia, other Democratic law enforcement officials, including Letitia James, New York’s newly-elected attorney general, have vowed to aggressively confront Trump. Earlier this month, meanwhile, the Manhattan District Attorney indicted former Trump campaign manager Paul Manafort on charges related to mortgage fraud, after Manafort had already been convicted in Mueller’s investigation.

Of course, one critical reason that the system of checks and balances is recovering is that the Democrats regained control of the House of Representatives in the 2018 mid-term election. Democratic control of the House means there can be aggressive congressional investigations into Trump for the first time. For the first two years of Trump’s presidency, the Republican-controlled Congress enabled Trump, and Republican leaders allowed themselves to become Trump’s lackeys. But now the House Intelligence Committee, Oversight, and Judiciary committees are all ready to pick up where Mueller left off.

“I think Congress is roaring back to life,” observed Kim Wehle, a law professor at the University of Baltimore.

Of course, Trump still has lots of advantages as he faces the next round of prosecutorial investigations and congressional inquiries. The Justice Department’s longstanding legal opinion is that a sitting president cannot be indicted in a federal criminal case, and any federal prosecutor who seeks to charge Trump will have to overcome that legal advice. (State prosecutors, however, would not face the same obstacle.) In addition, the Republicans still control the Senate, which makes impeachment virtually impossible, even if prosecutors find evidence of serious wrongdoing by Trump.

And hanging over everything is the 2020 presidential election. If Trump wins, he may be emboldened once again to try to destroy the nation’s system of checks and balances.

Inside the Brutal Power Struggle at Homeland Security

Veterans Affairs Police Are Supposed to “Protect Those Who Served.” They Have a Shocking Record of Brutality and Impunity.

Citing the Pandemic, CBP Has Expelled Newborn U.S. Citizens With Their Migrant Mothers