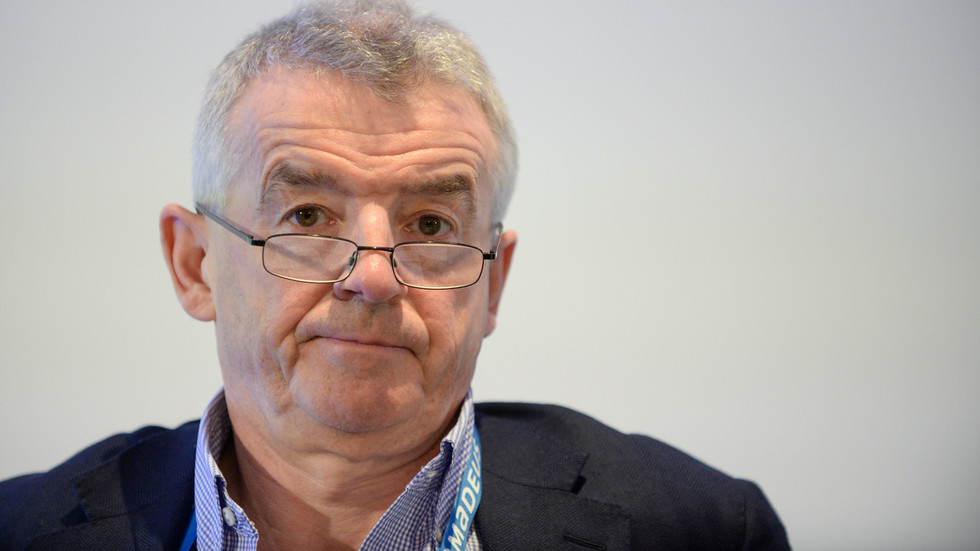 Ryanair CEO Michael O’Leary has described the UK’s coronavirus response as “shambolic” and warned that the impending 14-day quarantine rule for travellers entering Britain will be “useless.”

Following the government’s announcement on Wednesday that all passengers entering the UK would be required to quarantine upon arrival from June 8 onwards, the Ryanair boss came out all guns blazing, describing the scheme as confused and ineffectual.

“Regrettably, it’s been one shambles after another, of mismanagement, making it up as they go along, and the latest of which has been today’s frankly shambolic announcement of an ineffective and useless quarantine,” the boss of the Irish carrier said late on Wednesday.

Ryanair, which is Europe’s largest low-cost airline, has announced plans to run 40 percent of its usual flight schedule from July 1, subject to an easing of travel restrictions across the EU and UK.

However, the UK’s confusing rules for airlines in which passengers are expected to fill out a form which has yet to be published has irked the firebrand Irish entrepreneur, who called it an unnecessary burden on airlines, in combination with excessive government confidence in travellers to self-quarantine.

“Here, they’re asking people to fill in a nonexistent form on arrival at Heathrow or Gatwick, then get on to London Underground or the trains, buses, public transport, stop off in Tesco, maybe go to Halfords before you reach your quarantine address,” O’Leary continued.

The normally divisive figure, known for not pulling his punches where his company’s bottom line is concerned, has received reluctant support from some online. But his critics were as vocal as ever, with many criticizing the lackadaisical approach Ryanair has adopted to refunding passengers for cancelled flights.

“Not a fan of Michael but he does have a point. The government couldn’t even enforce quarantine on their own staff (Dominic Cummings) and wants to control thousands of people coming through the border,”wrote one user.

Meanwhile some questioned the intentions behind O’Leary’s remarks.

O’Leary also claimed that his beleaguered staff were approximately 40 percent of the way through processing a backlog of some 35 million refunds, totaling almost €1.2 billion.

The CEO confirmed that passengers will be required to wear face masks when flights resume, but said there would be no requirement for social distancing on flights.