Social media users have expressed doubt after Nigel Farage, who championed the Brexit movement, announced he would no longer be… 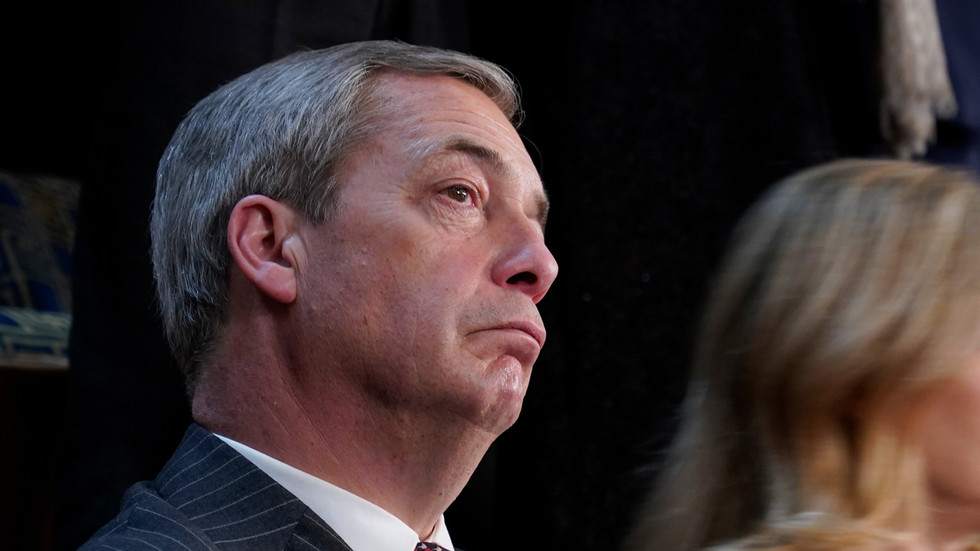 Social media users have expressed doubt after Nigel Farage, who championed the Brexit movement, announced he would no longer be playing an active role in politics, noting that he’s made similar pronouncements in the past.

In a video message posted to Twitter, Farage said he would be stepping down as leader of Reform UK, a recent rebranding of his Brexit Party. Launched in November, the political outfit was billed as a challenge to the government’s “woeful” Covid-19 policies.

He said Brexit had been his “life’s work” of nearly three decades and he had “achieved” what he set out to do.

“I feel my political career, in the sense of actively leading a political party, I think now’s the moment for me to say, look, I’ve done it,” Farage said.

This is why I’m standing down as leader of Reform UK.I will continue to play my part through the media, social media and new projects.My thanks go out to the many millions that helped change the course of history forever. pic.twitter.com/F9m0sCAW57

The former UKIP leader and MEP said he fully supported Reform UK and would hold an honorary position in the party, adding that he wasn’t “going away” and would continue to “fight and battle for change”.

The Brexit crusader said he would still be active on social media and would now be focusing on combating the Chinese Communist Party’s alleged influence in the UK, as well as the UK education system’s “indoctrination” of children.

The announcement triggered a wide range of responses. Many had a hard time believing Farage would never again take an active role in politics, as he has made similar vows in the past. After the 2016 Brexit referendum, he resigned as leader of UKIP, telling supporters he wanted to return to private life. Two years later, he took the reins of the Brexit Party as the UK government fumbled its way through negotiations to leave the EU.

Nigel Farage has quit politics more times than Cher has had comeback tours.

Given Nigel Farage’s resignation record he’ll be back in charge by – checks notes – Monday ?

Those on social media who accepted Farage’s statement at face value reflected on what the move would mean for British politics. Love him or hate him, he is one of “the most consequential politicians of this generation”, noted one observer.

Others appeared to rejoice at his apparent departure from politics, pointing to longstanding allegations that Farage’s nationalist, anti-immigration agenda had injected xenophobia and vitriol into the UK’s political discourse.

Labour parliamentarian David Lammy claimed Farage had no job in politics to quit because “voters rejected him each of the seven times he tried to become an MP”.