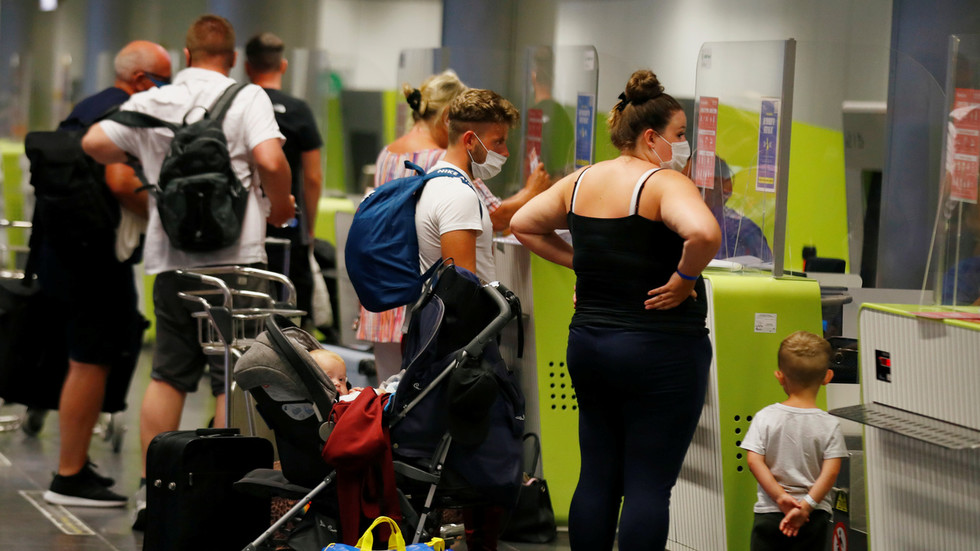 The UK Labour Party has called out the government’s sudden decision to make Britons returning from Spain enter a two-week quarantine in response to a spike in Covid-19 cases in the country.

“The way in which this decision has been made in the last 24 hours is frankly shambolic,” Labour health chief Jonathan Ashworth told Sky News on Sunday.

The UK announced on Saturday night that any travelers who hadn’t returned from Spain by midnight would have to self-isolate for 14 days. The country was suddenly taken off the UK’s safe travel list over fears of a second Covid-19 wave, shocking and frustrating the public and the travel industry.

The opposition health policy minister said that he understands why the government decided to impose a quarantine, because one of Prime Minister Boris Johnson’s “big blunders” back in March was not quarantining people returning from Spain, France and Italy, as “that’s how the virus was seeded.”

Still, Ashworth insisted that British people on holidays in Spain have had no time to plan for a quarantine, including Transport Secretary Grant Shapps, whose department announced the change. “You couldn’t make it up,” Ashworth said of Shapps’ situation. “I think that tells you everything about the government’s approach to this.”

Also on rt.com Staying grounded or crashing and burning? The airline industry is facing the worst crisis in its history

More than 900 new cases were reported in Spain on Friday, with spikes in cities like Barcelona and Madrid, sparking fears of a second wave in Europe. The UK reported 767 new cases on Saturday. There have been 297,914 cases and over 45,000 deaths from the virus in Britain since the pandemic began.

In June, Johnson was criticized for not imposing a UK lockdown earlier, to which he said it was “premature” to make judgments and that he had taken the steps “that we thought were right for this country.” The country went into full lockdown on March 25.