Authorities in Perth, in western Australia, have released details of a terrifying incident in which a Great White Shark encircled… 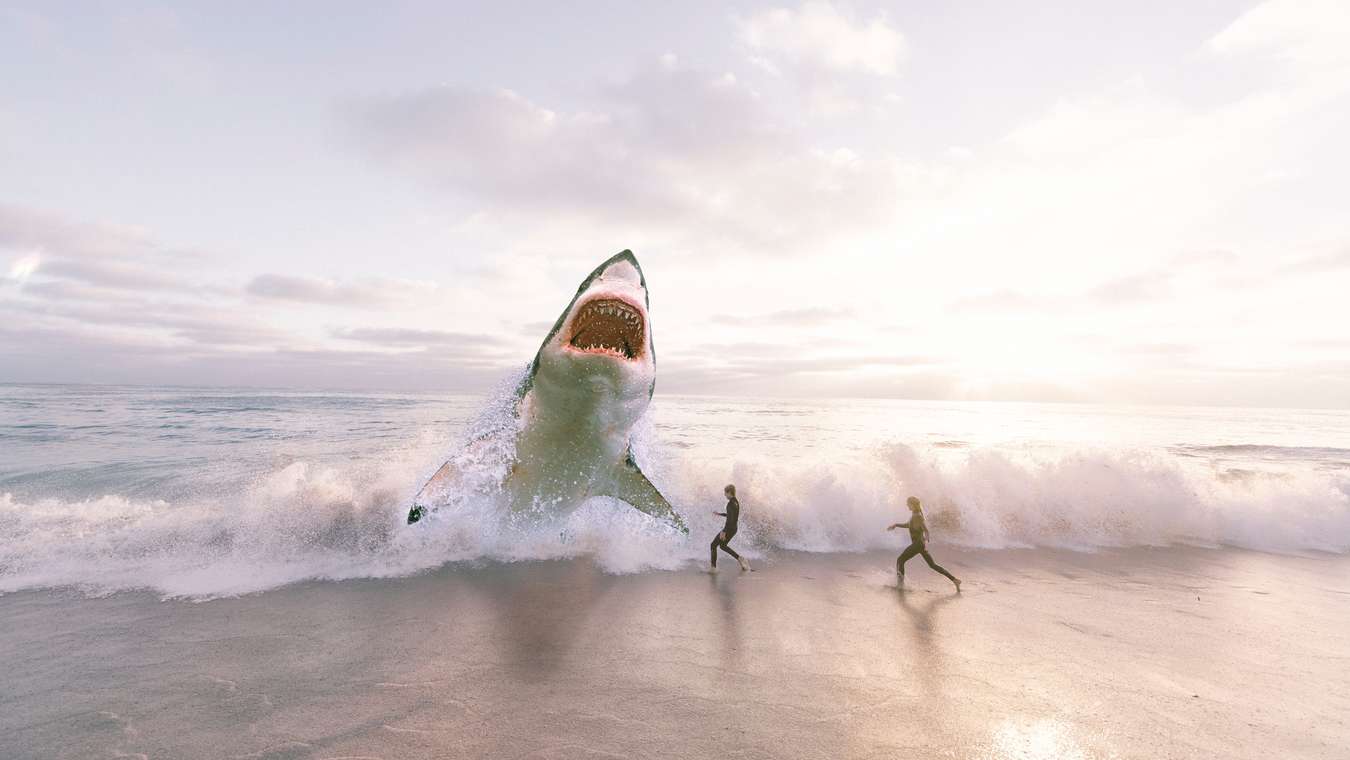 Authorities in Perth, in western Australia, have released details of a terrifying incident in which a Great White Shark encircled a group of surfers in order to attack them, followed them out of the water, and pursued them over a sandy beach.

The three surfers, Bruce Davis, Mandy Davies, and Greg Bonkers, who had been only yards from the shore when the shark first showed itself, were able to get to the safety of the beach, but were astonished to see the beast follow them out of the water.

The trio bolted in separate directions, but, possibly knowing Greg had a strange surname, the shark gave chase to him.

Actually, it ‘shuffled’ after him.

After a brief pursuit, it gave up, being unable to make ground on him, and returned to the water, no doubt disappointed, and still hungry.

Despite the incredible nature of the story, it’s not the first time it’s happened.

In a similar incident in 1993, another Great White Shark mounted the beach in the same waters, chased a man along its length, took a shortcut over some wasteland, crossed a road, entered the town center, and climbed aboard a bus, before being asked to leave the vehicle by the driver, when it couldn’t tender the correct fare.