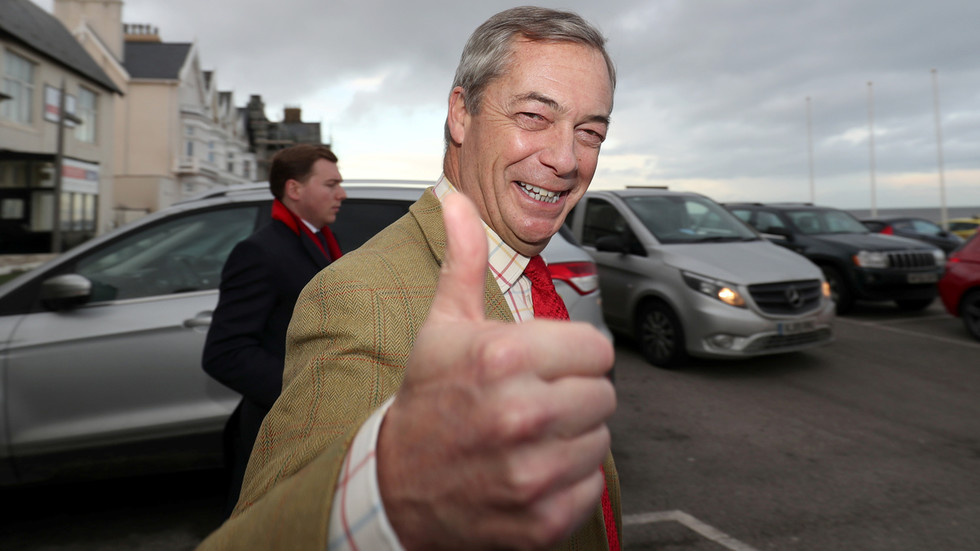 The prospect of Brexit Party leader Nigel Farage receiving a knighthood in the UK’s New Year Honours list has been met with a mixture of delight and dismay in equal measure on social media.

According to the UK government’s website, the annual list “recognises the achievements and service of extraordinary people” across the country. One lucky recipient of such an honor could be Farage, who is rumored to be in line for a knighthood, primarily for his long-running campaign to see Britain leave the European Union.

Also on rt.com Victory for Brexit, but not Brexit Party: Farage says he’s ‘comfortable’ with winning no seats in UK election

The thought of such a prestigious accolade for the 55-year-old politician has, perhaps quite predictably, caused ructions on social media. An avalanche of comical memes and gifs have been tweeted by his allies and detractors.

Many of Farage’s supporters have come out to praise his contribution to the Brexit debate with some suggesting that the UK would “still be waiting for a [EU] referendum” without him.

A number of his critics appeared dumbfounded that such a title for the arch Brexiteer could even be contemplated. One person tweeted that if he is knighted then she’ll be having her “own Brexit and leaving the UK!!!”

The New Year Honours list consists of knights and dames, appointments to the Order of the British Empire, and gallantry awards to servicemen and women, and civilians. Individuals are nominated by UK government departments and members of the public with the Queen informally approving the list.