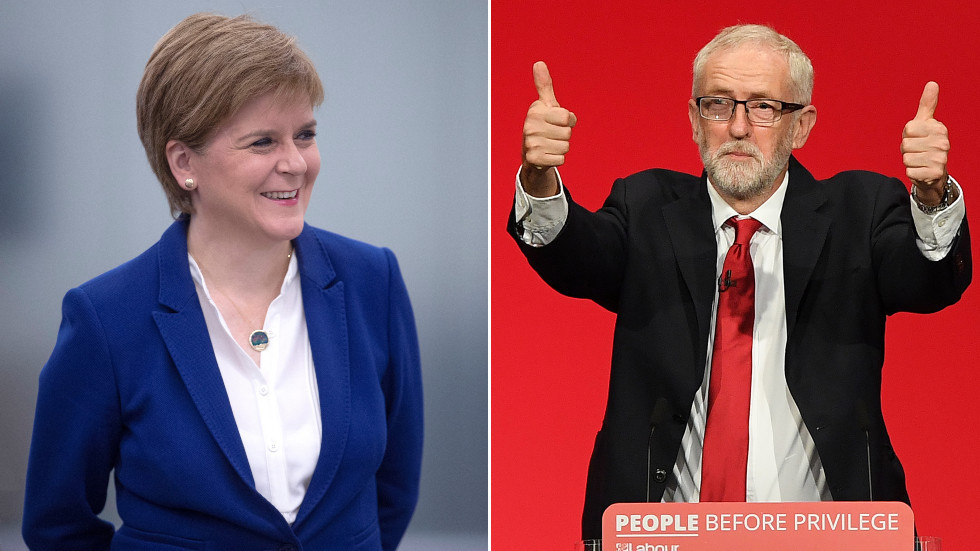 The Scottish National Party, led by Nicola Sturgeon, insists PM Boris Johnson can’t be left unopposed to oversee a no-deal Brexit, calling for a caretaker PM to secure an extension, with Jeremy Corbyn the prime candidate.

Sturgeon hinted on social media on Friday that Johnson could not be trusted to abide by the law and request a Brexit delay from Brussels, something he is legally obliged to do by October 19 if he has failed to secure a deal.

The SNP leader claims a vote of no confidence (VONC) in Johnson’s government is the best way to avoid the UK crashing out of the EU without a deal on October 31.

VONC, opposition unites around someone for [the] sole purpose of securing an extension, and then immediate General Election.

Agree with this. VONC, opposition unites around someone for sole purpose of securing an extension, and then immediate General Election. Nothing is risk free but leaving Johnson in post to force through no deal – or even a bad deal – seems like a terrible idea to me. https://t.co/VYSOLLdR21

Some, such as the Daily Telegraph’s political correspondent Harry Yorke, have interpreted the “someone” to be Labour’s leader.

“This is a big move. By someone, she means Jeremy Corbyn,”tweeted Yorke.

It puts pressure on the Liberal Democrats to follow suit. Their leader Jo Swinson has insisted that they could not back Corbyn as an interim prime minister, preferring someone who she feels would have more support.

The convention is for the Queen to ask the leader of the opposition party to form a government in the event the sitting administration is voted down.

Qantas boss: Governments ‘to insist’ on vaccines for flying