Spread the love As a result of an Oregon Supreme Court ruling, Oregonians will no longer be forced or feel… 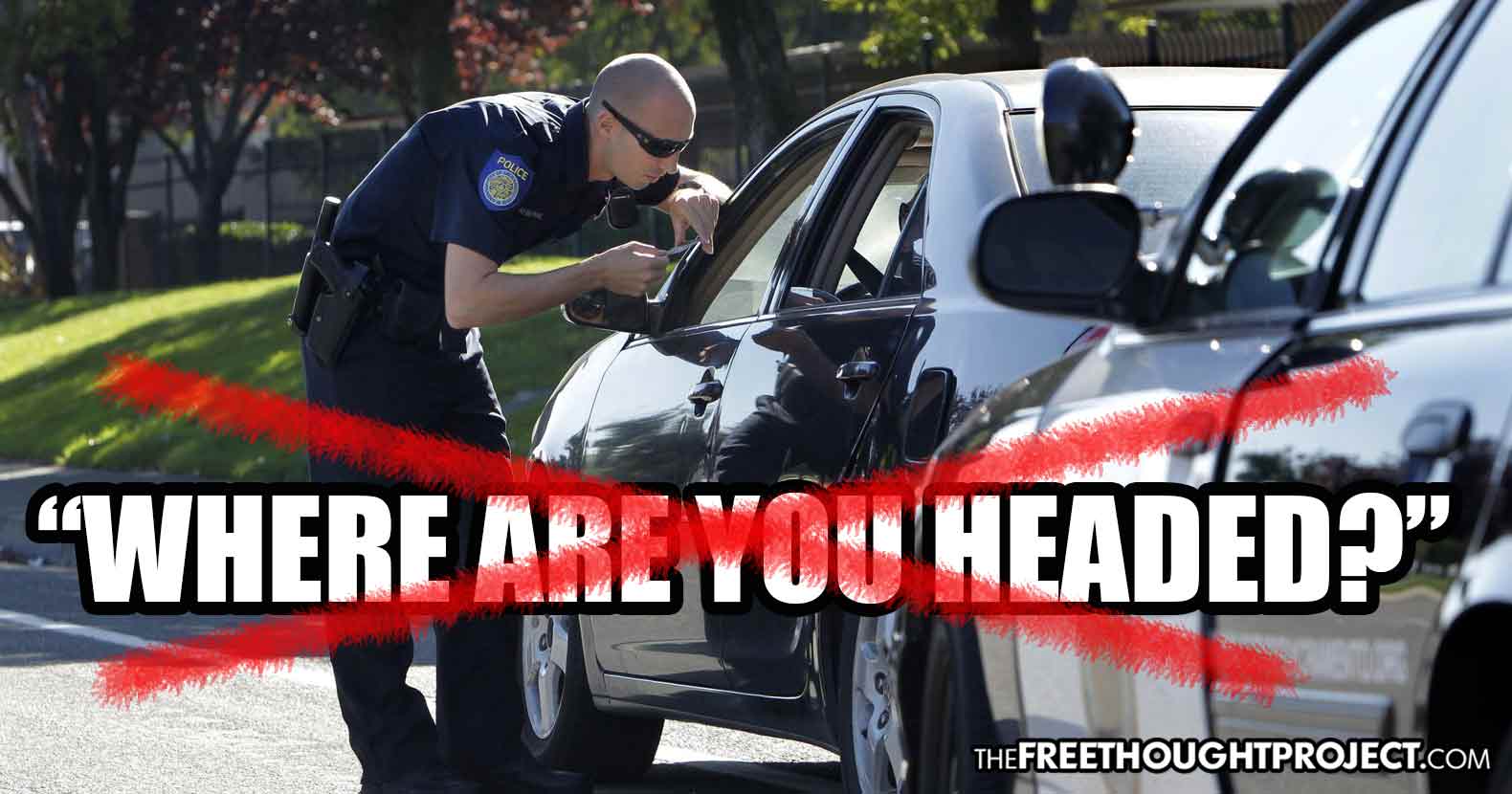 As a result of an Oregon Supreme Court ruling, Oregonians will no longer be forced or feel compelled to answer random questions from police officers in an attempt to get citizens to incriminate themselves by consenting to a search of their vehicle or persons, for example. In other words, the Oregon State Supreme Court ruled if they pull you over for a faulty license plate light bulb, the officers must then keep their questioning to the matter at hand, the fact one’s light bulb is out.

The case presented to the Oregon court was that of Mario Arreola-Botello who got charged by Beaverton police for possession of meth after getting pulled over for failing to use his turn signal while changing lanes. According to court documents:

Officer Faulkner of the Beaverton Police Department observed defendant’s vehicle change lanes and turn with- out signaling. Faulkner initiated his patrol car’s overhead lights, and defendant pulled over. Faulkner approached defendant’s vehicle and requested his driver’s license, reg- istration, and proof of insurance. Defendant was able to immediately produce his license but spent about three to four additional minutes searching for his registration and proof of insurance.

As TFTP has consistently reported, police officers are then trained to ask probing questions in an attempt to get motorists to allow them to search their vehicle. When an officer of the law is then allowed to search a vehicle, criminal charges can and most often do result — even when they are entirely innocent grandmas. Such was the case against Arreola-Botello. The documents revealed:

While defendant was searching, Faulkner asked him questions. Defendant, who primarily speaks Spanish, was having difficulty understanding the questions in English. At the beginning of the traffic stop, a passenger in the vehicle helped interpret Faulkner’s questions, but she left after Faulkner told her that she was free to do so. Faulkner asked defendant about the presence of weapons, drugs, or other illegal items in the vehicle and requested consent to search the vehicle.

Arreola-Botello did what many motorists do, he consented, and allowed Faulkner to go into his vehicle. That’s when the nightmare started for the defendant in the case against the State of Oregon

Defendant responded, “Sure, okay,” and consented to the search.1 During the search, Faulkner located a small package on the door between the driver’s seat and the door. Faulkner examined the package, found it to be consistent with drug packaging, and observed a substance in the package that he believed was methamphetamine. Faulkner placed defendant under arrest.

The young man who was pulled over for failing to use his blinkers was then charged with a very serious drug crime and forced to then fight for his freedom. Fortunately, he fought and won the right for every Oregonian to not be trapped or coerced into consenting to an illegal search of their property or persons.

The state charged defendant with possession of methamphetamine, ORS 475.894. Before trial, defendant moved to suppress the evidence obtained during the traffic stop, arguing that Faulkner had violated his constitutional rights by unlawfully expanding the scope of the lawful traffic stop into matters unrelated to the purpose of the stop, such as whether defendant possessed drugs.

In its decision, the Oregon Supreme Court concluded an officer cannot venture into unrelated questioning even when there is a lull in the contact with police. The court writes:

In sum, we conclude that, for the purposes of Article I, section 9, all investigative activities, including investigative inquiries, conducted during a traffic stop are part of an ongoing seizure and are subject to both subject-matter and durational limitations. Accordingly, an officer is limited to investigatory inquiries that are reasonably related to the purpose of the traffic stop or that have an independent constitutional justification. Put simply, an “unavoidable lull” does not create an opportunity for an officer to ask unrelated questions, unless the officer can justify the inquiry on other grounds.

The ruling now made official means motorists no longer have to endure what seem like frivolous requests to drag out an otherwise inconvenient traffic stop for extortion into a search of one’s vehicle or person.

Cops are now restricted by law (although we are fairly confident cops will ignore the law and do what they want) to asking questions related solely to the reason for the traffic stop and nothing more.

In other words, cops in Oregon cannot stop you for a minor moving violation and then turn the search into a criminal one just because they’re trained to violate one’s constitutional rights.

Unfortunately, people are now aware of their rights and will continue to voluntarily submit to agents of Police State USA unaware the potential risks in doing so. Know your rights people.