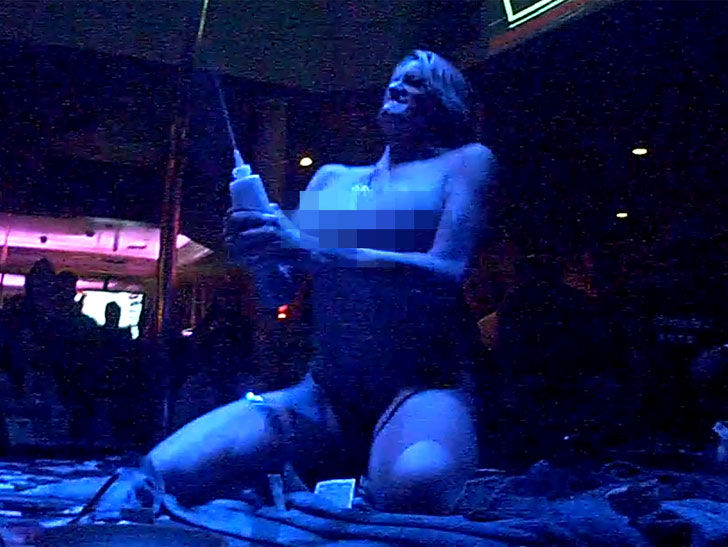 One thing’s for sure … Stormy Daniels knows where her bread’s buttered … and soaked in baby oil, apparently — ’cause she raked in big money in a New Orleans strip club Wednesday night.

Stormy was spraying herself down, and spitting up a mysterious white liquid, while shaking her money makers at NOLA’s Penthouse Club. Besides the baby oil, she got showered in a lotta green … as patrons showed their appreciation for her umm … art.

President Trump‘s nemesis made did an America-heavy set … stripping, grinding and gyrating to “American Woman,” “American Girl” and “Every Rose Has Its Thorn.” Not-so-hidden messages to 45, ya think?

She reportedly charged fans $ 20 for a photo, and another $ 20 per autograph.

This video makes it clear … even if Stormy doesn’t take Trump down — in court, that is — the controversy’s paying off big-time for her day job.