Media playback is unsupported on your device A volcano in the Philippines has begun spewing lava, as authorities warn that… 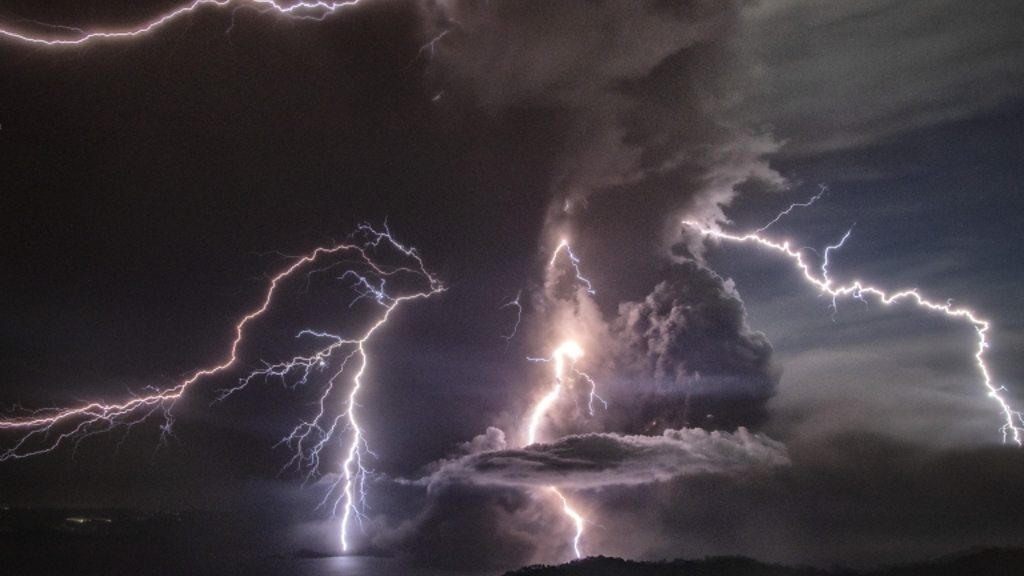 A volcano in the Philippines has begun spewing lava, as authorities warn that a “hazardous eruption” is possible “within hours or days”.

In the early hours of Monday, a weak flow of lava began seeping out of Taal volcano – located some 70km (45 miles) south of the capital Manila.

Taal had earlier emitted a huge plume of ash, triggering the mass evacuation of 8,000 people from the area.

Taal is the Philippines’ second most active volcano.

Situated on an island in the middle of a lake, it is one of the world’s smallest volcanoes and has recorded at least 34 eruptions in the past 450 years.

Authorities in the surrounding province, Batangas, have declared a “state of calamity”, signifying major disruption.

On Sunday, the volcano emitted a giant plume of ash, with rumbling sounds and tremors also reported.

A total of 75 earthquakes have occurred in the Taal region, with 32 of these earthquakes ranking 2 and higher on the earthquake intensity scale, said Phivolcs.

“Taal volcano entered a period of intense unrest… that progressed into magmatic eruption at 02:49 to 04:28… this is characterised by weak lava fountaining accompanied by thunder and flashes of lightning,” the Philippine Institute of Volcanology and Seismology (Phivolcs) said in a statement.

But Phivolcs director Renato Solidum said that signs of a hazardous eruption, including “flows of ashes, rocks, gas at speeds of more than 60km/h horizontally” had not yet occurred, according to CNN Philippines.

Phivolcs has now raised the alert level from 3 to 4, out of a maximum of 5.

Authorities have also warned of a possible “volcanic tsunami”, which can be trigged by falling debris after an eruption, pushing the water and generating waves.

The UN Office for the Co-ordination of Humanitarian Affairs (OCHA) says that more than 450,000 people are estimated to live within the 14km danger zone of the Taal volcano.

Ash fell on several areas nearby with residents advised to wear masks. One resident in metro Manila said shops had begun to run out of masks.

“When I went to my car, I saw it was covered in ash. I hurriedly went to buy a mask from a drugstore but they had run out,” Angel Bautista, a resident of Paranaque told Reuters.

The government has warned retailers not to hike mask prices amid the surging demand.

Earthquakes and volcanic activity are not uncommon in the Philippines, which lies along the Ring of Fire – a zone of major seismic activity, which has one of the world’s most active fault lines.

In the distance Taal continued to billow ash and smoke miles into the sky. As the morning went on the ash clouds became darker.

Police manning a 14km exclusion zone stopped people from travelling into the area close to the volcano, but there was a steady flow of cars and trucks moving out.

On the back of one pick-up truck, I saw a large family with their treasured household possessions. They were moving in the direction of the Philippine capital Manila, where many people are choosing to stay with relatives.

The volcanic ash had forced Manila’s international airport to suspend all flights on Sunday. Phivolcs had warned that the “airborne ash and ballistic fragments from the eruption… posed hazards to aircrafts”.

The Civil Aviation Authority announced later on Monday that it had resumed “partial operations” as of 10:00 local time (02:00 GMT) for flights departing the airport and 12:00 for arrivals.

The Philippine stock exchange also announced it would halt all trading on Monday.

President Rodrigo Duterte’s office has also ordered the suspension of government work in Manila and the closure of all schools in the capital.

Do you have any questions about the Taal volcano?

In some cases your question will be published, displaying your name, age and location as you provide it, unless you state otherwise. Your contact details will never be published. Please ensure you have read our terms & conditions and privacy policy.

Use this form to ask your question:

If you are reading this page and can’t see the form you will need to visit the mobile version of the BBC website to submit your question or send them via email to YourQuestions@bbc.co.uk. Please include your name, age and location with any question you send in.