Health Secretary Matt Hancock has faced a fiery backlash after heaping praise on the Daily Mail’s “initiative”, through which the… 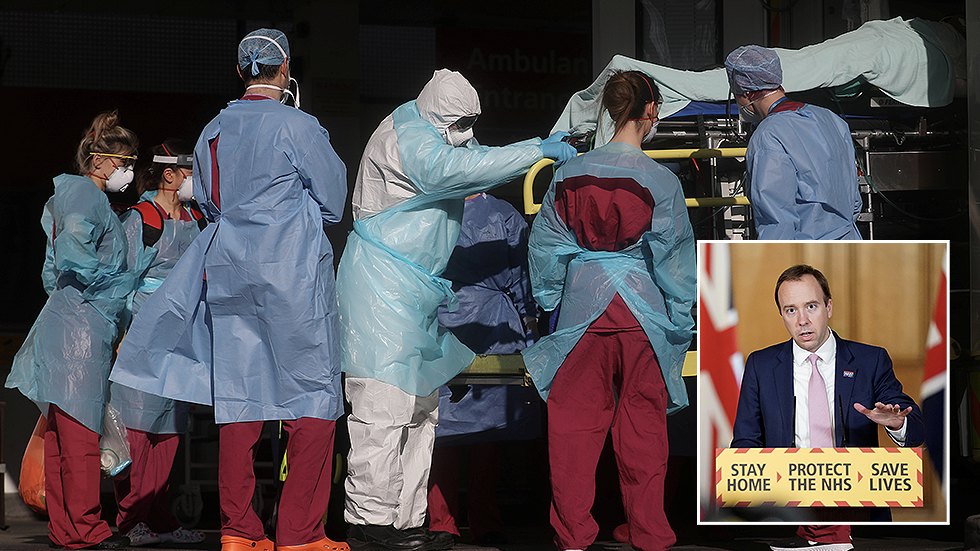 Health Secretary Matt Hancock has faced a fiery backlash after heaping praise on the Daily Mail’s “initiative”, through which the UK government has acquired more than 20 tons of personal protective equipment (PPE) from China.

On Tuesday night, Hancock tweeted out a photo of its front page, revealing that, through its new charity, Mail Force, the newspaper publisher had airlifted 150,000 pieces of PPE, including coveralls and masks, from Beijing.

The health minister – who has, for months, been batting away criticism about the lack of PPE for frontline health and social care workers, citing “global shortages” – tweeted:“A brilliant initiative from @DailyMailUK in our national effort to tackle #coronavirus.”

Hancock’s joyous tone received an angry response on social media, with many left confused as to why a British newspaper can seemingly easily acquire a large shipment of vital gear for NHS and care home staff, but the UK government cannot.

High-profile British businesswoman Deborah Meaden exclaimed: “Good Lord!! Where do I start?” and Richard Murphy, a professor of international political economy, wondered why Hancock appeared to be “celebrating this clear indication of his failure.”

Four thoughts. First The Mail should not need to do this. Second, modesty would not go amiss. Third, this is a drop in the ocean. Fourth, what is Hancock doing celebrating this clear indication of his failure? https://t.co/MnGAX4XvRN

There were some who poked fun at Hancock’s apparent lack of self-awareness, and others who lambasted him for overseeing a change in PPE guidance for frontline workers, who have been told they may “reuse” equipment in extreme circumstances.

Another wondered, if the Daily Mail “can get its hands on £1m worth of PPE, why does our own government find it so difficult?”

Check out Matt Hancock, celebrating the Daily Mail for having organised PPE the Tory government has failed to provide.Like a restaurant chef praising diners for having brought in a lunchbox (“phew that gets me out of a bind, because I couldn’t be bothered to order ingredients”) https://t.co/9UGk64akv0

Hancock says he would re-use PPE if clinical guidance said so as he defends Government strategy. Apparently stocks are low worldwide but yet this morning he congratulated Daily Mail for their ‘initiative’ of finding PPE 🙄. #ToryLiesCostLiveshttps://t.co/KvURZxQkXo

More than 100 UK health and social care workers are known to have died from Covid-19 since the start of the outbreak. The number of confirmed coronavirus cases in the UK has meanwhile reached 161,145, according to the Department for Health and Social Care. Over 21,000 people have now died from Covid-19 nationwide – 586 in the past 24-hour period.