The 39 migrants who were discovered dead in a refrigerated truck container at Waterglade Industrial Park in Grays, Essex, in… 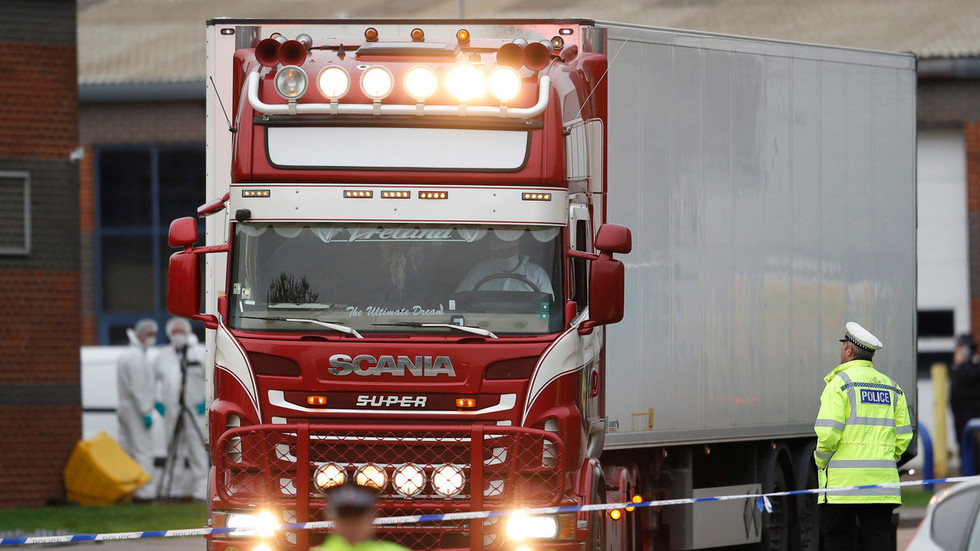 The 39 migrants who were discovered dead in a refrigerated truck container at Waterglade Industrial Park in Grays, Essex, in the early hours of Wednesday morning were Chinese nationals, police have confirmed.

In a statement on Thursday morning, Essex police revealed that 38 of the victims are believed to be adults, with an additional, younger female adult also found dead.

“…eight of the deceased are women and 31 are men and all are believed to be Chinese nationals,” the police confirmed.

They have launched an inquiry and are continuing to question the driver of the lorry, Mo Robinson, 25, who was arrested on suspicion of murder.

The police had initially stated that the vehicle had entered the UK via Holyhead in north Wales, but have since confirmed that the trailer had arrived separately into Purfleet, Essex, on the River Thames, from Zeebrugge in Belgium.

Authorities have revealed that the tractor unit – the front part of the truck that hauls the container – came from Northern Ireland and had picked up the trailer at Purfleet. The lorry and trailer left the port at Purfleet shortly after 01:05.

Richard Burnett, chief executive of the Road Haulage Association, said temperatures in refrigerated trailers could be as low as -25C, meaning conditions for people inside would have been “absolutely horrendous.”

On Wednesday, UK Prime Minister Boris Johnson said he was “appalled by this tragic incident in Essex” and that he was receiving regular updates from the Home Office.

Qantas boss: Governments ‘to insist’ on vaccines for flying