By David Stockman ​The Donald’s action to ash-can the Iranian nuclear deal marks the War Party’s complete and baleful triumph…. 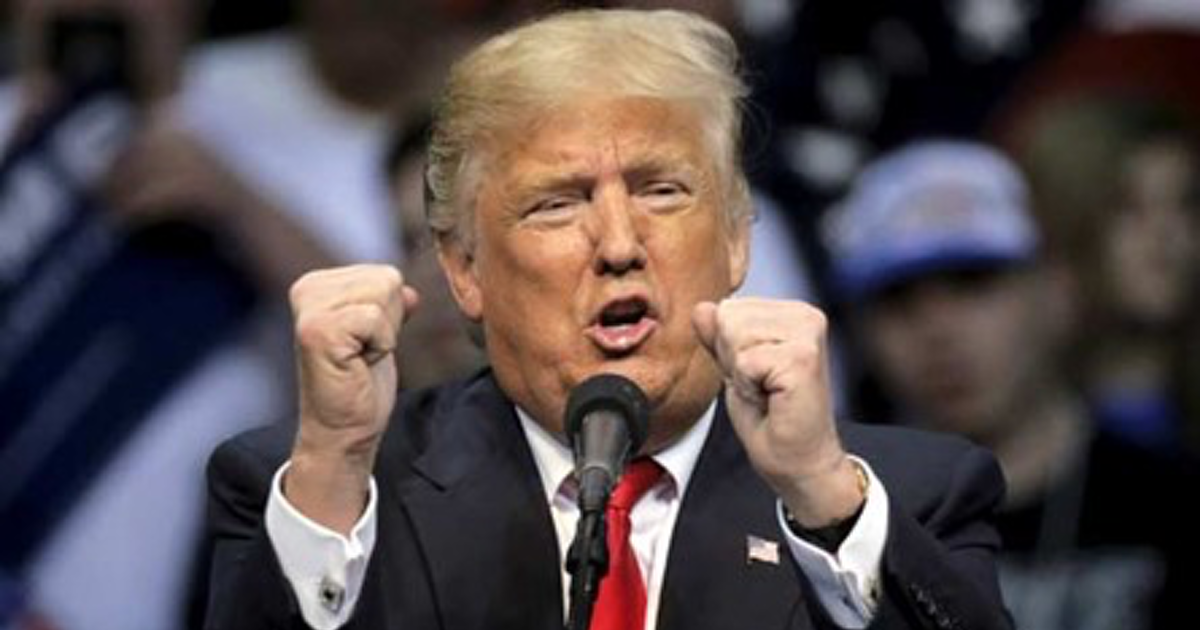 ​The Donald’s action to ash-can the Iranian nuclear deal marks the War Party’s complete and baleful triumph. There is now nothing much left of America First.

Trump’s reckless, unwarranted and utterly irrational action will pull Washington ever deeper into an incendiary middle eastern vortex of political and religious conflict that has absolutely nothing to do with the safety and security of the America people.

To the contrary, picking a fight with Tehran is an exercise in unprovoked Imperial aggression. The Iranian regime has no means to attack America militarily and has never threatened to do so. Nor has it invaded any other country in the region where it was not invited by a sovereign government host.

Even Iran’s minor skirmishes with American forces in recent years have been owing to the happenstance of Washington’s far-flung imperial ventures.

For example, Washington destroyed Saddam’s Sunni/secular government in Iraq and installed a Shiite regime in Baghdad, thereby leaving the Sunni lands of western Iraq in chaos. Only then did Baghdad invite their shiite co-religionists from Iran to help excise the scourge of ISIS that formed from the remnants of Saddam’s army and government.

Likewise, Washington and its allies sent thousands of jihadist warriors and billions of aid and supplies into Syria to topple its dully elected government. Only then did the Alawite (Shiite) Assad regime invite help from its confessional compatriots in Tehran.

And you can’t find any more ludicrous example of the cat calling the kettle black than the Donald’s claim that Iran is a terrorist state because it is aligned with the Shiite population of Lebanon represented by Hezbollah.

For crying out loud. The War Party pretends Washington has turned much of the middle east into rubble and barbarism in order to spread democracy — whether they wanted it or not, and whether they were ready for it or not.

But Lebanon is a serviceable democracy and last weekend Hezbollah and its allies — including certain Sunni factions — won an overwhelming election victory. They now control a clear majority in its legislature, where Hezbollah will have the power to name a new Prime Minister (a Sunni) and Speaker of the Parliament (a Shiite) — both of whom will be pledged to work with the country’s Christian president.

That particular outcome of democracy the War Party can’t abide. But it fairly violates the english language itself to call it state sponsored terrorism.

In a similar vein, the Houthi tribe of Shiites have dominated much of northern and western Yemen for centuries. So when a Washington installed government in Sana’a was overthrown, the Houthi took power in northern Yemen — as had been the case during the long expanse from 1918-1990 when the two Yemens were finally unified.

But it is the Houthis who are the victims of aggression by the brutal Saudi bombing campaign that has left more than 10,000 civilians dead and the land plagued with famine, cholera, rubble, and economic collapse.

There is no telling which faction in Yemen’s fratricidal civil war and invasion by Saudi Arabia is the more barbaric, but the modest aid provided by Iran to its Shiite kinsman in northern Yemen is absolutely not a case of state sponsored terrorism.

In a word, the Donald has fallen hook, line and sinker for the War Party’s lie- and propaganda-filled demonization of the Iranian regime. We have debunked this false history elsewhere, but suffice to say that it boils down to two very imperialist propositions.

To wit, that Iran is not entitled to have its own foreign policy via alliances with Iraq, Syria, the dominant party of Lebanon, or the official government in Sana’a Yemen because Washington (and Israel) say so; and that it’s not allowed to have even intermediate and medium range missiles (that can’t reach either the US or most of Europe) to defend itself — even though Washington has armed its far wealthier Sunni rival across the Persian Gulf with upwards of $ 250 billion of America’s most advanced warplanes, attack helicopters, missiles, drones and sundry other accoutrements of war.

And that is to say nothing of a tiny residual capacity to enrich uranium to 3.5 percent purity (compared to 90 percent weapons grade) for civilian power reactors on fewer than one-fifth of the oldest and slowest centrifuges it had before the 2015 nuke deal.

Nor does it consider that all 17 US intelligence agencies certified in an official NIE (national intelligence estimate) in 2007 and again in 2011 that Iran only had a small weaponization research program between 1999 and 2003, which was then abandoned and never restarted.

Moreover, the documentary proof of that was thoroughly investigated by the IAEA after the 2015 deal, which then re-validated that the Iranian weapons program was indeed disbanded in 2003.

In short, the Donald has fallen for a pack of lies and distortions that are only remotely plausible if the aim is to find enemies and territories around the planet to police, occupy or otherwise hegemonize. And to thereby keep the Warfare State in business, its $ 800 billion budget funded, and the Imperial City’s vast beehive of think-tanks, contractors, NGOs, lobbyists, and racketeers in clover.

The invincible grip on power of the above — the Deep State for short-hand purposes — has now been proven. And that’s a full-on tragedy because the Donald’s inchoate notion of America First was an incipient challenge to its power — the only one since the end of the cold war.

To be sure, Donald Trump never had a coherent or articulated notion of America First. But all of his impulses were in the right direction.

Perhaps like renegade Sarah Palin before him, for example, he could see Russia from his airy on the 68th floor of Trump Tower and recognize that it is no threat whatsoever to America’s security.

That is, from his perch the Donald could gaze upon metro New York’s $ 1.6 trillion of GDP, which is greater than the entirety of Russia’s economy ($ 1.5 trillion GDP); and whether he knew the precise numbers or not, his impulse toward rapprochement with Putin was spot on.

Likewise, whether he had gotten George Bush’s folly in Iraq right on day one or not — he was loud and clear in his consistent denunciation years before Hillary sprouted her dawkish feathers.

Nor was he any less correct when he averred that NATO was obsolete. After all, the GDP of the EU-29 is 10X larger than Russia’s, and their combined military spending is 4X greater.

If you’re not a prisoner of Imperial Washington’s twisted group think you cannot possibly believe that Russia’s supremely rational leader — Cool Hand Vlad — intends to militarily assault his European neighbors. He’d like to supply their markets, not occupy their cities — something that anyone except the demented, self-serving bureaucrats of NATO can easily understand.

Ditto for Afghanistan, Syria, Yemen, Libya, Somalia et. al. They aren’t cold war “dominoes” because the Soviet Union slithered off the pages of history 27 years ago; they don’t threaten America directly, either, because they don’t have two dimes to rub together economically or militarily; and whether they affiliate with the Saudi-Sunni axis or the Iran-Shiite crescent makes not one damn bit of difference for the safety and security of American citizens in Lincoln NE or Springfield MA.