Menifee, CA (IAK) — Reuters reported Wednesday on the latest “alleged car-ramming incident” in which a Palestinian was killed at an Israeli military…

Menifee, CA (IAK) — Reuters reported Wednesday on the latest “alleged car-ramming incident” in which a Palestinian was killed at an Israeli military checkpoint. The news story – from the outlet that reaches “more than one billion people every day” – was brief, yet included statements from both an Israeli police spokesperson and a relative of the Palestinian man who was killed.

While this may suggest that the coverage of the incident was balanced, in reality, it was not.

This is part of two ongoing – and longstanding – trends: impunity on the part of Israel in its violent policies toward Palestinians, and a strong pro-Israel bias in American mainstream media (MSM).

Below is a look how Reuters reported the alleged car-ramming incident. Original (abridged) text is in italics; additional details are from (MSM source) Associated Press, and (alternative news sources) Mondoweiss, the New Arab, Democracy Now!, Palestine News Network, and the Palestinian Center for Human Rights (PCHR), as well as two Israeli online newspapers (two articles from Ha’aretz and one from Times of Israel) and Twitter.

Concluding remarks on the coverage of the Palestinian issue follow.

JERUSALEM (Reuters) – Israeli police on Tuesday shot dead a Palestinian man who they said had tried to ram his car into an officer at a military checkpoint in the occupied West Bank.

Israeli police spokesman Micky Rosenfeld said the 27-year-old [Ahmed] Erekat lightly injured an officer when he drove his vehicle into a barrier at a checkpoint near the town of Abu Dis, east of Jerusalem.

Palestinian officials questioned the police’s account of Ahmad Erekat’s death. They said he was rushing to nearby Bethlehem to pick up family members from a hair salon on his sister’s wedding day.

“(He) got out of the car and approached officers who responded by shooting” him.

PCHR, the Palestinian Center for Human Rights, includes details that paint a clearer, more accurate picture of the incident, as well as providing background information on the victim – factual information that gives the reader a completely different perspective on Ahmed Erekat:

“On Tuesday, 23 June 2020, Israeli occupation forces (IOF) killed a Palestinian civilian after opening fire at his vehicle, which collided into the traffic island in the center of al-container military checkpoint, east of Bethlehem.

“According to PCHR’s investigations and eyewitnesses’ testimonies, at approximately 15:53 on Tuesday, Ahmed Mostafa Mousa Erekat (26), from Abu Dis village in occupied East Jerusalem, was waiting in queue at al-container military checkpoint in eastern Bethlehem, to cross into Bethlehem where he was supposed to pick up his mother and sisters from a beauty salon in the city and return to Abu Dis village to attend his sister’s, Eman, wedding.

“At approximately 15:55, when Erekat vehicle approached the checkpoint, it deviated from its path and collided into the traffic island opposite the glass room where Israeli border guard soldiers stationed. The soldiers immediately opened fire at the vehicle, wounding Erekat with several live bullets in his upper body.”

Video showed Israeli troops placing a plastic sheet over the man, who lay shirtless on the ground next to his vehicle.

Again, PCHR provides missing information: “They pulled him out of the vehicle, threw him on the ground and prevented Palestinian Red Crescent Society (PRCS)’s medical crew from approaching him or providing first aid; leaving him to bleed to his death on the dirt at the checkpoint.” 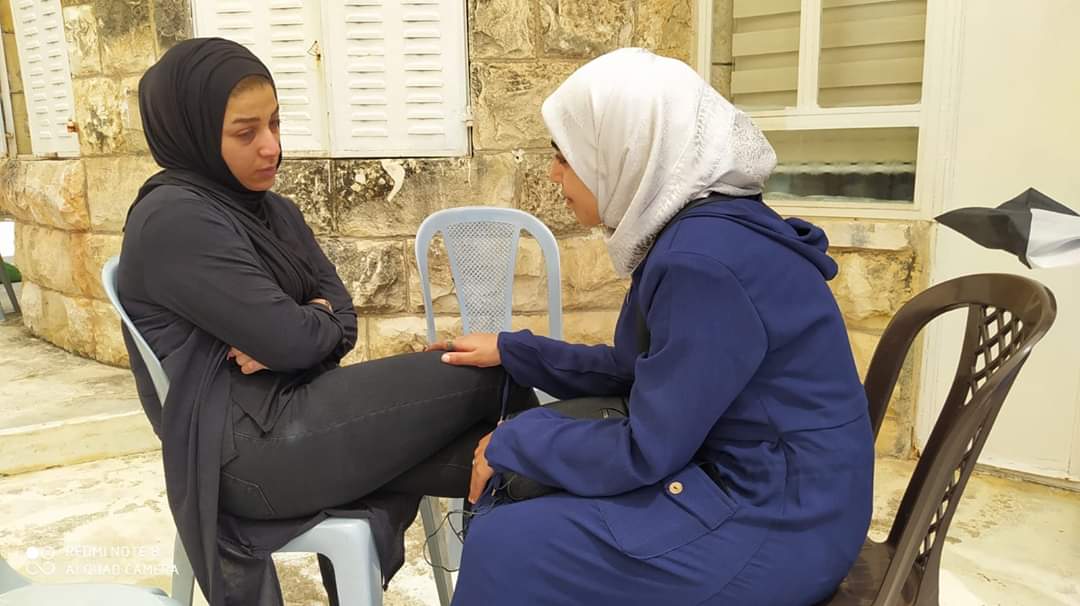 The Israeli paper Ha’aretz corroborates, “Video footage obtained by Haaretz shows Erekat was left to bleed to death for at least 30 minutes, sources say, and was not given immediate medical treatment.”

Ha’aretz also adds that the Israeli police officer “who was injured lightly” was “evacuated to a Jerusalem hospital.”

Elsewhere, a Ha’aretz op-ed by a relative adds the detail that Erekat’s body was taken away by the Israeli police, and has been since withheld from his family.

Comments on the incident

Saeb Erekat, secretary general of the Palestine Liberation Organization, said the man killed was his relative, and that his wedding was set for next week.

“This young man was killed in cold blood. What the occupation army (Israeli military) claims, that he was trying to run someone over, is a lie,” he said.

On Twitter, Noura Erekat, the well-known Palestinian American attorney, author, and human rights activist echoed her relative’s sentiment as she addressed Israel’s accusation that Ahmed Erekat was a terrorist: “You lie. You kill. You lie. This is my baby cousin,” adding, “The only terrorists are the cowards who shot to kill a beautiful young man and blamed him for it.”

You lie. You kill. You lie. This is my baby cousin. He was on his way to pick up his sister from the salon for her wedding tonight. He was 27 & full of life. His name is Ahmed. The only terrorists are the cowards who shot to kill a beautiful young man and blamed him for it. https://t.co/M7FPgyu6I2

Palestinian Center for Human Rights again brings in critical details about the checkpoint killing: “PCHR stresses that IOF used disproportionate force, especially that the victim posed no real threat to the soldiers’ lives in light of the heavy fortifications at the checkpoint.”

Tensions have risen in recent weeks with Israeli Prime Minister Benjamin Netanyahu’s cabinet due on July 1 to begin discussing annexation of the West Bank, territory Israel captured in a 1967 war and that Palestinians seek for a state.

Palestinians vehemently oppose the annexation plan, as do most world powers.

(The annexation plan is illegal under international law, and seeks Israeli sovereignty over land illegally captured in 1967. Israel has relocated – again, illegally – hundreds of thousands of Israeli Jews on this Palestinian land. Its annexation would result in Palestinian “bantustans” and the permanent loss of self-determination and justice for the Palestinian people.)

This statement from AP is loaded: Palestinians are labeled “attackers,” – not even using the word “alleged,” or acknowledging the many instances, like Ahmed Erekat’s, when there is doubt about Israeli claims. The IDF has allegedly planted weapons on or next to dead Palestinians, apparently to justify their deaths. A notable example: in 2015, a 16-year-old boy was killed at the same checkpoint where Erekat was killed; after the incident, Israeli police are believed to have planted a knife on him.

(In instances where a Palestinian clearly does attack an Israeli, the context of a decades-long brutal occupation, part of an ongoing genocide, is key to understanding the incident.)

In an interview with Democracy Now!, Noura Erakat reminded viewers of the bigger questions behind the killing: “Why is there a checkpoint between Bethlehem and Abu Dis, two Palestinian cities? Why are there checkpoints anywhere? Just think about those questions as we answer this broader question of the context that Ahmed was killed in.” (See her full interview here.)

PCHR continues the thought: “It should be noted that al-container military checkpoint separates villages located in south-eastern occupied East Jerusalem from eastern Bethlehem.”

Times of Israel references a leader of the Abu Dis Popular Resistance Committee member: “[Dr. Abdullah] Abu Hilal claimed that the Container Checkpoint, where Ahmad was shot, was notorious in Abu Dis for the degree of harassment Palestinian residents received by Israeli soldiers while crossing.” 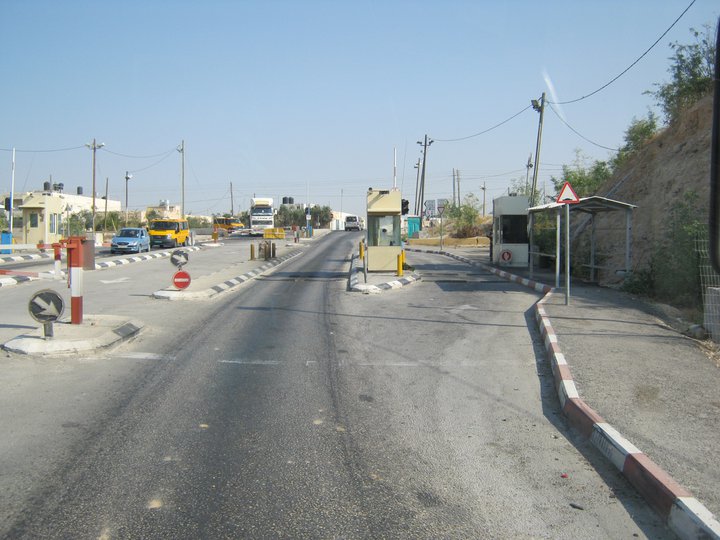 The container checkpoint where at least 4 Palestinians have now been killed. Photo | PNN

The New Arab quotes several Palestinian sources, including Omar Shakir, the director of Human Rights Watch for Israel-Palestine, who said that Erekat’s death was part of a series of “daily gut-wrenching outrages” that “stem from decades-long failure of [the international] community to hold Israel to account for serious abuses.”

Palestinian academic Yara Hawari tweeted, “Palestinians live in a space-time continuum of trauma. Just as we start to move on from one loss, another happens almost immediately. It’s a space of constant grieving and hurt. Imagine what that does to our bodies. It’s exhausting.”

Hanan Ashrawi, a PLO top leader, released a statement condemning the killing and demanding an end to Israel’s “kill first, justify later” policy. She added, “[Israel] attempted to slander Ahmad and excuse his murder. It is part of a tragically familiar pattern, where Israel habitually uses false pretexts that are all too familiar now to justify the murder of Palestinians by trigger happy soldiers.”

Palestine News Network points out that Ahmed Erekat is the 316th Palestinian body to be withheld from its family. Most are buried in “cemeteries of numbers,” where they are reserved for Israel as bargaining chips. This is a violation of international law.

Early in 2018, If Americans Knew presented a study on how the Associated Press reports the deaths of Israelis and Palestinians. The study showed that AP had completely different ways of reporting on the two groups (much the same is true of other news outlets, as IAK has shown elsewhere). Inaccurate reporting on the Ahmed Erekat incident is an example of the trend that is at least half a century old:

In AP’s 2018 news reports on deaths, the headlines reported on on Israeli deaths at a rate nearly four times greater than they reported on Palestinian deaths.

Reports on Israeli deaths included statements by high ranking officials condemning the attacks. These were often strongly worded, politically charged statements that conveyed the Israeli narrative: “[Israel will] do everything possible in order to apprehend the despicable murderer”; “There is no justification for terror…This is not the path to peace!” “Hamas praises the killers and PA laws will provide them financial rewards. Look no further to why there is no peace.”

By contrast, these AP reports rarely included statements by Palestinian officials condemning the killing of Palestinians, which would have provided another perspective for readers…

Such Palestinian viewpoints, largely accurate and readily available, were never reported in the AP articles on deaths.

Nowhere in these reports does AP tell readers that the U.S. gives Israel over $ 10 million per day. Without this information, American readers will incorrectly feel this is a foreign issue that has nothing to do with them.

Basic information that would give the reader an understanding of the context of the hostility is absent.

This phenomenon of poor journalism even in world-class news outlets may partly be blamed on pro-Israel manipulation of reporting.

At a time when the world is crying out for justice, it behooves Israel to reverse its destructive policies toward Palestinians – and responsible journalism to ignore the bullies and tell the truth.

Feature photo | Israeli police linger around the body of a Ahmed Erekat. Erekat was killed by Israeli police at a checkpoint near Jerusalem, June 23, 2020. Mahmoud Illean | AP

Across the U.S., Trump Used ICE to Crack Down on Immigration Activists