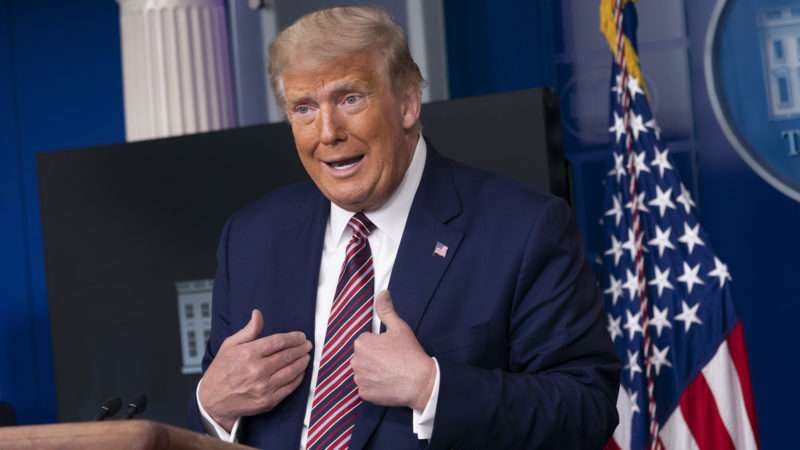 That hasn’t stopped people from discussing Trump’s inventive accounting, to a chorus of sputtered outrage by Trump’s legion of critics, the vast majority of whom miss a simple point: The tax code is a big, complicated mess because major-party politicians—including those Republicans who insincerely promise to fit the entire form “on a postcard”—like it just fine that way, and voters do not punish them for perennially exacerbating the exasperating status quo.

So argue Nick Gillespie, Peter Suderman, Matt Welch, and Katherine Mangu-Ward on this week’s Reason Roundtable podcast. The gang also previews tomorrow night’s presidential debate (including those unfairly excluded from it), grapples with the Supreme Court nomination of Amy Coney Barrett, and makes a number of editorially questionable sound effects.

Relevant links from the show:

“Amy Coney Barrett and the Problem of Conservative Judicial Deference,” by Damon Root

“Amy Coney Barrett Demolishes the Qualified Immunity Claim of a Detective Accused of Framing a Man for Murder,” by Jacob Sullum

“Partisan Poppycock Does Not Trump the Constitution on SCOTUS Picks,” by Jacob Sullum

“Antebellum Is Empty Social Commentary Disguised as a Horror Movie,” by Peter Suderman